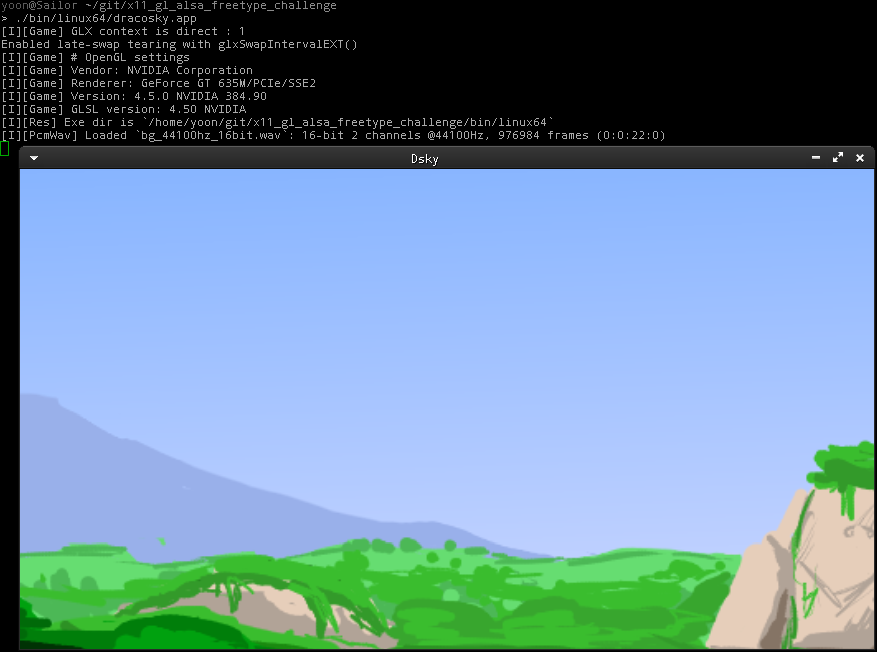 Make a game for Linux with no "external" run-time dependencies such as SDL2, within a normal week-end.

At least C11 with the -Wall option or similar (and compilation should not generate warnings);

Portability should be considered, but is not mandatory;

Write everything, including the Makefile, by hand;

When looking for docs/references, try each of these in order :

More or less follow Rust's style with regards to case for type vs. variable names, etc.

The game's codename is "dsky", short for "dracosky", a far earlier attempt at a game jam with SDL2.

The game avoids matrices like the plague because I'm too lazy to implement them, but obviously I'd care if it was something I would ship.

For reasons, Day 2 was actually split into small periods of time the few following days. These were mostly improvements over Day 1, and I've lost track of these. I'll let the commits speak for themselves I guess ???

You should be fine running the executable (if I distribute one) out-of-the-box on amd64, however for compiling you'll need (provided I haven't left out anything):