Sign up
Slate Plugins for the latest version of slate. https://slate-plugins-next.netlify.com/
Find file

Built on top of Slate framework, slate-plugins-next enables you to use a list of customizable plugins for your Slate editor.

Try out the existing ones and create your own plugins!

A list of provided plugins extracted from official examples.

A plugin for each type of element. All of these use renderElement. 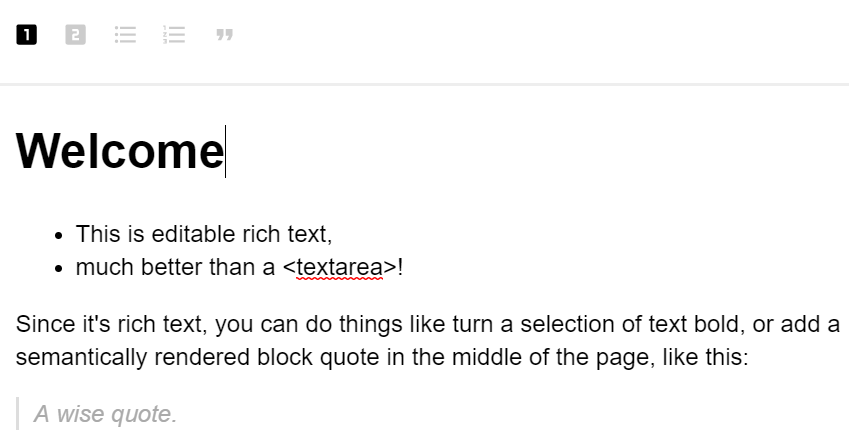 A plugin for each type of leaf. All of these use renderLeaf.

You will also need these peerDependencies:

You can use this repository to share your own plugins.

If your plugin is tree-shakeable, you can add it to packages/slate-plugins.

Lint, build and push a release to git and npm will ask for version in interactive mode - using lerna.

Slate is a powerful editor framework that helps you deal with difficult parts when building an editor, such as events handlers, elements, formatting, commands, rendering, serializing, normalizing, etc.

While you are trying to build your own editors, it still need a lot of efforts to make something similar to Quill or ProseMirror. This repository allows you to build your editor right away with minimal slate knowledge.

For simplicity, a single package slate-plugins-next has been published to share all the plugins. It's not a problem as it is tree-shakeable. However, a few plugins use external dependencies. These should be moved into their own package in the future.