Take 10 is a bot that gets you back to work. Just tell it how much time you wanna procrastinate--ten minutes tops--and it'll inundate you with messages until you finally get the hell off. Try it on Facebook Messenger. It's built as Node.js app running on Heroku. Much of the logic comes Jerry Wang's tutorial. 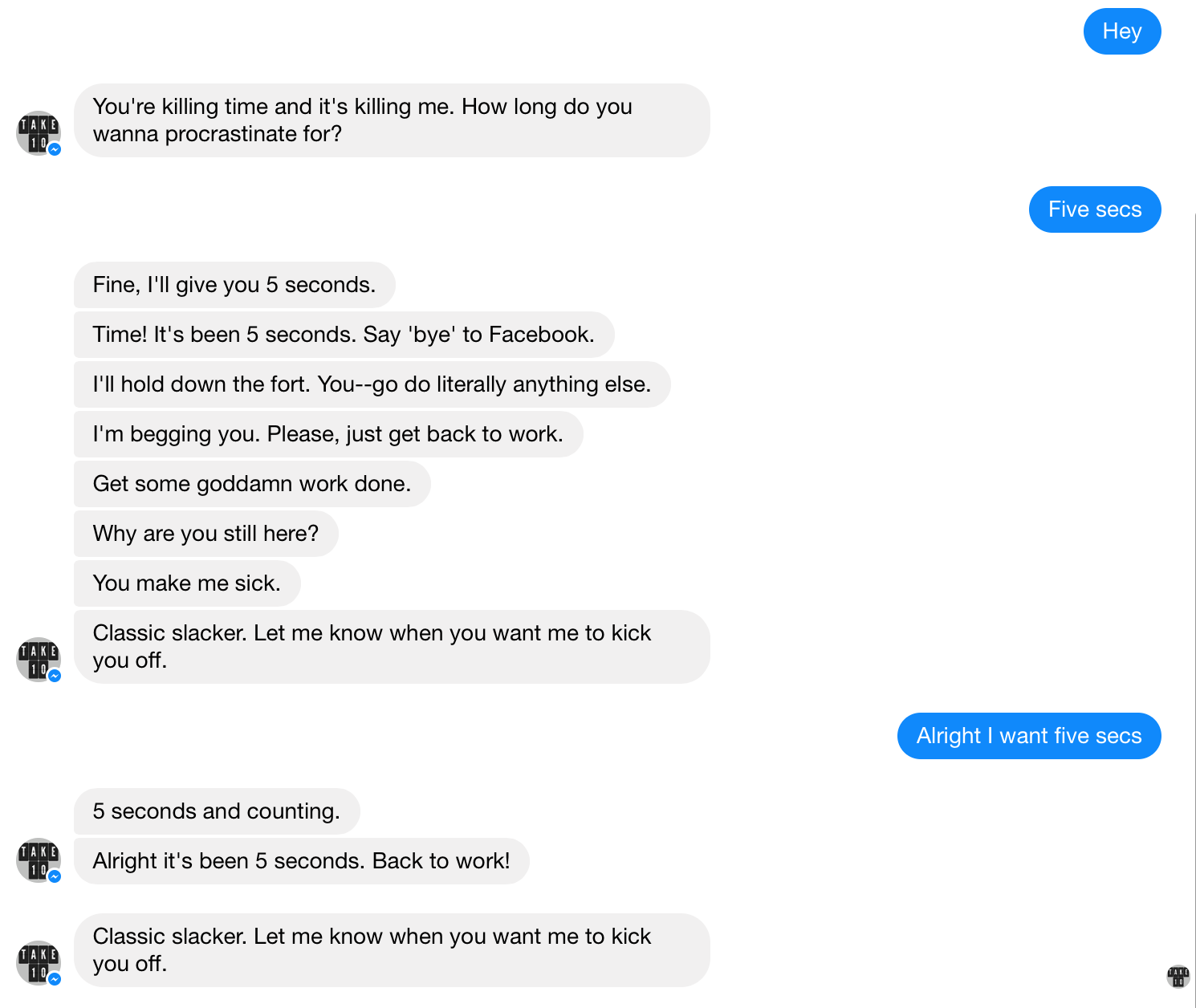 When you go back to work and then return to Facebook, it'll remember you from before and prompt you to enter another time.

Equipped with a Facebook app, make sure to set up:

duration.js converts a duration written in plain text into a number of seconds. Example input:

Since it's measuring time duration, it maxes out at the unit thousand. For these purposes it's fine, though.

readable.js converts a time in seconds into human-readable text. It simplifies however possible, using hours, minutes and seconds.

Note: the bot caps the duration at 10 minutes. For one, it's consistent with the name, but also I wanted to avoid running a JavaScipt timer over such a long time.