DENDRO, stands for Dna based EvolutioNary tree preDiction by scRna-seq technOlogy, is an R package, which takes scRNA-seq data for a tumor (or related somatic tissues) and accurately reconstructs its phylogeny, assigning each single cell from the single cell RNA sequencing (scRNA-seq) data to a subclone (Figure 1). Currently there is no phylogenetic reconstruction framework specifically designs for scRNA-seq dataset due to biological dropout (i.e. burstness), sequencing error, and technical dropout. DENDRO perfectly tackles this problem with a Bayesian framework (Beta-Binomial), and achieves high clustering accuracy .

In addition, before conducting a single cell RNA-seq experiment on a tumor sample, it is important to project how subclone detection power depends on the number of cells sequenced and the coverage per cell. To facilitate experiment design, we developed a tool, DENDROplan (Figure 2), that predicts the expected clustering accuracy by DENDRO given sequencing parameters. As a result, researchers can design experiment parameters, such as sequencing depth and number of cells, based on DENDROplan's prediction.

If you have any questions or problems when using DENDRO or DENDROplan, please feel free to open a new issue here. You can also email the maintainers of the corresponding packages -- the contact information is shown under Developers & Maintainers.

Install to R/RStudio Install all packages in the latest version of R.

If you observe error with Biobase try the following and then try reinstall.

This DENDRO package includes two analysis tools: (1) DENDRO, a phylogenetic tree construction with real dataset such as tumor and hematopoesis scRNA-seq, and (2) DENDROplan, which help design experiment by predicting the accuracy of DENDRO cluster given inferred clonal tree structure, cell number and sequencing depth. Overall pipelines are shown below. 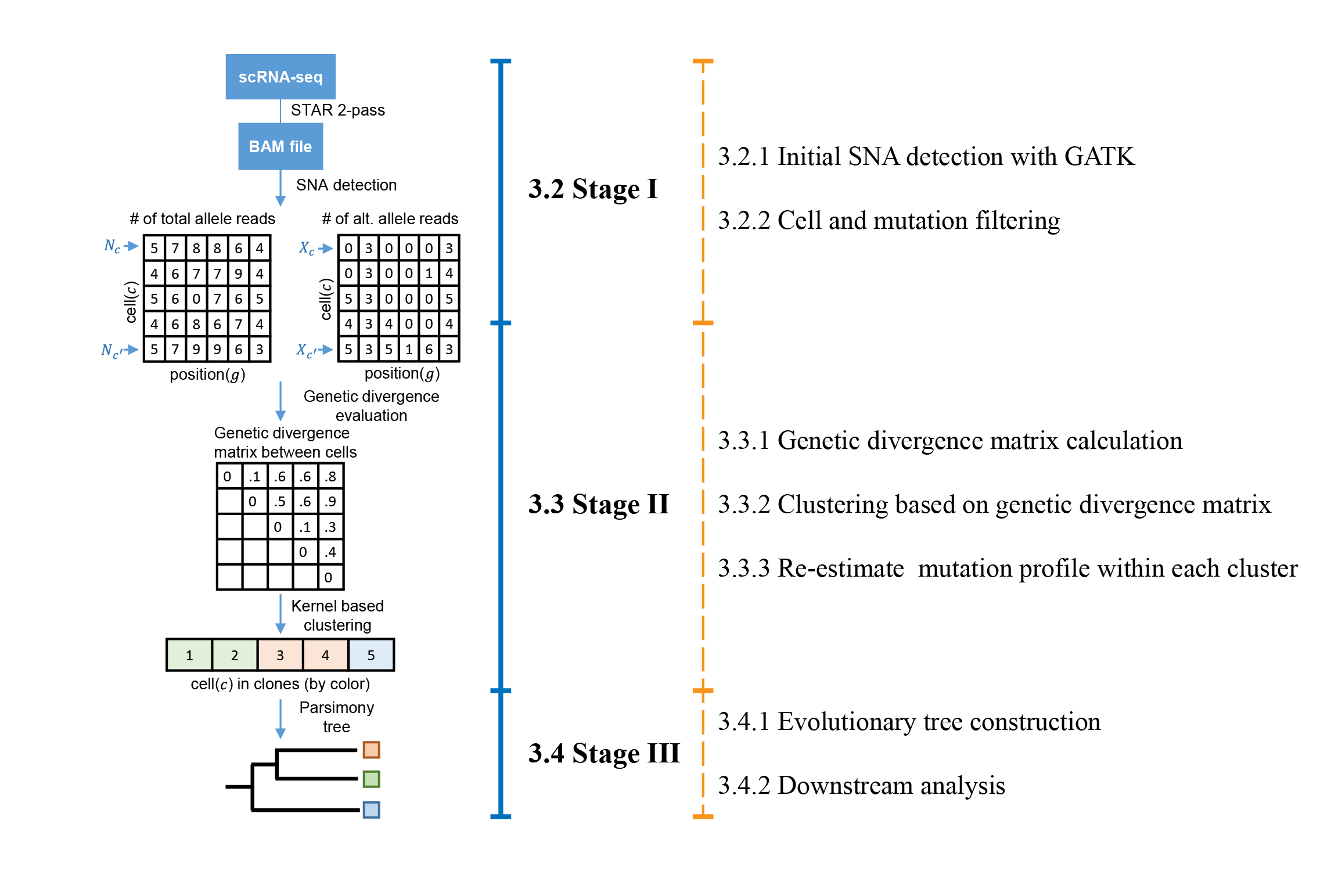 Figure 1. A flowchart outlining the procedures of DENDRO. DENDRO starts from scRNA-seq raw data. We recommend STAR 2-pass method for mapping because it is more robust with splicing junction. SNA detection was applied to mapped BAM files. Both counts of total allele reads and counts of alternative allele reads for each cell $c$ at mutation position $g$ are collected. In the next step, a cell-to-cell genetic divergence matrix is calculated using a genetic divergence evaluation function. DENDRO further clusters the cells and pools cells from same cluster together and re-estimate SNA profiles. Based on the re-estimated SNA profiles, DENDRO generates a parsimony tree which shows the evolution relationship between subclones. 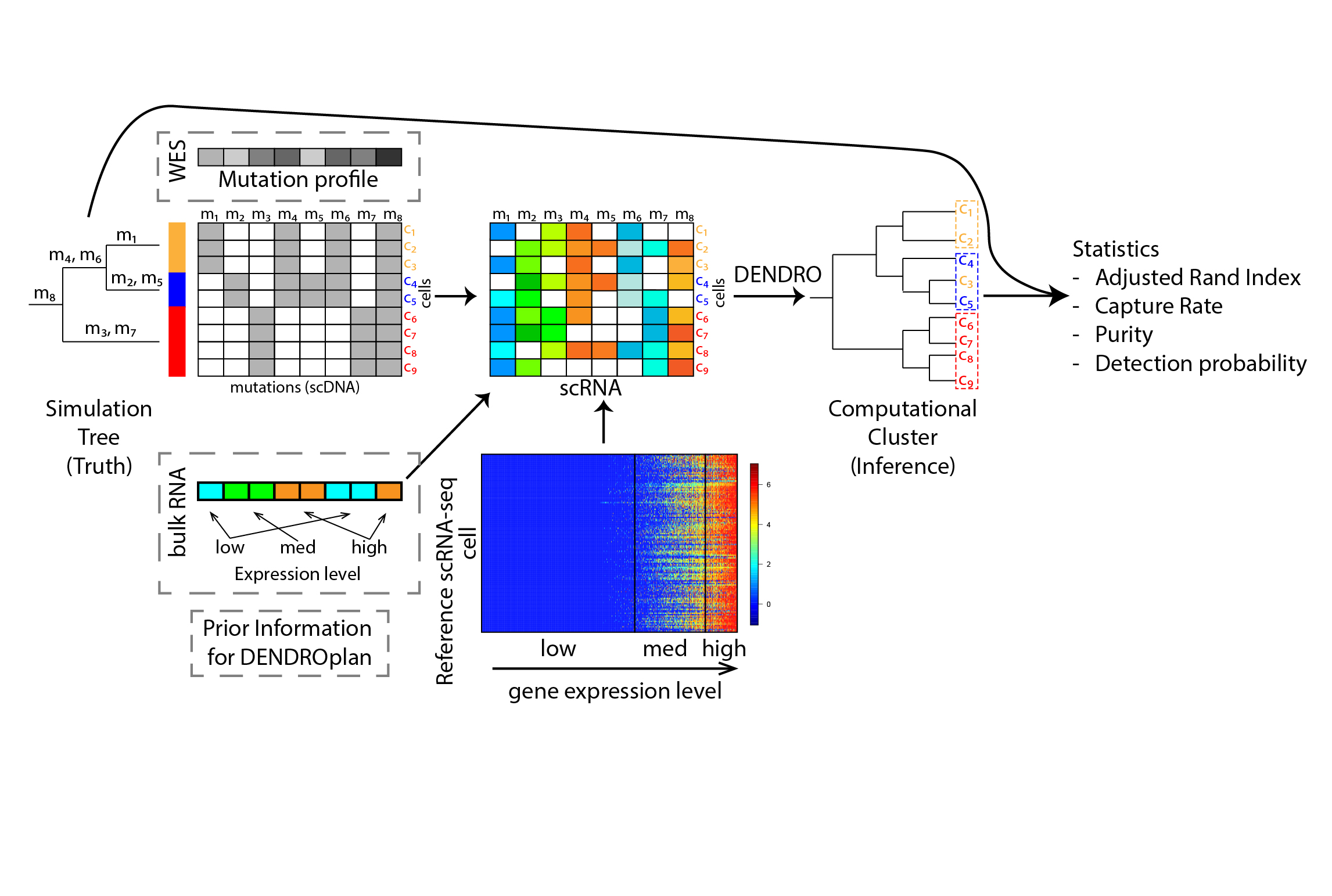