Sign up
Various Swift playgrounds, for fun and for profit.
Find file

Various Swift playgrounds, for fun and for profit.

Base classes for tracking work inside OperationQueue that takes place outside of the queue, without causing a thread to hang by waiting. Includes an Operation for wrapping URLSessionTask.

A simple class for using Unicode to encircle some characters or single-digit numbers in the iOS system font, inspired by this tweet. Includes a gallery live view for demonstration. 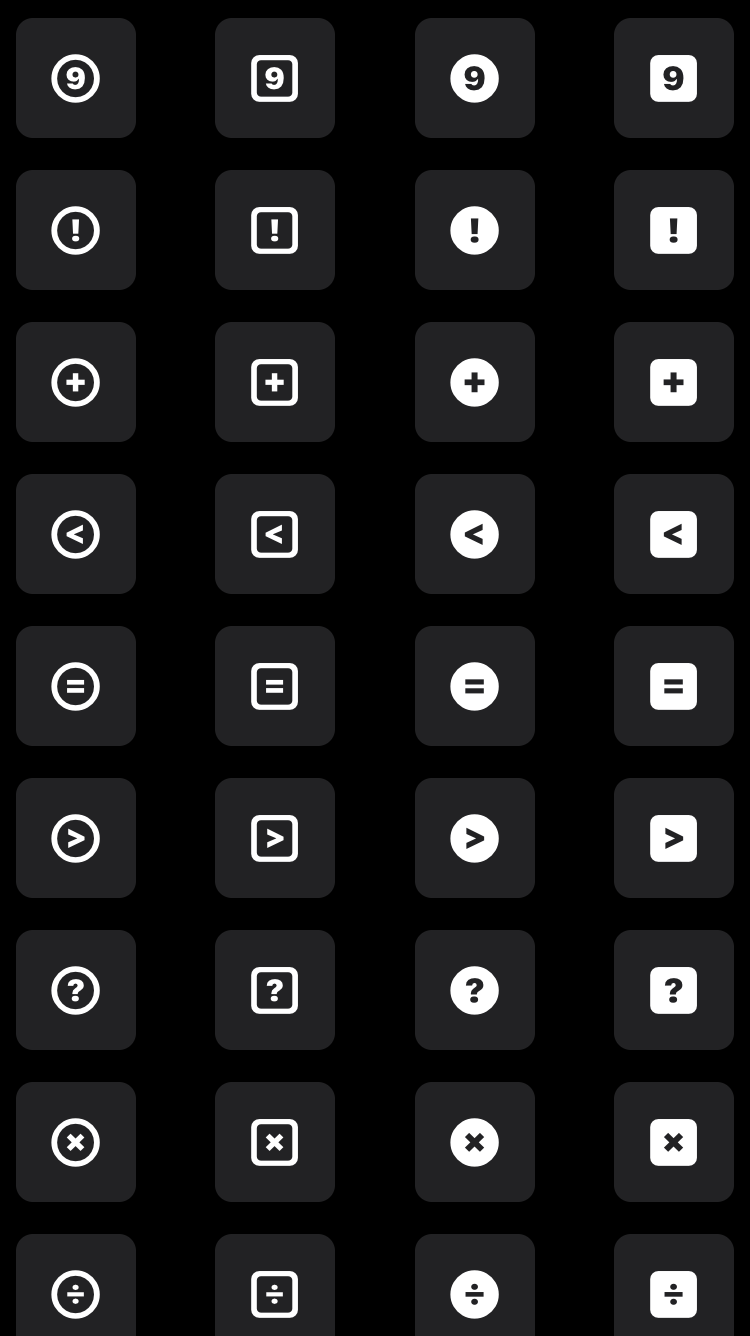 Derived from @krzyzanowskim's blog post: use a protocol extension to split any collection into a group of slices. Think flatten(), but in reverse.

Use TextKit to perform custom truncation with high performance. Also an example of creating building a drop-in UILabel backed by TextKit.

Use DispatchSource to coalesce calls that shouldn't be called more than once per runloop iteration, like UI reconfiguration.

Based on a technique used in the iOS 10 Music app, subclasses of UICollectionView and UITableView that derive their intrinsic content size and visible bounds from their content and context, respectively, when isScrollEnabled = false. This is similar to behavior on UITextView. It enables, for instance, putting three collection views in a stack view in a scroll view with low performance impact.

An extension on UIViewController providing a keyboardLayoutGuide property. The layout guide normally mirrors the safe area, but automatically shrinks to avoid the keyboard. It also allows emulating the automatic content keyboard insets applied to UICollectionViewController and UITableViewController. It avoids the pitfalls of most keyboard avoidance implementations, like correctly syncing animations.

Create your own sun-, time-, or light/dark-based wallpaper for macOS Mojave.

What's a LocalizableText? It's an intermediary type that deconstructs interpolation segments for use with string formatting. But that's not important, what's important is that it's literal convertible:

A helper for performing type-safe multicast callbacks. The result is a lot like using UIControl, but for weakly held objects and without unsafe selectors.

A simple glueing-together of Dictionary and Array into an ordered, hashed data structure. Useful if your keys are indeed already Hashable, but doesn't have great performance; insertion and removal tend towards the worst of both structures. If you have any alternative, prefer something B-Tree based instead.

"Size classes are fine, but I can't customize them!" Yeah, you can! By inspecting what Mobile Safari does, you can do the same, using override trait collections.

Emulating the calculation of UIView.readableContentGuide.

Simple Swift bridging for NSRegularExpression, as well as general patterns to go from String.UTF16View and Range<String.UTF16Index> to NSString and NSRange.

A Swift 5 implementation of the UUID version 5 algorithm, which is based on a SHA-1 hash of some input data. These can be useful as database primary keys identifying some model that has no identifier of its own. Like all UUIDs, version 5 hashed UUIDs still have an astronomically low chance of collision.

Experiment adding an accessory to UITabBarController, like Now Playing in Music.​app. 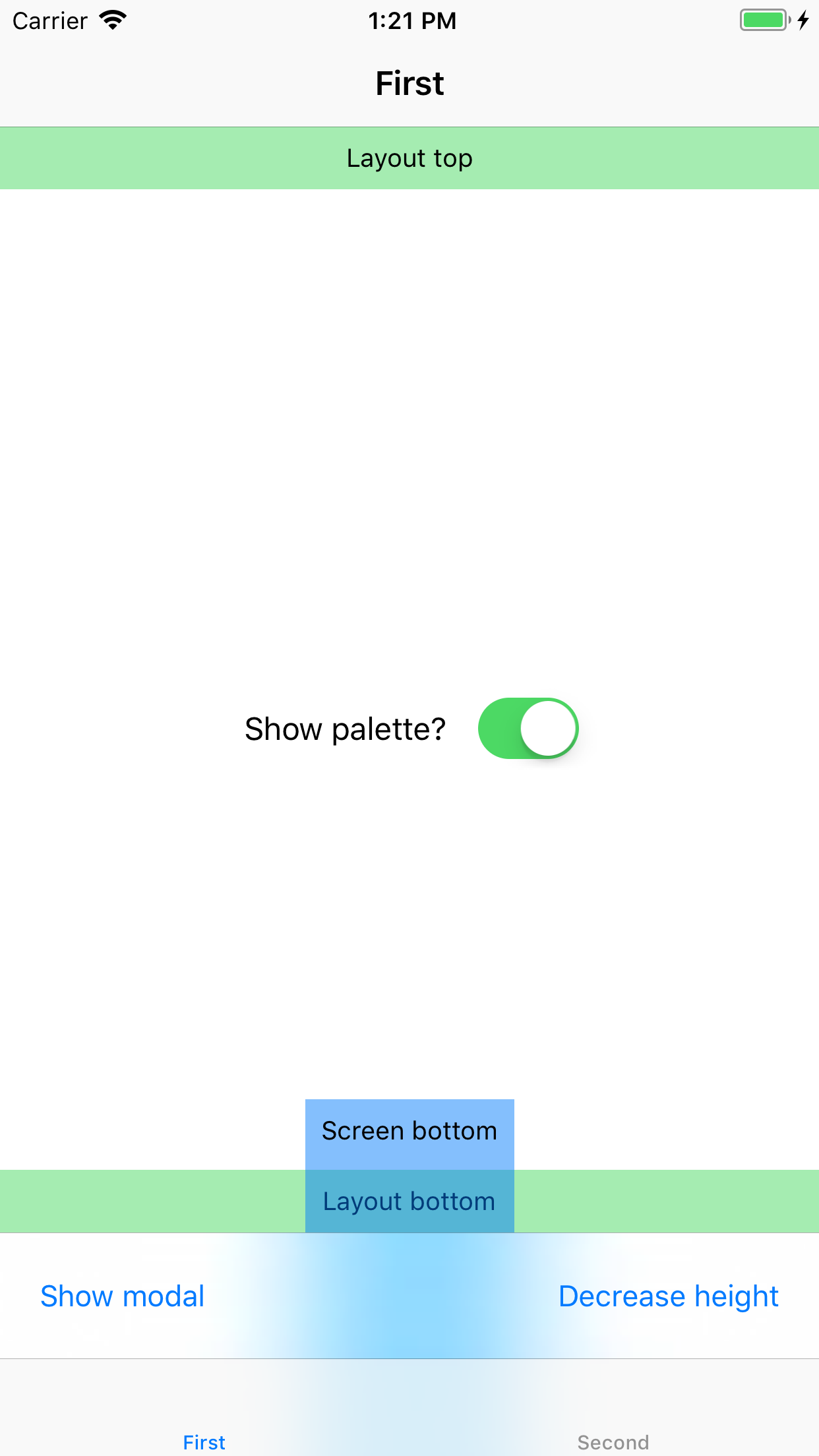 Spawn and join with a pthread_t returning a result from a Swift function, inspired by the Swift stdlib. See also Thread.init(block:) from iOS 10 and up.

Conveniences for using Core Graphics types in UI programming, such as retina-friendly rounding and equation operators that account for floating point inaccuracy.

Showing off the simple power of Swift iterators by performing breadth-first travel through the trees created by UIView, UIViewController, and CALayer.

If you're hurting for Objective-C's MyClassType<SomeProtocolType> *, try this on for size.

A simple bridge to bridges concrete value types into NSCoding.

Obsoleted in Swift 4 by Codable.

Use protocol extension to achieve simpler Core Data, like MyManagedObject(context:).

An idiomatic Data<T>, representing any buffer (contiguous or discontiguous) of numeric elements. Part NSData, part dispatch_data_t, Data is useful for low-level byte-based APIs in Swift, such as crypto and string parsing.

Create one with an array:

And enumerate through it in constant time:

Made with lots of help from @a2.

Even though it's been fixed in 2.1, Swift 2.0 has a rather ugly bug with wrapped dispatch_block_t types. Fix it with a C few tricks and a rational DispatchBlock type.