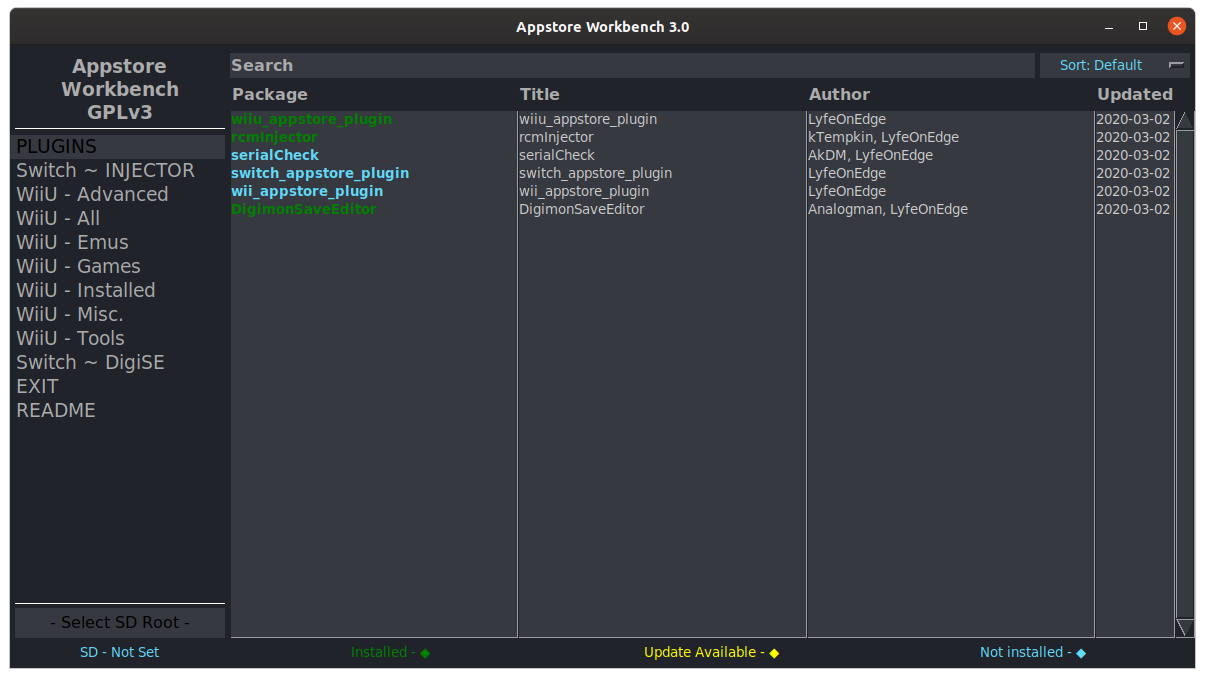 Plugins form the basis of appstore-workbench. On it's own appstore-workbench serves only to download plugins. This allows appstore-workbench to serve a variety of consoles without becoming bloated - being able to be tailored to the user's needs. Plugins can either run in the background, add pages, or both. Pages are derived from tkinter tk.Frame objects so you can use them to build anything you could build in a normal tkinter Frame.

Plugins can also added manually by placing them in the plugins folder of appstore-workbench. Single-file plugins can be named anything.py, plugins with assets must be in folders, and must be called plugin.py The plugin system is non-recursive, meaning a plugin in ./plugins/plugin_folder/plugin_subfolder/plugin.py would not be seen.

Also included in this project is a worker thread tool I made that works with tkinter (calling threads from within the gui normally doesn't work). Threads must be procedural (they can't return something), but they are incredibly useful for updating elements of the gui without blocking everything else.

Additionally threads can be called with args:

Appstore Workbench contains a python module for interacting with libget-style repos. It was written to be objective so multiple instances of it could be used at once, allowing the management of multiple consoles on the same sd card. This is useful in some cases, for example people using both WiiU and Wii (through vwii) homebrew. It also means the libget standard can be used locally for package management within the app, examples being payload injectors, and its the apps own plugin system.

Appstore Workbench is mostly compatible with 4TU's Homebrew Appstore there are still a few small things to tweak like checking asset modes when updating.