A month ago, 15 may 2017, a decision was made to start the first production operation of TheRouter software in a real network environment of a service provider network with more than 60 thousands users.

A new server running TheRouter software had to accomplish the following tasks:

The whole experiment, the tasks and a the router place in the network were chosen
keeping in mind that the_router is still an experimental software and it has never been used in a real network environment before. The most important condition was to be able to stop/restart the_router without an impact at the network operations. 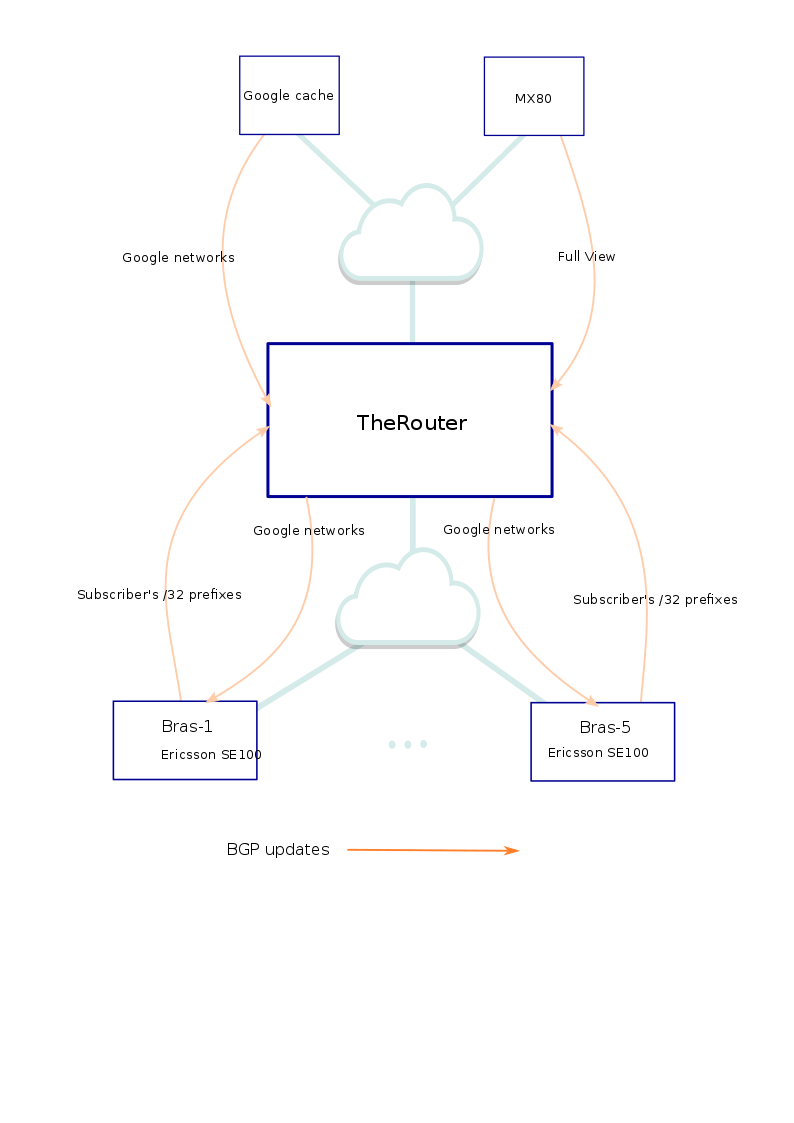 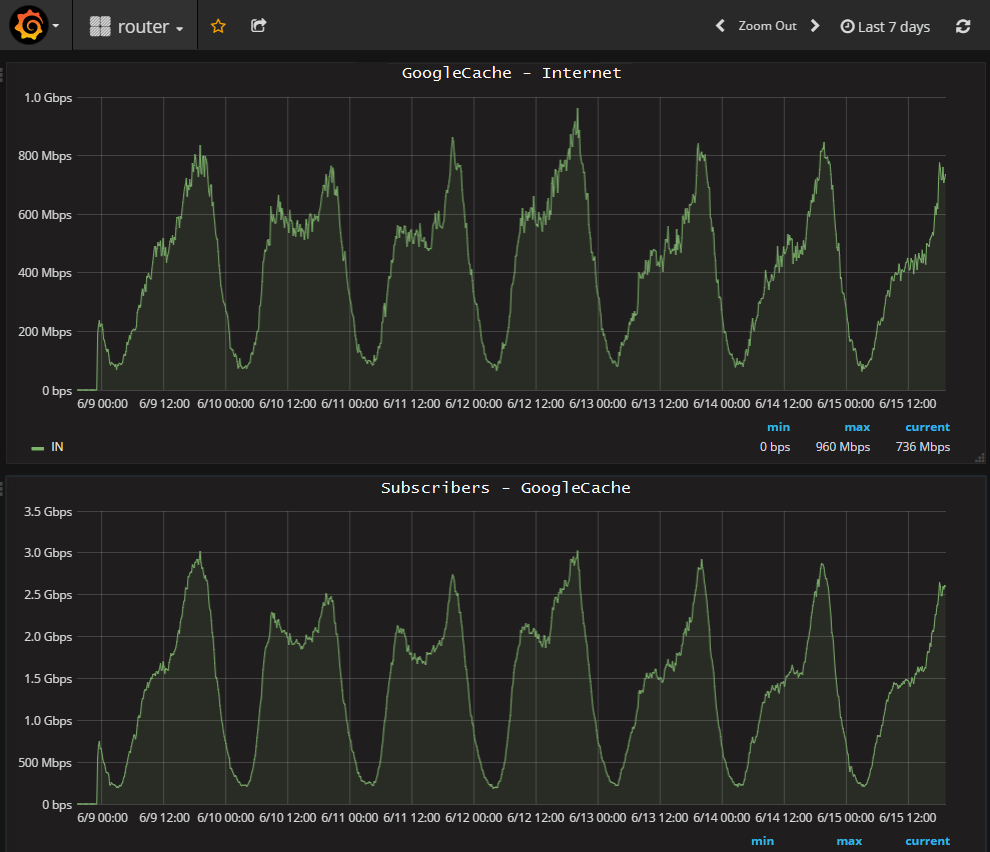 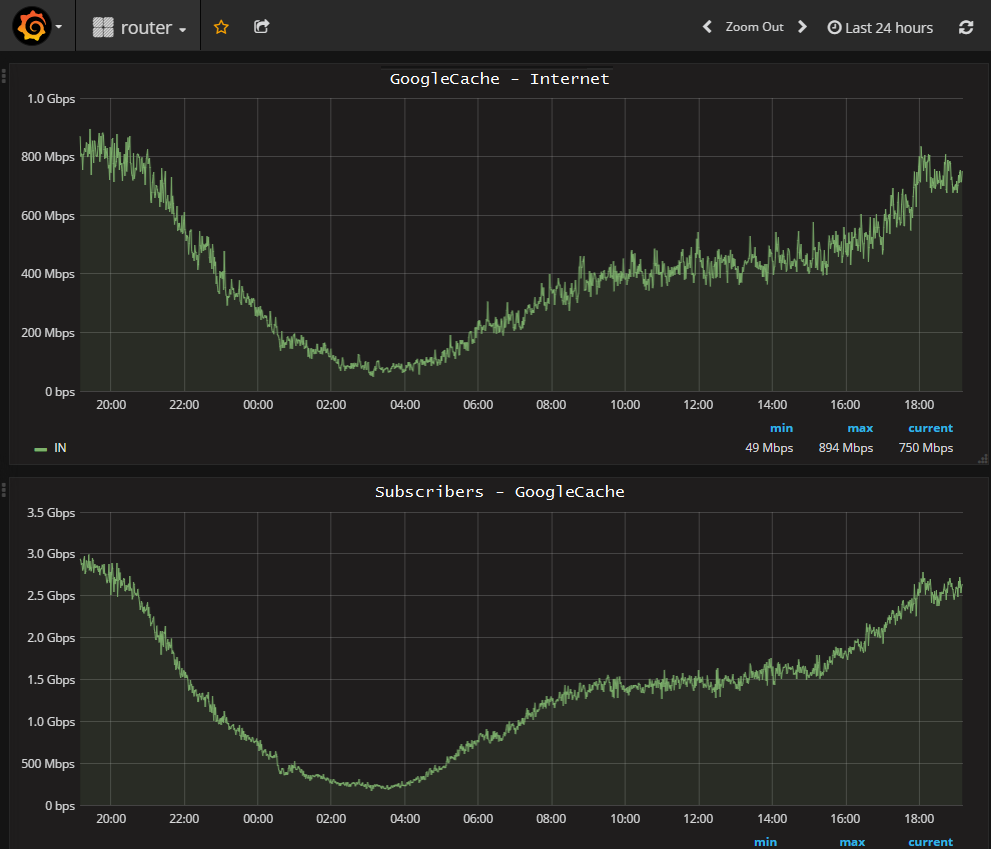 LAG versions of the experiment

Two 10G ports of the router were added to a LAG group. 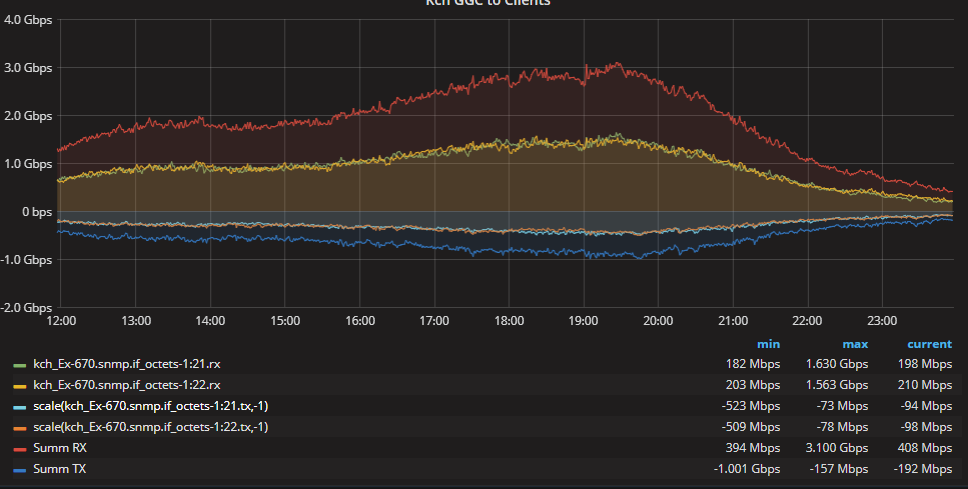 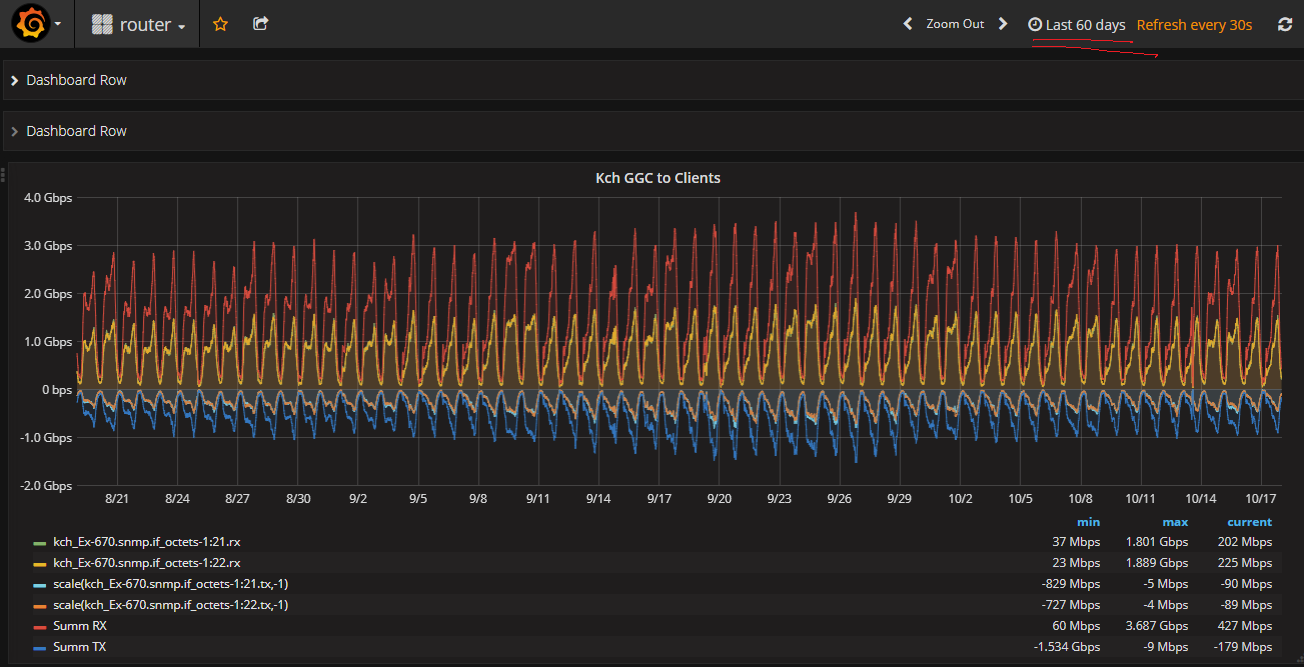