So to start, we'll assume you already have Lilu and AppleALC installed, if you're unsure if it's been loaded correctly you can run the following in terminal(This will also check if AppleHDA is loaded, as without this AppleALC has nothing to patch):

If all 3 show up, you're good to go. And make sure VoodooHDA is not present. This will conflict with AppleALC otherwise

So for this example, we'll assume your codec is ALC1220. To verify yours, you have a couple options:

Now with a codec, we'll want to cross reference it with AppleALC's supported codec list:

So from this it tells us 2 things:

Now with a list of supported layout IDs, we're ready to try some out

Once you've found a Layout ID that works with your hack, we can create a more permanant solution for closer to how real macs set their Layout ID.

With AppleALC, there's a priority hiarchy with which properties are prioritized:

As we can see in AppeALC's source, it expects your layout ID to be set via alc-layout-id so to make things easier on AppleALC we'll set it with DeviceProperties

To start, we'll need to find out where our Audio controller is located on the PCI map. For this, we'll be using a handy tool called gfxutil then with the macOS terminal: 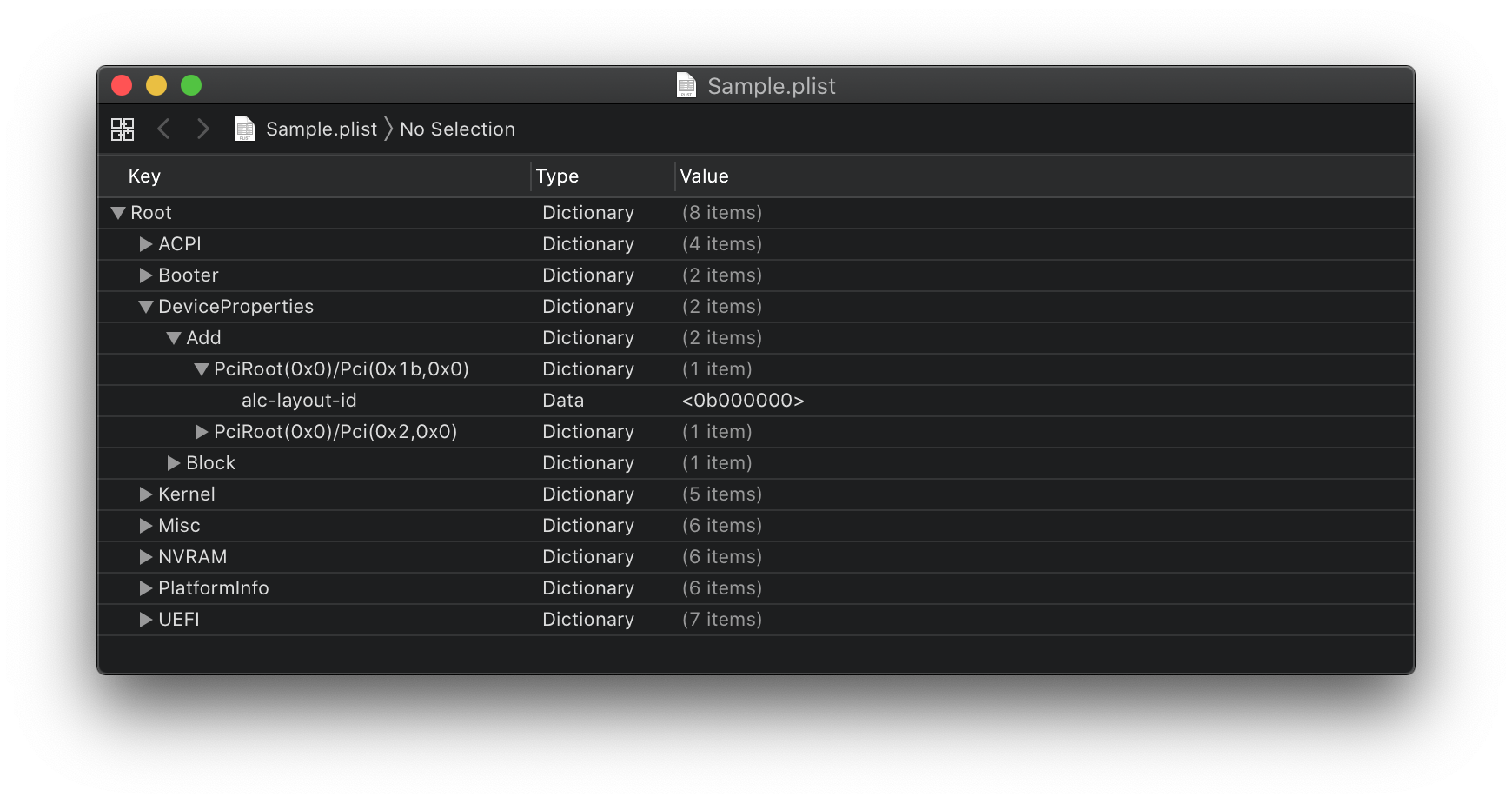 Note that the value is in HEX/Data, you can use a simple decimal to hexidecimal calculator to find yours. printf '%x\n' DECI_VAL: 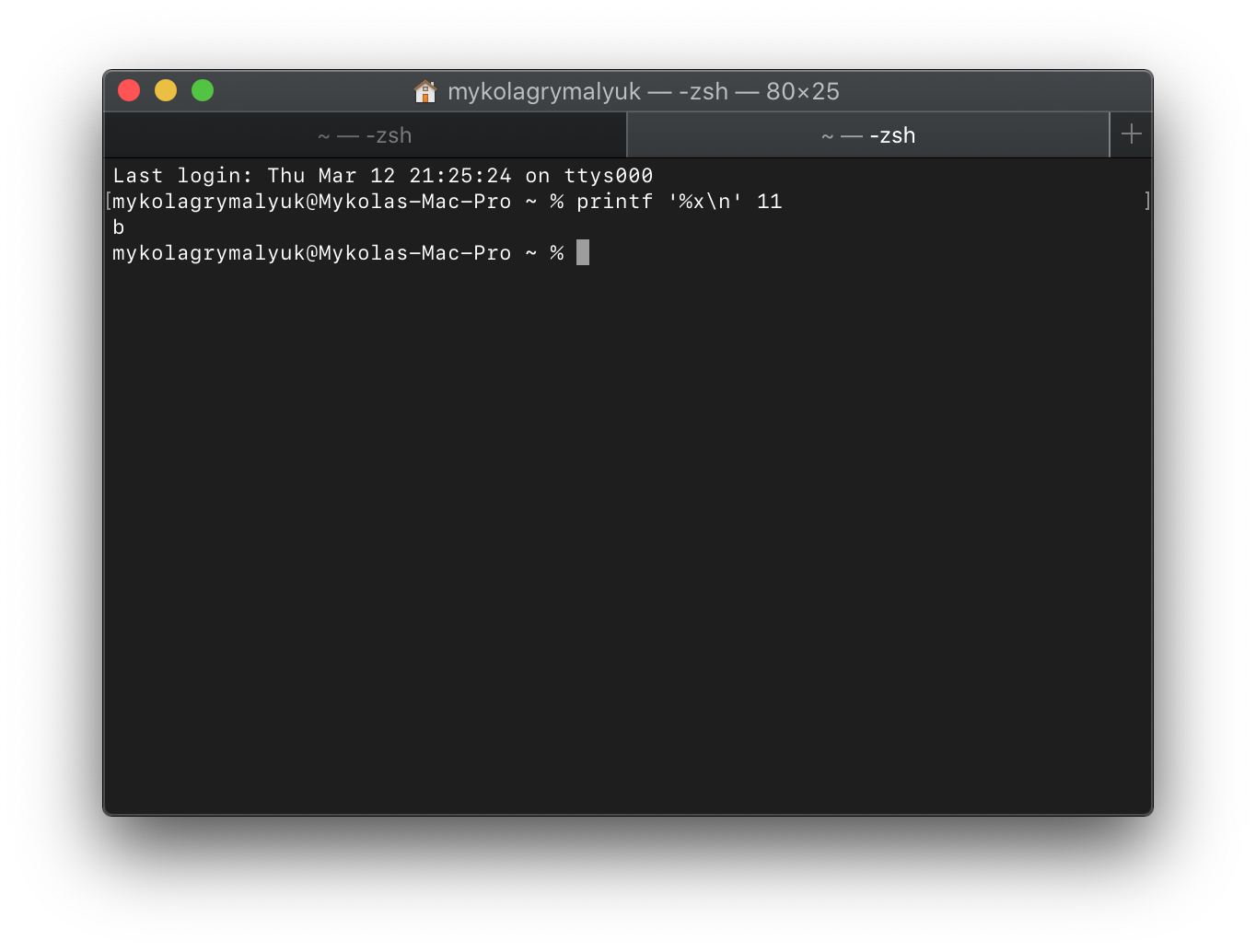 No Mic on AMD:

This is likely do to IRQ conflicts, on Clover there's a whole sweep of ACPI hotpatches that are applied automagically. Fixing this is a little bit painful but SSDTTime's FixHPET option can handle most cases.

For odd cases where RTC and HPET take IRQs from other devices like USB and audio, you can reference the HP Compaq DC7900 ACPI patch example in the trashOS repo