In this article, I describe why I'm disabling seccomp on Linux for the default acme-client build.

tl;dr seccomp filters differ significantly between Linux installs; acme-client terminates on violations; users think software is crap and go back to other fly-by-night Ruby or Perlthon client; users are insecure; I am sad.

After implementing a sandbox for acme-client with pledge(2) (easy), capsicum(4) (harder, but still easy-ish), and sandbox_init(3) (easy but arguably useless), I set out to add a Linux sandbox with libseccomp.

This isn't the first system I've sandboxed (kcgi, sblg, etc.); but for seccomp, it will probably be the last.

Aside: what's a sandbox? A sandbox defines the resources an application will use. If it uses anything else, the program terminates. There are many sandboxes: pledge(2) on OpenBSD, capsicum(4) on FreeBSD, and libseccomp implementing seccomp-bpf on Linux.

After implementing a filter that worked on a local x86_64 Alpine system (Alpine being the distribution that went fastest from ISO to installing the compiler and CVS) and releasing, I immediately began receiving violation reports (e.g., issue/16) for non-Alpine distributions and for non-x86_64 architectures.

A filter violation is when a system call I didn't white-list is invoked. Sometimes a system's C library would implement a function call differently from Alpine (things like getaddrinfo(2) differ widely). Sometimes an architecture would use different system calls for the same function. Reasons differed.

What disturbed me was not only that I couldn't reproduce --- each report was from a non-Alpine C library, architecture, or distribution --- but that I couldn't verify that there was a problem at all. A crafty adversary could have requested a given system call be white-listed while knowing he could exploit it. The burden would be on me to exactly reproduce the reporter's system to verify the fix. Anything but what I already had required spinning up VirtualBox...

I'm not saying this happened --- I had no reason to distrust any bug reports, and on the contrary thank everybody who took the time to do so! Most system calls made sense. The fact remains, however, that it's possible.

I consider this a serious problem. You should, too. But even if not, there are other problems. 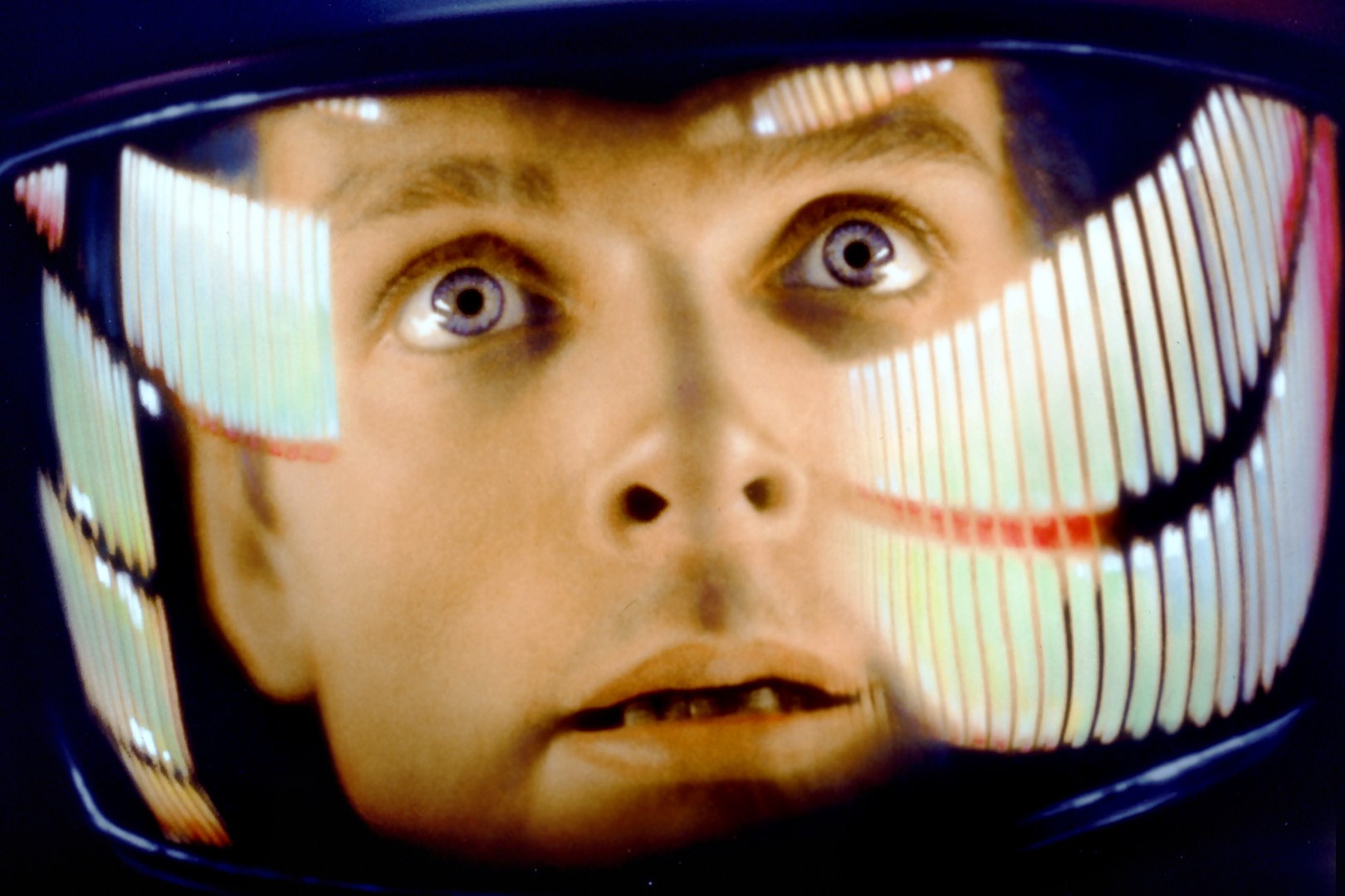 I don't have anything against libseccomp or seccomp-bpf's functionality; however, as I was once told many years ago, "I find the documentation inscrutable". Go ahead. RTFM. Or read sandbox-seccomp-filter.c.

This is a problem with any capabilities system. (See Bugs Ex Ante for a historical perspective.) For some similar systems like systrace(4) on OpenBSD, this wasn't so bad because OpenBSD's system is uniform: one C library, one system call interface.

What makes seccomp problematic is what makes Linux popular: one can use the musl C library, glibc, or others. One can use x86_64 or an embedded ARM system. You can compile the kernel yourself without swaths of otherwise-supported system calls --- and many distributions do just that. All of this is supported and even encouraged.

When I set out to implement a seccomp filter, I naïvely assumed that the differences wouldn't be so great between Linux systems. But this was false. Why?

First, system calls between hardware. For example, some have mmap. Some have mmap2 (from a previous version of OpenSSH's filter, noted as "EABI ARM only has mmap2"). Do I white-list both? Just what is mmap2? mmap2(2) helpfully notes:

So I might use mmap, but the system call is mmap2? Great.

This brings us to the second and larger problem. The C library. There are several popular ones on Linux: glibc, musl, uClibc, etc. Each of these is free to implement any standard function (like mmap, above) in any way. So while my code might say read, the C library might also invoke fstat. Great.

In general, section 2 calls (system calls) map evenly between system call name and function name. (Except as noted above... and maybe elsewhere...) However, section 3 is all over the place. The strongest differences were between big functions like getaddrinfo(2).

Then there's local modifications. And not just between special embedded systems. But Debian and Arch, both using glibc and both on x86_64, have different kernels installed with different features. Great.

Less great for me and seccomp.

When I first released acme-client, I assumed that users would let me know if the system terminated with a violation. What I didn't consider was how much the seccomp filter would be violated even though I carefully verified my test environment with a popular Linux on a popular architecture. Or how long it would take me to verify violations and fix them (blindly).

What's more embarrassing is that, to most users who simply downloaded the software, the application just failed. Not seccomp failed, but acme-client failed. Ouch.

Fact is, not everybody who really wants to use my software knows how to program --- in fact, I'd guess that most don't at all, being that acme-client is for administering certificates, not writing code. To them, it was just crap.

So if my carefully-written and hardened program is meant to provide a valuable security service, but it terminates due to seccomp violations and users think it's crap and use in-secure applications --- what's the point of sandboxing it at all?

What solutions do I have? If I stay with seccomp, I continue to alienate general users with my "crappy" software, require skilled users (where "skilled" is a function of programming) to jump through hoops, and spend lots of my own time to interpret incoming violation reports from said mystical "skilled" users.

Fact is, using seccomp is difficult unless

It seems to me that seccomp is designed for big companies who can afford the resources (like those rhyming with "doodle"), big open source projects with testing infrastructure like OpenSSH, or niche pure computation systems.

That leaves acme-client out of the loop.

Is this a problem? It depends on the software, I guess. But it's not my software that should scare you. It's that mine is only one of many potentially good pieces of software that will never be secured, and thus will fall under your radar. Or worse --- it's that the software you do use, or need to use, isn't secure because the developer is in my shoes.

Fortunately, there's always OpenBSD and pledge(2)! And if there are alternatives, that means that the problems aren't insurmountable. Which makes it a Linux problem, because Linux suffers from seccomp's problems.

This article isn't supposed to be about OpenBSD's pledge(2). Or even FreeBSD's capsicum(4), which is eminently more usable than either seccomp-bpf or libseccomp.

But really it kinda is, because it's important to show an example of how not to go down the Linux/seccomp road. (Also, I want to look positive, when really I'm just sad and a little pissed.)

On both of these systems, I know that when I sandbox a given capability, it will be sandboxed for all of my users. Whether that would remain if the C library were switchable is another story. Moreover, going from zero to hero in implementing a filter for a reasonably well-written piece of software isn't terribly difficult. Give it a try!

I've now disabled the seccomp code in the GNUmakefile for acme-client.

If you want to enable it, you're welcome to --- all of the code is still there in sandbox-seccomp.c and fairly easy to read.
Note that the debugging is enabled by default, and the functions it isn't are safe to use in a signal context. So if you use it a lot, that might get annoying.

If you add system calls to the filter white-list, please notify me and I'll make sure it makes its way into sandbox-seccomp.c so you don't need to maintain a downstream.

However, there's still the issue of trust. Can I trust that what I put in that code --- even if it's "only for experts" --- isn't a whole waiting to be exploited? Am I putting other skilled people at risk? Can you trust what you see there, knowing it was provided by others?

There isn't an easy answer to this.