KCP is a fast and reliable protocol that can achieve the transmission effect of a reduction of the average latency by 30% to 40% and reduction of the maximum delay by a factor of three, at the cost of 10% to 20% more bandwidth wasted than TCP. It is implemented by using the pure algorithm, and is not responsible for the sending and receiving of the underlying protocol (such as UDP), requiring the users to define their own transmission mode for the underlying data packet, and provide it to KCP in the way of callback. Even the clock needs to be passed in from the outside, without any internal system calls.

The entire protocol has only two source files of ikcp.h, ikcp.c, which can be easily integrated into the user's own protocol stack. You may have implement a P2P, or a UDP-based protocol, but are lack of a set of perfect ARQ reliable protocol implementation, then by simply copying the two files to the existing project, and writing a couple of lines of code, you can use it.

TCP is designed for traffic (the amount of kilobits per second of data that can be transmitted), which focuses on the full use of bandwidth. While KCP is designed for the flow rate (the amount of time it takes to send a single packet from one end to the other), with 10% -20% bandwidth waste in exchange for transmission speed 30%-40% faster than TCP. TCP channel is a grand canal with very slow flow rate, but very large flow per second, while KCP is a small torrent with the rapid flow. KCP has both normal and fast modes, achieving the result of flow rate increase by the following strategies:

RTO Doubled vs Not Doubled:

TCP timeout calculation is RTOx2, so three consecutive packet losses will make it RTOx8, which is very terrible, while after KCP fast mode is enabled, it is not x2, but x1.5 (Experimental results show that the value of 1.5 is relatively good), which has improved the transmission speed.

When packet loss occurs in TCP, all the data after the lost packet will be retransmitted, while KCP is selective retransmission, and only re-transmits the data packets that are really lost.

In order to make full use of the bandwidth, TCP delays sending an ACK (Even NODELAY does not work), so that the timeout calculation will come out with a relatively high RTT, which has extended the judgment process when packet loss occurs. While for KCP, it is adjustable whether to delay sending an ACK.

There are two kinds of ARQ model responses: UNA (All packets before this number received, such as TCP) and ACK (The packet with this number received). Using UNA alone will result in full retransmissions, and using ACK alone has too much cost for packet loss, hence in the previous protocols, one of the two has been selected; while in KCP protocol, all packets have UNA information except for a single ACK packet.

KCP normal mode uses the same fair concession rules as TCP, i.e., the send window size is determined by: four factors including the size of the send cache, the size of the receive buffer at the receiving end, packet loss concession and slow start. However, when sending small data with high timeliness requirement, it is allowed to select skipping the latter two steps through configuration, and use only the first two items to control the transmission frequency, sacrificing some of the fairness and bandwidth utilization, in exchange for the effect of smooth transmission even when BT is opened.

You can download and install kcp using the vcpkg dependency manager:

The kcp port in vcpkg is kept up to date by Microsoft team members and community contributors. If the version is out of date, please create an issue or pull request on the vcpkg repository.

The protocol default mode is a standard ARQ, and various acceleration switches can be enabled by configuration:

Both the use and configuration of the protocol is very simple, in most cases, after you read the above contents, basically you will be able to use it. If you need further fine control, such as changing the KCP memory allocator, or if you need more efficient large-scale scheduling of KCP links (such as more than 3,500 links), or to better combine with TCP, you can continue the extensive reading:

If the network is never congested, KCP/TCP performance is similar; but the network itself is not reliable, and packet loss and jitter may be inevitable (otherwise why there are various reliable protocols). Compared in the intranet environment which is almost ideal, they have similar performance, but on the public Internet, under 3G / 4G network situation, or using the intranet packet loss simulation, the gap is obvious. The public network has an average of nearly 10% packet loss during peak times, which is even worse in wifi / 3g / 4g network, all of which will cause transmission congestion.

Thanks to zhangyuan the author of asio-kcp for the horizontal evaluation on KCP, enet and udt, and the conclusions are as follows:

For specifics please refer to: Reliable Udp Benchmark and KCP-Benchmark, for more guidance to the hesitant users. for more details, please see the report itself:

KCP is used by 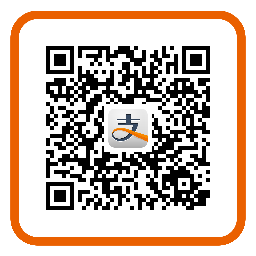 Donation is welcome by using alipay, the money will be used to improve the protocol and documentation.