This R package makes it easier for one to conduct quota sampling via Facebook advertisements. fbsample serves two main functions. First, it allows one to specify which demographic groups to target. Second, it uses R wrapper functions in fbRads to create ads in batches and upload them via the Facebook Marketplace API.

3/18/2017: I added four helpful datasets in the data folder that include the ids and keys for ad targets. Now you can easily look up targets for level of education, ethnicity (US), politics (US), and US states/regions.

3/19/2017: Facebook has removed ethnic_affinity as an ad target category after receiving negative press. But you can still recruit people by ethnic affinity using the behavior category. I removed ethnic_affinity as a parameter from the function create_target to reflect this change. To sample white respondents, you would need to exclude all the minority ethnic affinity groups. I am providing this information for social scientific purposes only. Don't use the functionality for racist purposes!

Facebook ad campaigns have a three-level structure. For the purposes of quota sampling, each sampling project is a Campaign. The Campaign objective determines how you pay to recruit respondents. For instance, you can pay for per completed survey using the conversion objective or you can pay for clicks to your survey link.

Targeting of individual strata occurs at the Ad set level. For each Ad set, you input the demographics of the strata and how much you are willing to spend to advertise to that strata. Finally, for each Ad set, you create an Ad that uses an Ad Creative (ad text, image, and survey link) to recruit respondents. 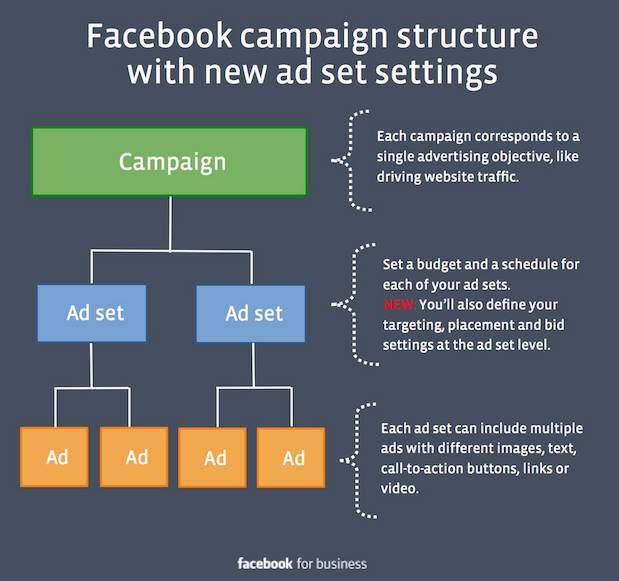