MultiOgar code based on Ogar code that I heavily modified, and will continue to update. Almost all physics and protocol code were rewritten and optimized. The OgarProject owns Ogar, and I do not claim it as mine! Original Ogar found here

The goal is to make good and smooth physics and cleanup the code.

You can found active Ogar servers on http://ogar-tracker.tk It updates server information in realtime with no need to refresh the page.

If you want to include your server in the list. Just install the latest version of MultiOgar server and enable server tracking with serverTracker = 1 in gameserver.ini

If you have other server and want to include it in the list, just insert the code to ping ogar-tracker.tk into your server. You can found example in MultiOgar source code: https://github.com/Barbosik/MultiOgar/blob/master/src/GameServer.js#L1799-L1823 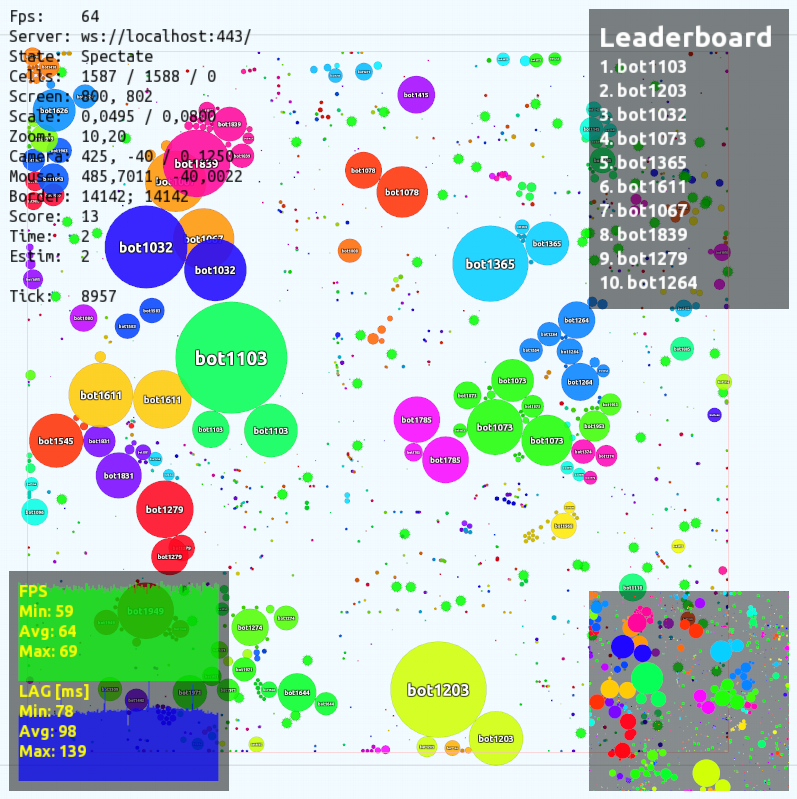 and run the server:

This lists Ogar clients and server trackers that I found on internet.

Now you can allow MultiOgar to be listed on a server tracker. Just set serverTracker = 1 in the gameserver.ini, and your server will appear on these pages: http://ogar.mivabe.nl/master , http://c0nsume.me/tracker.php If you don't want to include your server to tracker list, just set serverTracker = 0 and the server will not ping the server tracker.

Most of the physics code from the original Ogar were rewritten. The physics engine in MultiOgar is pretty close to the old vanilla physics.