Some diagrams of how it works in practice for us.

Developer commits a change to the master git repo, and a post-commit-hook triggers a message to the queue: 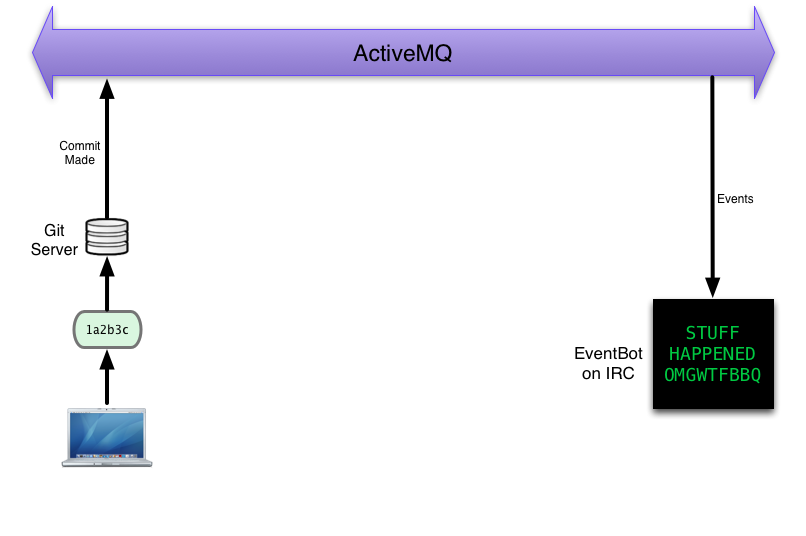 Jenkins receives the message and runs the appropriate tests, then sends a success or failure message to the queue: 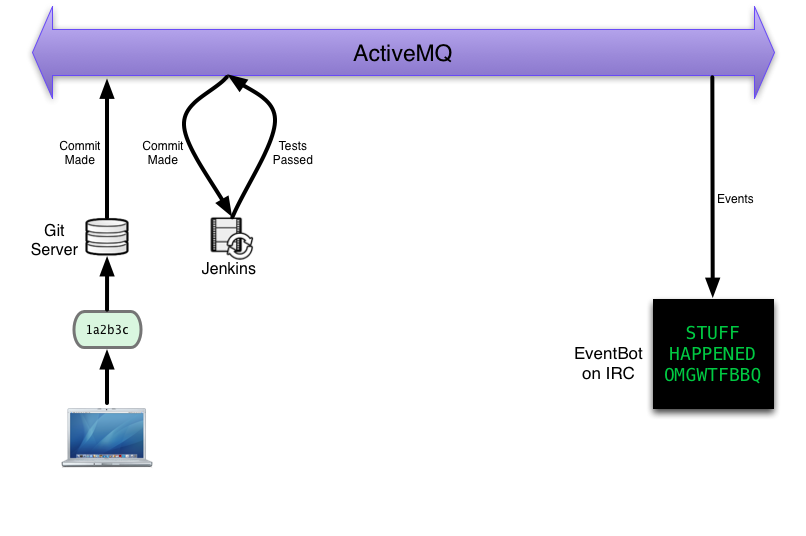 The success message is received by all the servers that configuration management has told that they should have that code on them: 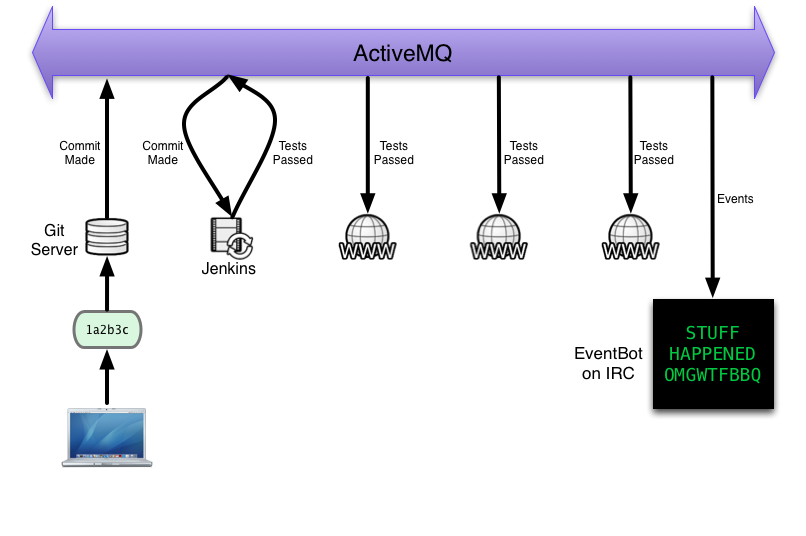 Servers git fetch the latest changes, so that they always have a local copy of the full repo, to reduce dependencies on the central git server for deploys: 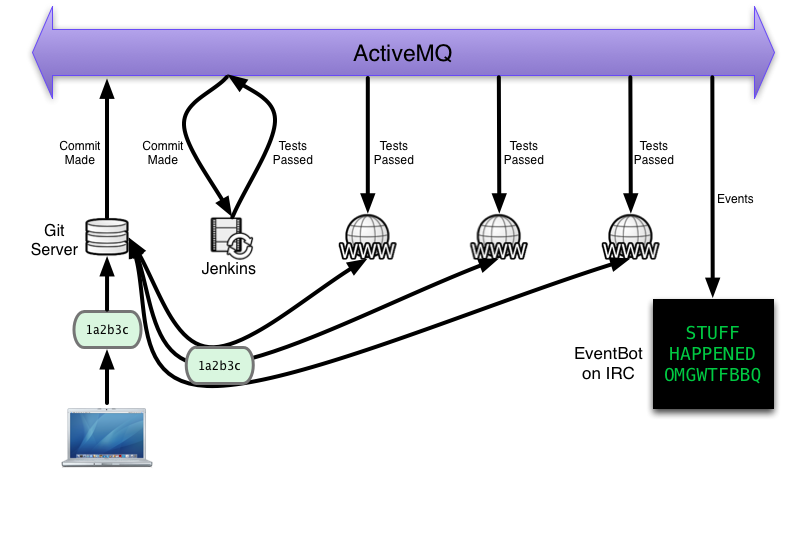 User uses a lightweight web wrapper to select what tag they want to deploy and to what servers, MCollective client issues a message to the queue: 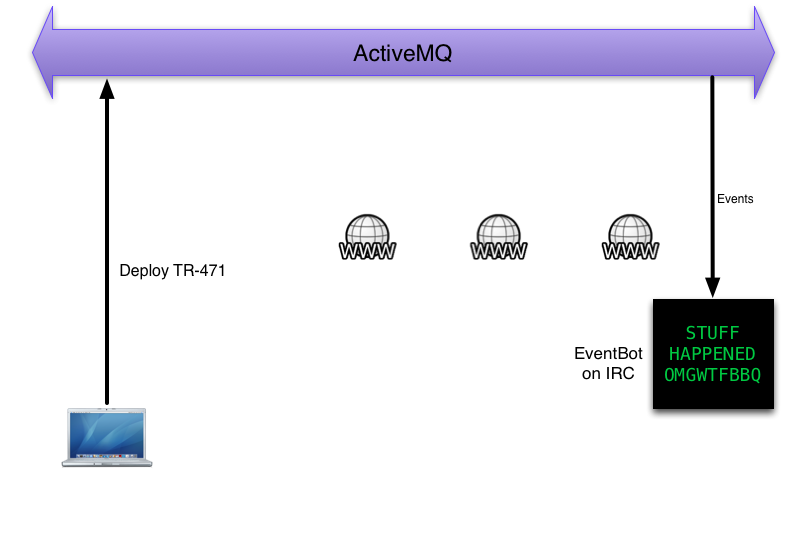 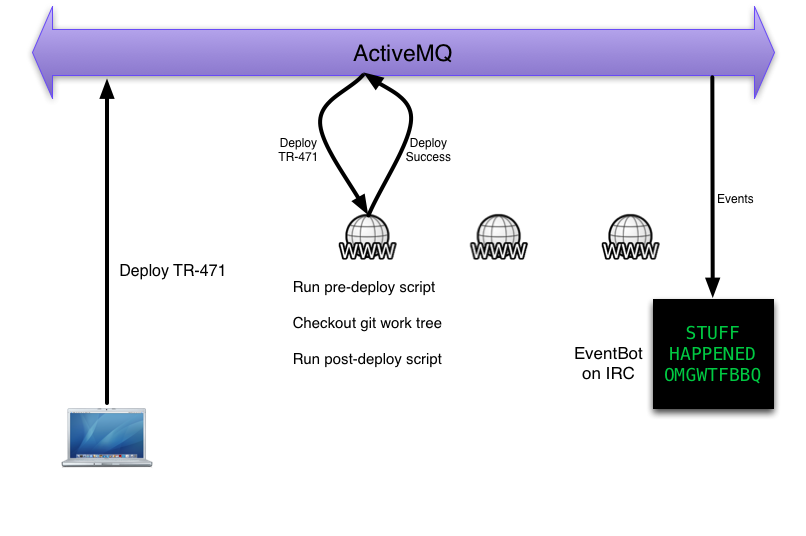 Other servers deploy if this succeeds, orchestrated by MCollective: 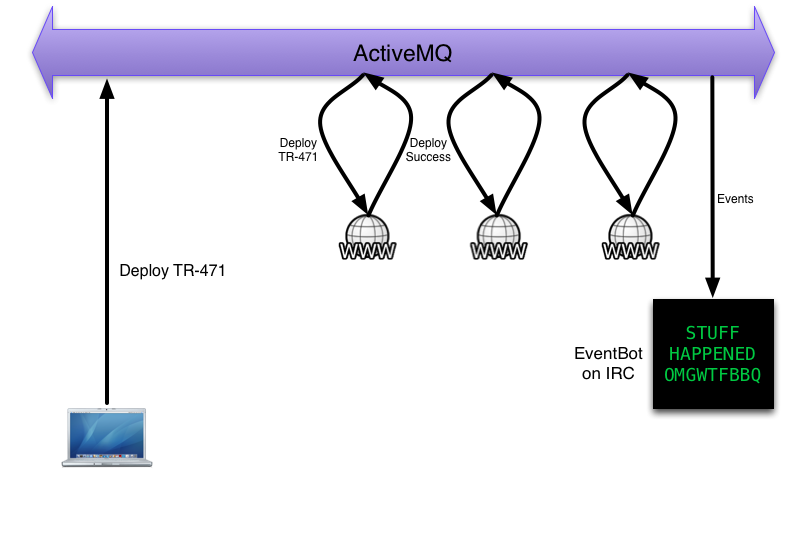 Stomp-jenkins: Watch future.git.commits, if a project we care about has been updated, prod Jenkins via HTTP to kick off a build. (future.git.commits is one of our own topics. Yours should be different.)

Stomp-repo: Watch for package-update messages emitted by the Debian package repository. Run apt-get update if a package we're interested in has a new version. (Not quite enough blind trust to install the thing automatically. That's what puppet/mcollective is for.)

Jenkins-helper: Emit status messages on future.jenkins and future.events.jenkins to the effect that a job has started, failed or succeeded. (A better way of doing this would be a STOMP plugin for Jenkins, obviously.)

Stomp-keepalive: Cheap and nasty stomp heartbeat emulator to keep firewalls happy. (STOMP 1.0 doesn't do heartbeats. They're in the 1.1 spec, but implemented in a wonky sort of way on the kit we use. So. This is a quick hack to emit heartbeat packets just often enough to stop our firewalls from dropping the connection between client and broker. We have a random sort of f/w config. Consider yourself lucky if you can't see the need for this.)