Simple and robust check in system for hackathons and other events. Integrates with HackGT/registration

Simple, robust, and mobile-friendly check in system for hackathons and other events. Capable of handling many concurrent events and displaying updates in real-time. 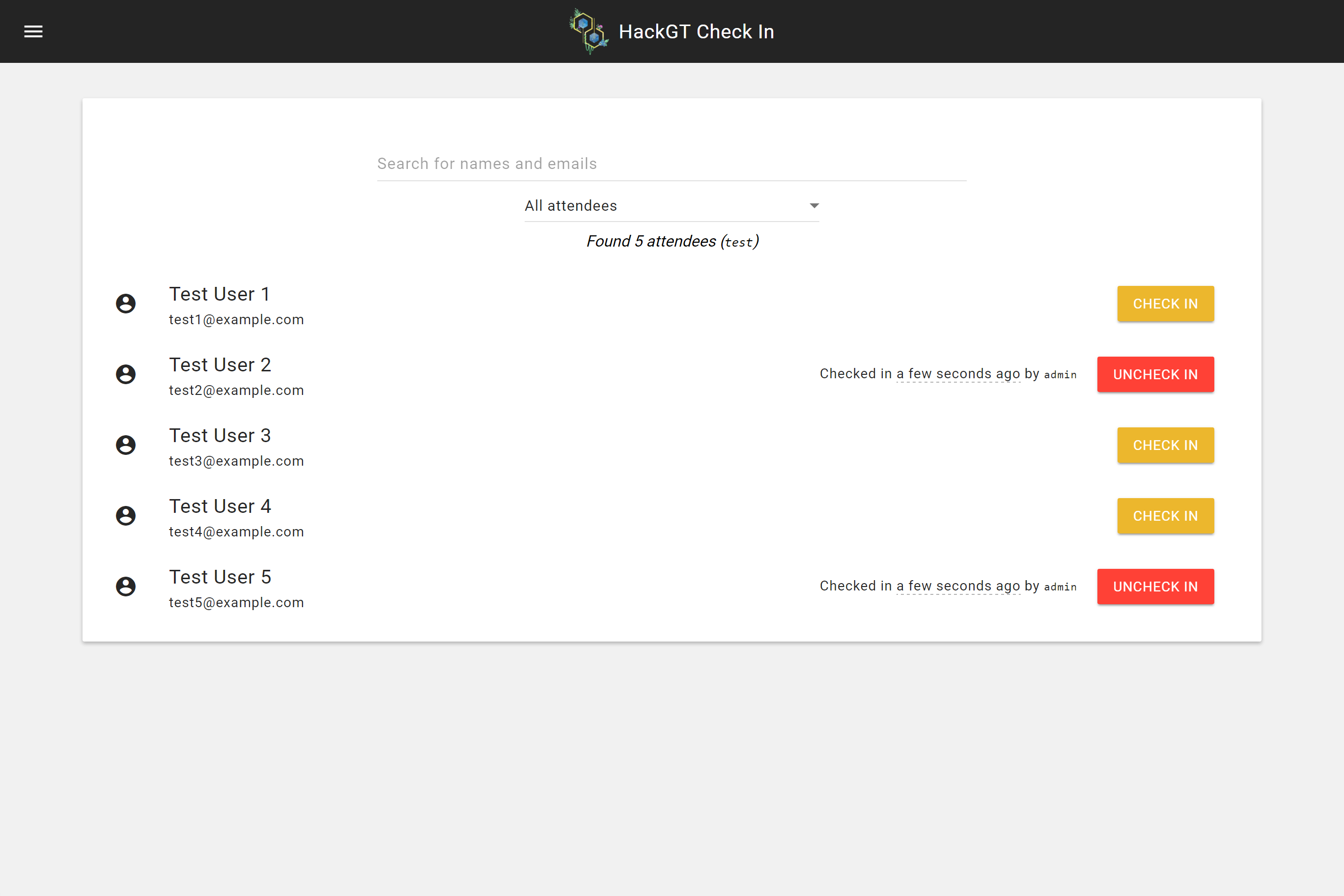 The check in interface is divided into several sections that can be switched between from the flyout side menu:

A Dockerfile is provided for convenience.

You can also run npm run build-start to quickly compile and then start Checkin. If running on Windows, you'll need to complete these steps in Bash on Ubuntu on Windows or in a Linux virtual machine since the compile process involves running a bash script.

On first start up, the server will automatically generate a default user with which to log in and add users and print the credentials to STOUT. Make sure to delete this user or change its password from the default once you are done.

Because the server is not configured to serve over HTTPS, you'll want to set up some kind of reverse-proxy server like Nginx in production.

This project is using Mocha for unit testing. Currently, the tests only cover the server and the API.

The unit tests require a locally running MongoDB server. The tests are designed to and should leave the database unaffected after completion and succeed even with the presence of existing data. Please file a new issue if this behavior is not observed. Running on an production database is still strongly discouraged, however.

To run the tests (from the project's root directory):

Development is organized using Git Flow. All development work should occur on the develop branch and merged into master and tagged with the version when production ready. Only ready-to-ship code should be merged into the master branch.

Try to follow existing coding styles and conventions. For example, use TypeScript's type annotations whenever possible and Promises for asyncronous operations in conjunction with ES7 async/await (TypeScript's transpilation allows for the use of these features even on platforms that don't support or entirely support ES6 and ES7).

Strict null-checking is enabled in the tsconfig.json which might make some vanilla JavaScript code fail to compile unless minor changes are made.

Simple and robust check in system for hackathons and other events. Integrates with HackGT/registration