GardenHub is building technology to enable gardeners to collaborate and act upon what's growing, ripening, and available for harvest in their gardens. Using this information, GardenHub notifies gardeners, local charities, restaurants, and other stakeholders of the availability of this food.

Read the full documentation on Read the Docs.

GardenHub provides a script called dev.sh to make local development easy. As long as you have Docker installed, you do not need Python, Django, Postgres, or anything else running on your computer for local development with dev.sh. This is because dev.sh automatically configures a local development environment with Docker containers where all of that is already installed.

Note: This has been tested on GNU/Linux. Your mileage may vary using Docker on other operating systems.

You will need the following packages installed to develop on GardenHub: 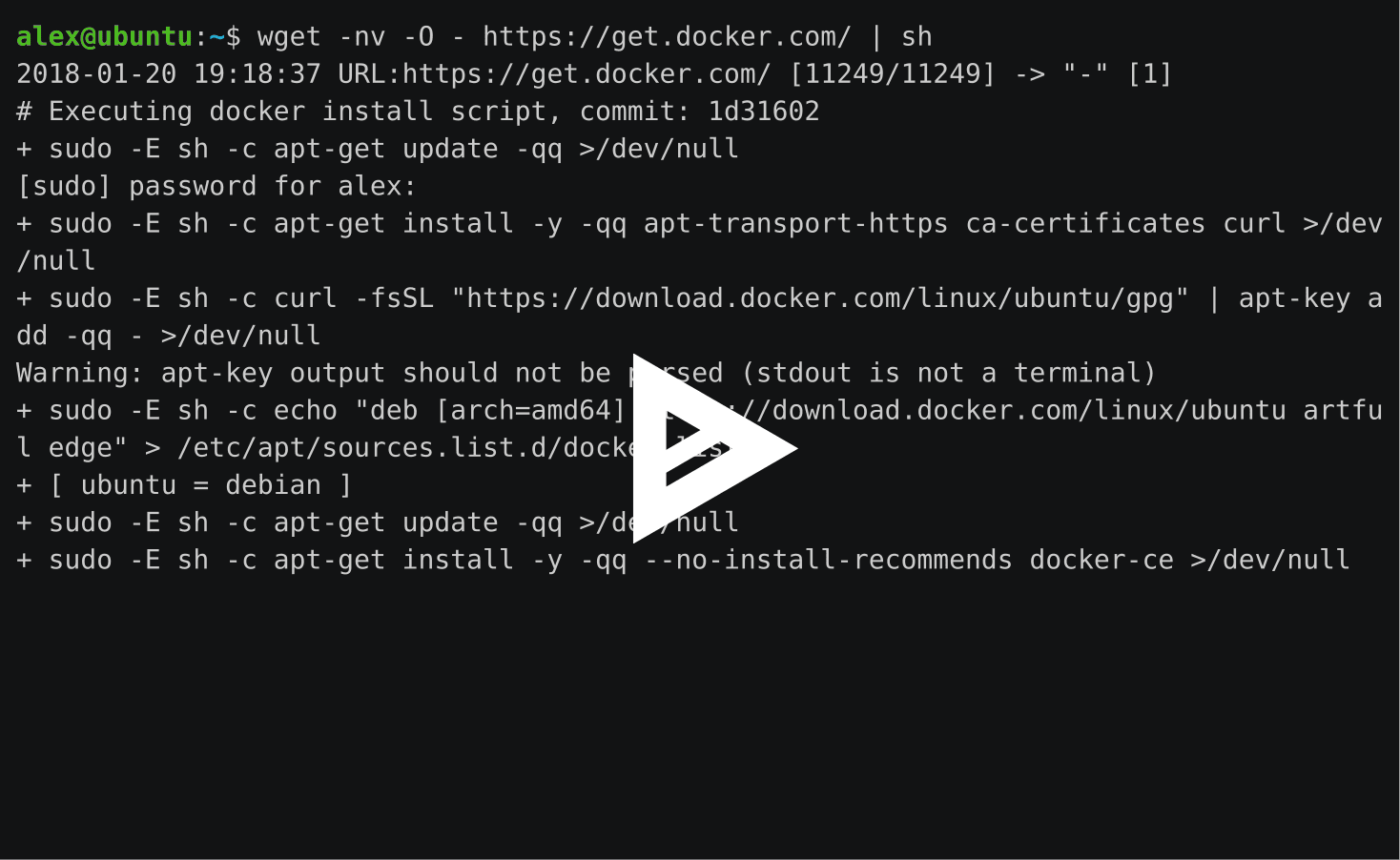 On most GNU/Linux distros, you can use the following command to install Docker:

After Docker is installed, you'll want to add your user to the docker group so you don't need sudo to run Docker commands.

Finally, log out and back into your computer, and then head to the next section.

You will also need Docker Compose for local development. Check if you already have it by typing docker-compose version.

If you need to install it, follow the link and select your platform for specific instructions. 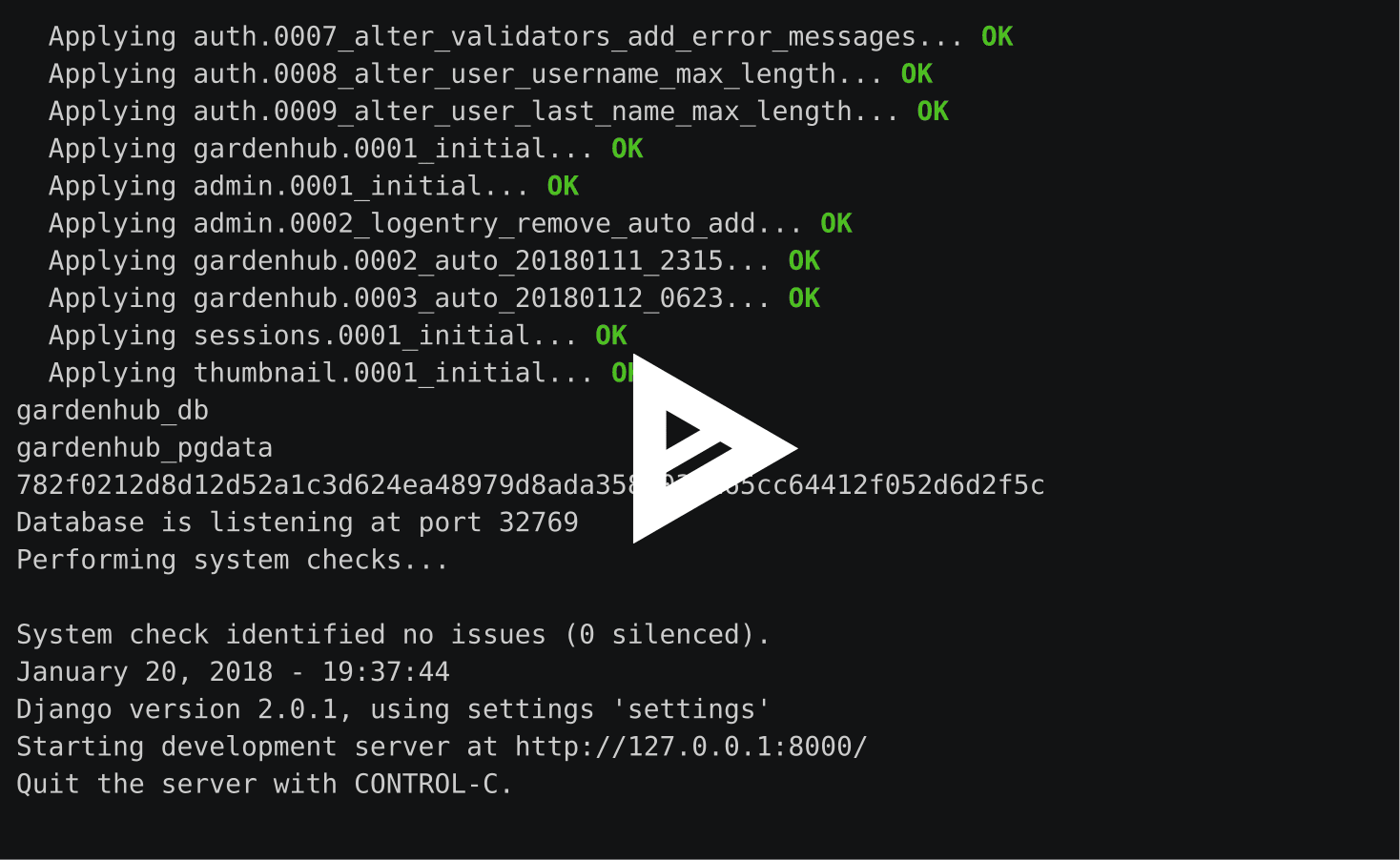 With Docker installed and ready to go, just follow these commands:

It may take a few minutes to download everything the first time, then it will run more quickly on subsequent attempts.

dev.sh has a few options you can take advantage of.

To run migrations, you can use:

Any other management command may also be run this way.

Rebuilding the container (you have to, sometimes)

GardenHub is copyright © 2017 HarvestHub. Except where otherwise noted, the code in this repo is licensed under the GNU AGPL version 3 or later. View the LICENSE file for a copy of the full license.

The documentation (in the docs subdirectory) is licensed under the GNU FDL version 1.3 or greater. View docs/LICENSE for a copy of the full license.

Finally, the file gardenhub/templates/gardenhub/email_invitation.html is copyright Lee Munroe and licensed under MIT. The copyright notice and full license text is inside of the source code of the file.