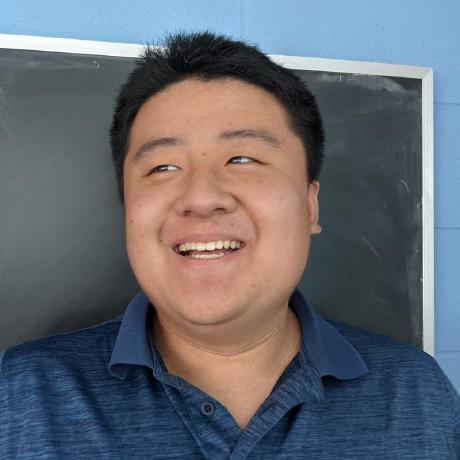 I love to hack, make, and create! I'm a senior at Choate Rosemary Hall (a high school) and president of Choate Programming Union, a club that aims to foster a love of programming amongst all students. I'm also a ham radio operator (general class) – my callsign is KC1LTV. I mainly focus on crypto/security related things, although I have a variety of other interests.

As of 2020-12-31, 140/207 of my repositories are public. Here are several of my more interesting recent open-source projects (in no particular order and in varying degrees of completion).

This was used to generate demonstrably random pairings of a chess tournament to great success!

This project was a weekend project – I plan to revisit this soon and add some types!

I also have spent some time helping out Archive Team by writing software that smartly queues some archiving jobs onto ~100 servers through an IRC interface.

I place a great emphasis on my tooling – my belief is that the more familiar I am with my tools, the better I am equipped to solve the problems I want to solve.

I usually write code in emacs and spend most of my time on my computer in terminal (alacritty). My dotfiles (somewhat up to date) are here. I usually use tmux over mosh to remotely work and develop, but sometimes I use good old-fashioned ssh (using mosh (via Blink) on my school-issued iPad plus a bluetooth keyboard can be very productive!). For IRC, I use WeeChat with several custom plugins and filters (may be open-sourced soon) and my nick is usually maxfan8 (you can find me on efnet and hackint, although I prefer the latter).

(Is this latest GitHub feature gimmicky? Yeah, ^^ it certainly looks like it is!) Written in emacs (doom-emacs).

1,257 contributions in the last year

Created a pull request in cloud-oak/ProgressBars.jl that received 6 comments

Here are some simple benchmarks to diagnose performance issues and quantify overhead. Looks like the printing_delay argument doesn't help performan…

Created an issue in cloud-oak/ProgressBars.jl that received 2 comments

The default (and only) behavior for ProgressBars.jl is to print to stdout, where it should print to stderr to be in-line with tqdm and similar tool…