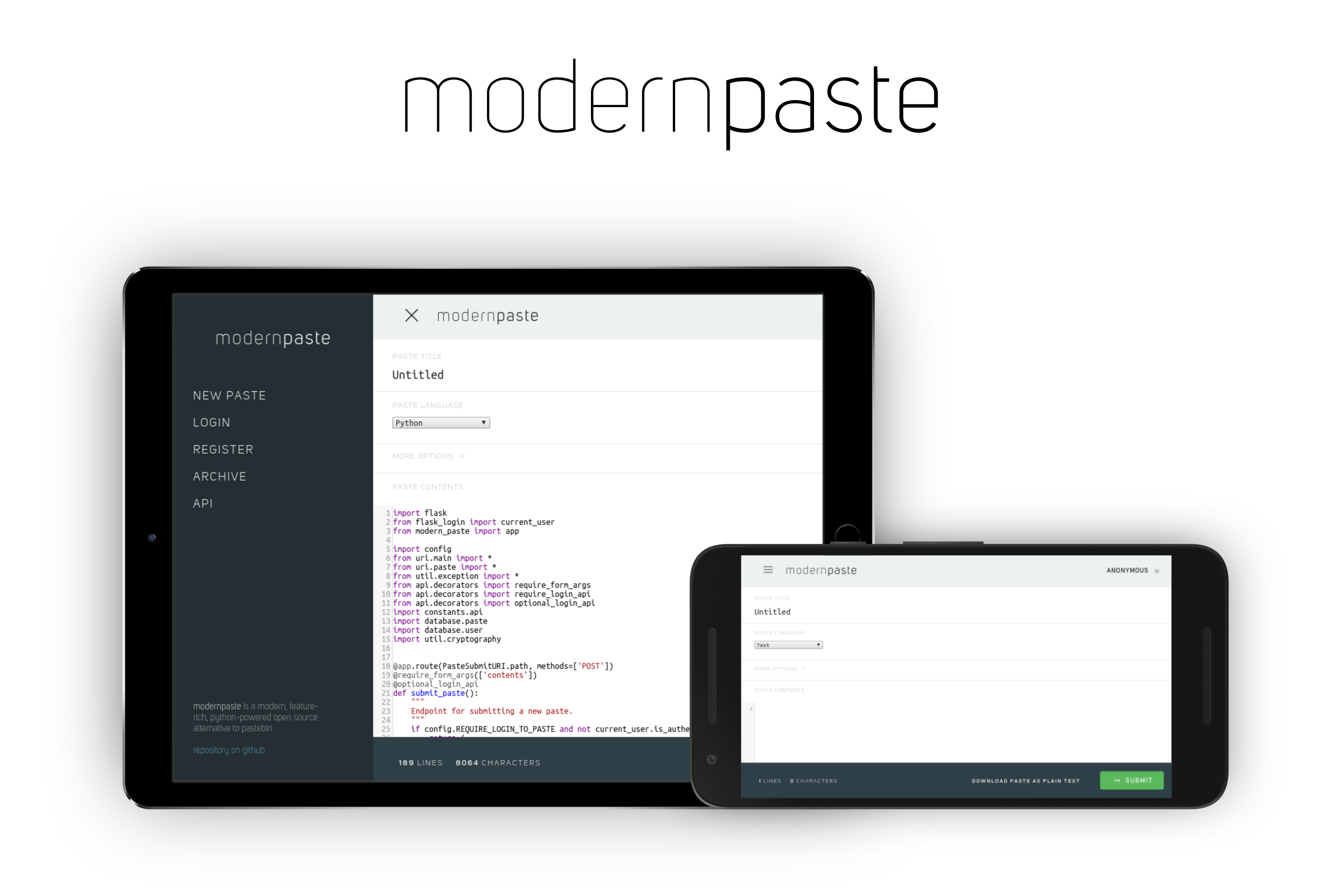 Modern Paste is a self-hosted Pastebin alternative that is

Modern Paste is intended for system administrators who wish to host their own installation of a code/text Pastebin on personal servers. It's free and open source: contributions from the developer community are encouraged and always welcome.

The following instructions assume an Apache web server, though any WSGI-aware server should work.

Contributions from the developer community lie at the heart of open source software. Contributions to Modern Paste--in the form of new features, bug fixes, or anything else--are encouraged and always welcome. Please read the Workflow section carefully on how to get started. The Continuous Integration and Testing sections describe practices on ensuring the integrity of Modern Paste.

This project follows the standard git-flow workflow. In a nutshell, the dev branch serves as an integration branch for new features and fixes, and the master branch serves as the project's stable release branch.

To contribute, you should

The app's backend infrastructure lives in app/database and app/api. Templates live in app/templates, and SCSS/Javascript lives in app/static/scss and app/static/js. SCSS and JS builds are handled automatically by the templating system.

As a general guideline,

Your pull request must pass the build in order to be merged. You can run everything Travis runs locally with make check-style, make test-coverage, and make prod.

Modern Paste has high standards of testing: every line of Python should be tested. This is to ensure accuracy of your intended changes, and to make sure future changes don't break existing functionality.