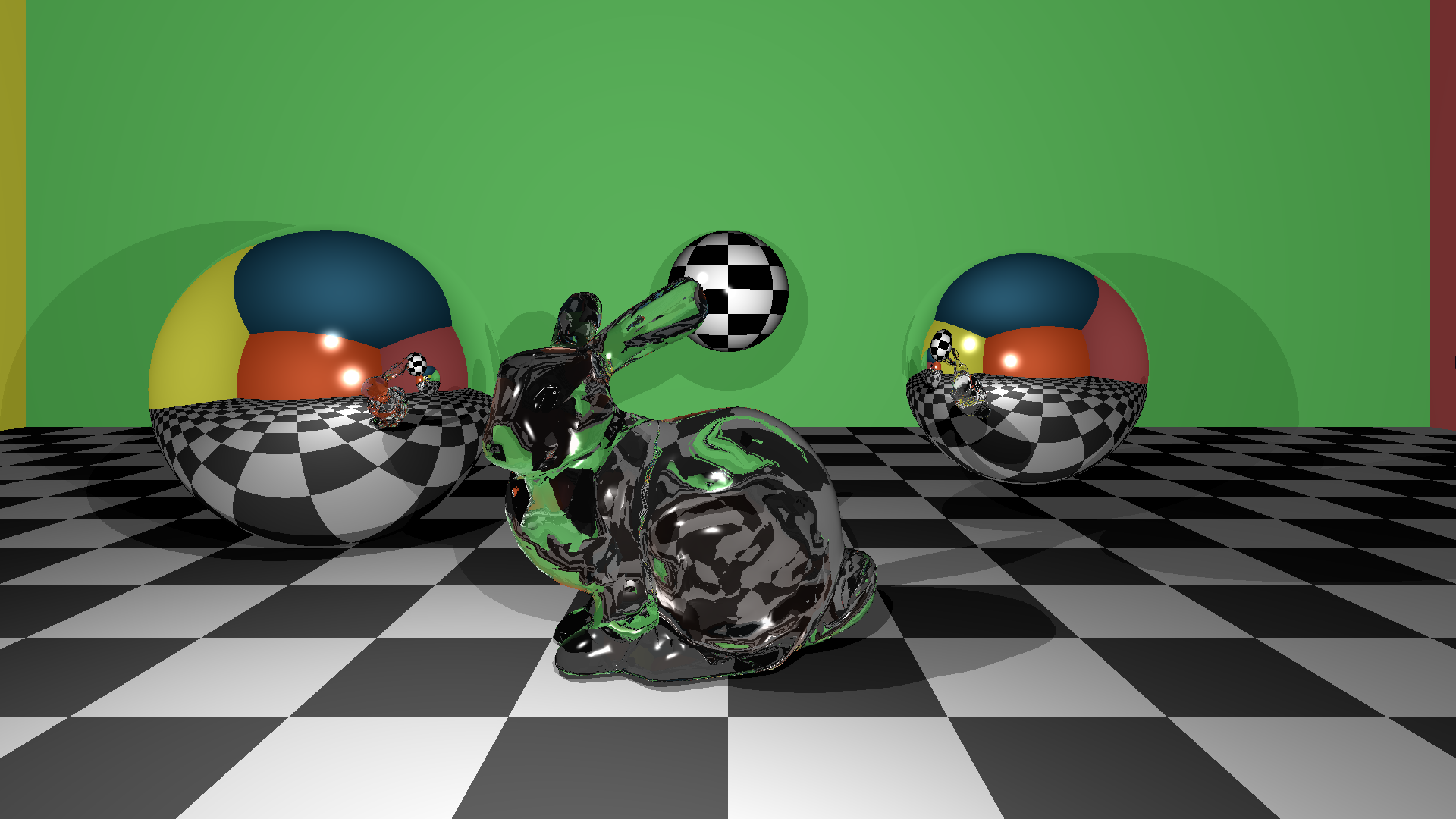 Ray tracing is a 3d rendering technique that attemps to generate photorealistic images by tracing rays that are shot from every pixel of the image and applying mathematical and physical concepts to accomplish techniques described below.

The light that gets scattered all around the scene, takes object ambient reflection parameter into consideration.

Reflections are implemented by casting rays from the light source to an object and then by casting a reflection ray from intersection point of the object, directed along the reflection vector. This method is used recursively to add realism by allowing for multiple reflections in the scene.