DISCLAIMER: This is only for testing purposes and can only be used where strict consent has been given. Do not use this for illegal purposes, period.

Please read the LICENSE under readme/LICENSE for the licensing of VBad. 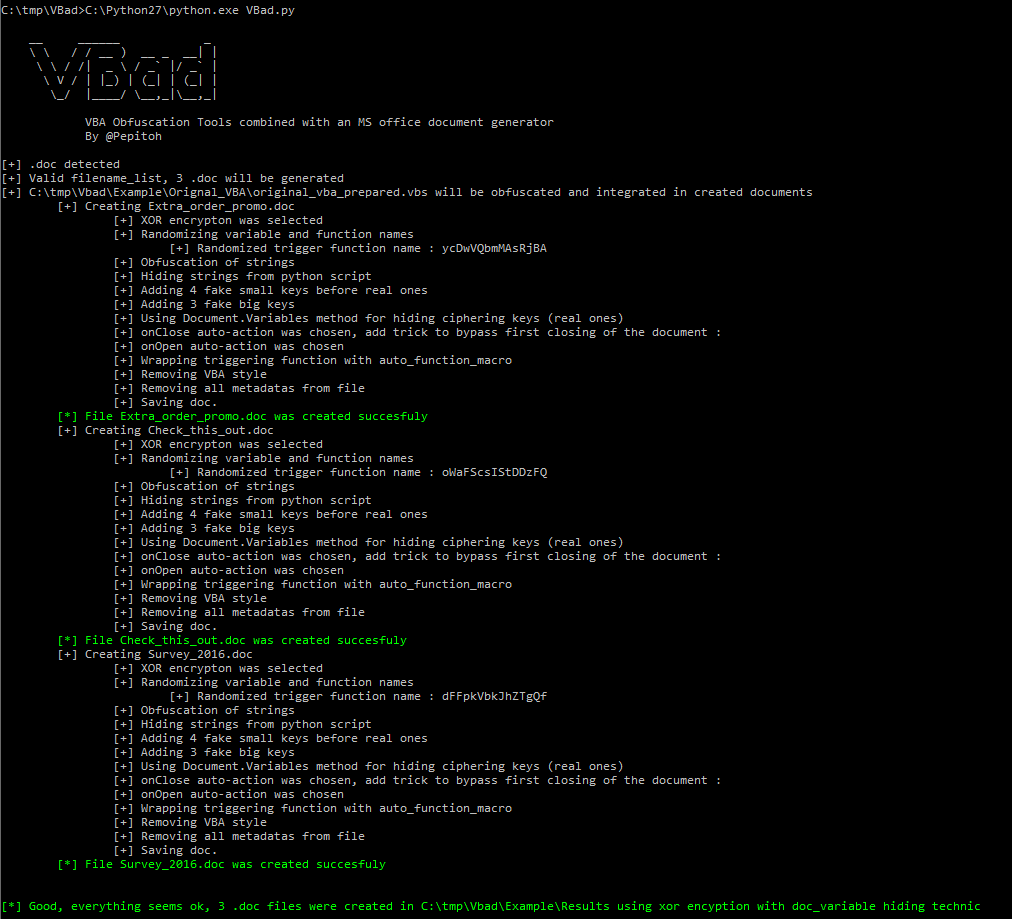 VBad is a tool that allows you to obfuscate (and encrypted) in many diffrent ways pieces of VBA code and integrated directly into a list of generated MS Office document. You would be able to :

For the moment, only one type of encryption is supported.

All strings and indicated variables are encrypted (xored in fact) using a random key (different for each files). This key is stored into Document.Variables by the python program and then initialization (not the variable itself) is deleted from the VBA code.

It makes decryption of the code harder because analysts has to get back this Document.Variable key using specific methods (no classic tools will work with this).

For more fun, this keys are deleted once the macro is triggered one time (as long as the file is open from a writable place).

New storage methods and real encryption algorithms are to come. But, remember it's VBA, we do not have so many choices. :-).

First of all, you need to markdown your orignal VBA to indicate the script what you want to obfuscate/randomize or not :

Git clone and customize const.py to fit your need, you have to indicate at least :

In Example folder, you will find an already marked vba file, a template.doc, a list of 3 filename. You can use it and adapt it as you need.