Leleleplayer is a classic audio player, which comes with a home-made library that computes distance between songs, using it in order to smoothly play similar songs from your audio library. Handy when you don't want to bother yourself with creating a complete playlist. (Unstable) Windows binaries are available in the release tab 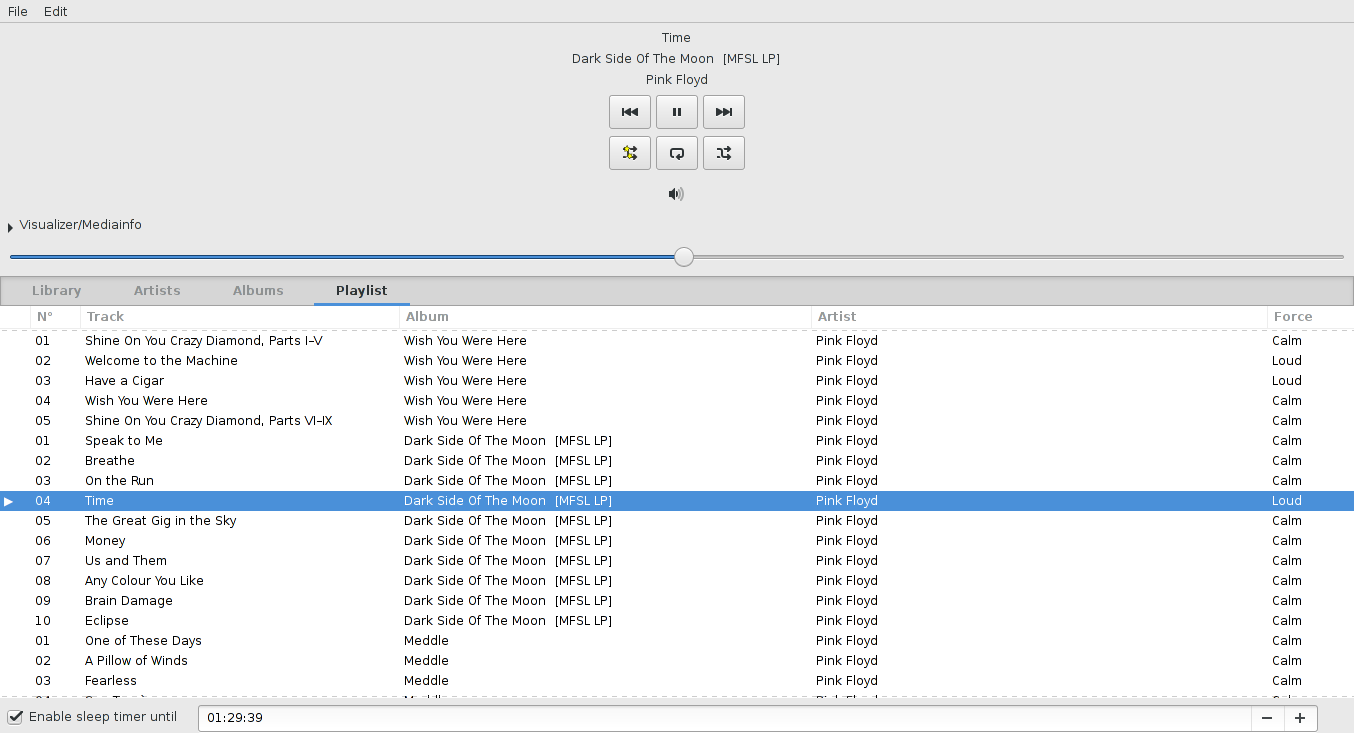 Usage of the analyze binary

Returns 1 if the song is calm, 0 otherwise

How does the analysis process work?

Leleleplayer and the analyze binary use the same library, liblelele. For every song analyzed, liblelele returns a struct song which contains, among other things, four floats, each rating an aspect of the song: