The RabbitMQ Simulator is a web based tool that can be used to represent messaging topologies on a blank canvas.

The idea is to be able to drag & drop components like Exchanges, Queues, Producers and Consumers and be able to interconnect them by drawing lines to represent bindings and so on.

Here's how a messaging topology represented with the simulator looks like: 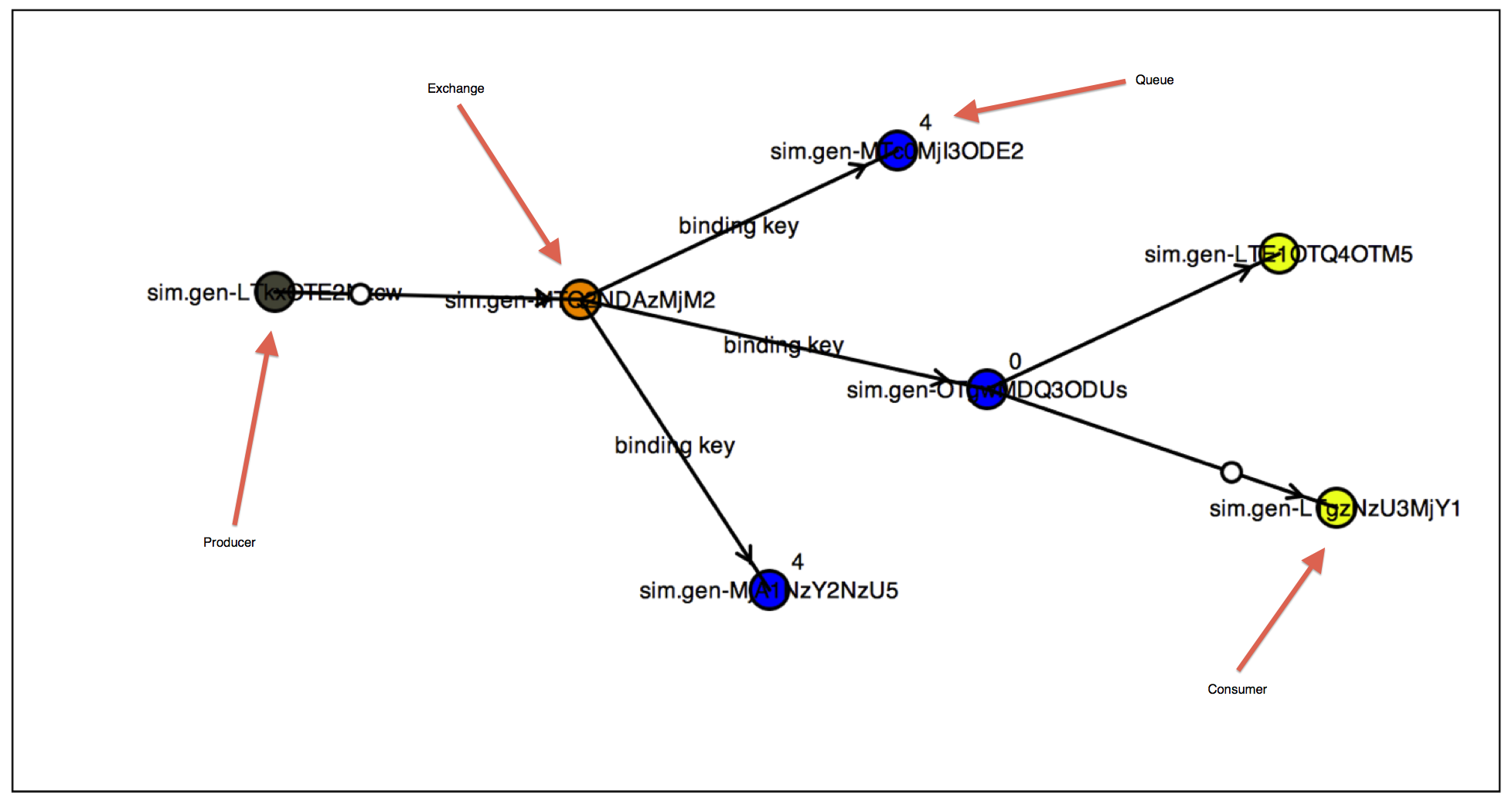 There are many ways to run the Simulator: you can do it either as a bunch of static HTML/JS/CSS files, or with a node.js server. The node.js server way will allow you to import/export data from RabbitMQ.

Just open the file build/index.html in your browser and you will have access to the simulator.

This project depends on node.js and various node libraries for building the source files, therefore you will need to install node on your machine if you want to run it.

Once you have everything in place you can run the node.js app by calling:

If you want to be able to import/export from RabbitMQ then a broker needs to be running on localhost, with the management plugin enabled. At the moment the simulator uses the default guest:guest credentials but that will be fixed in the future.

To have the import/export feature enabled you need to create the following environment variable:

Once you accessed the simulator from http:localhost:3000 you can drag elements into the white canvas. To interconnect them simply hold alt or shift while dragging from the connection source to the target.

You can click on the different elements in order to change names, routing keys and so on.

Each element has its own functionality when clicked. For example a producer will open the New Message Form while an exchange will allow you to change its name and type.

The Advanced Mode button will let you see bindings to the Default or Anon Exchange.

The Export and Import buttons are used to save/load configuration from RabbitMQ.

The To Player functionality is currently in development and therefore not documented.

The file web/js/Simulator.pde and the file web/js/scripts.js are built using Grunt. To build them type the following command inside the Simulator folder:

If you don't have Grunt installed as a CLI tool then follow the instructions here: http://gruntjs.com/getting-started.