Here is a survey of how Sereal stands up against alternative serialization tools in Perl.

The code that generates these, including the data that they were run on can be found in the source code repository at Perl/shared/author_tools/bench.pl. You can run it yourself by building both Encoder and Decoder, then running from the Perl directory:

There are many flags that control parts of the behaviour of that script. Read the source to find out more.

Array Of Small Hashes With Relations 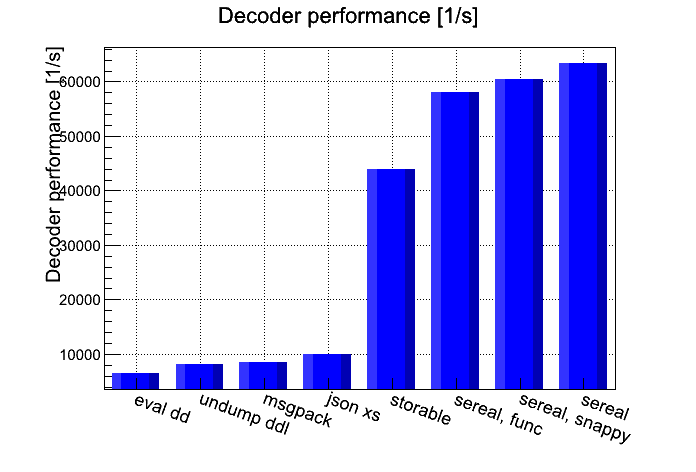 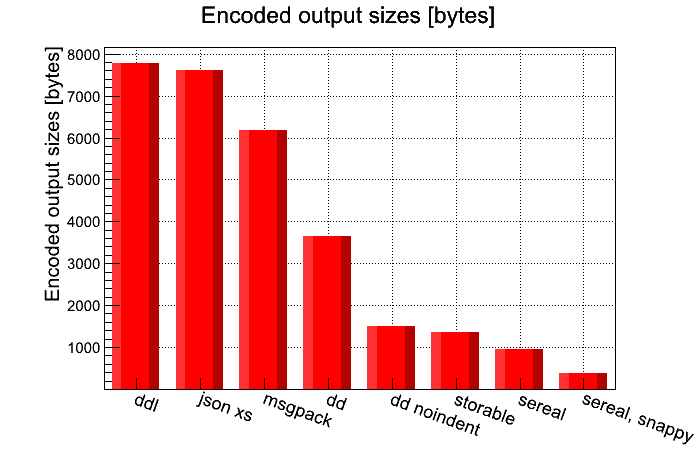 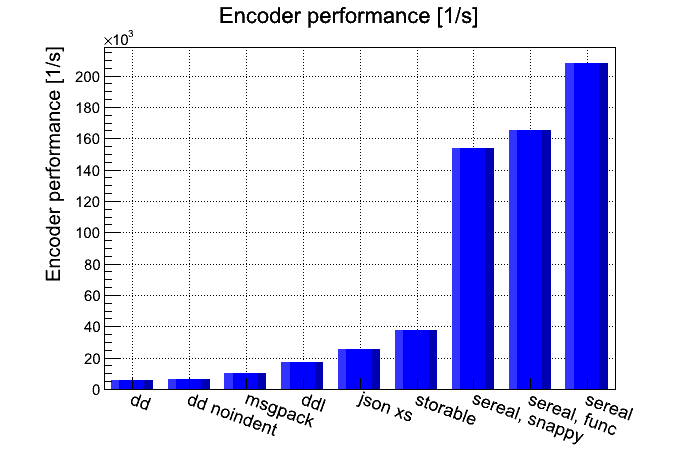 Array Of Small Objects With Relations

Same as the example before, but using objects in the place of unblessed hashes. 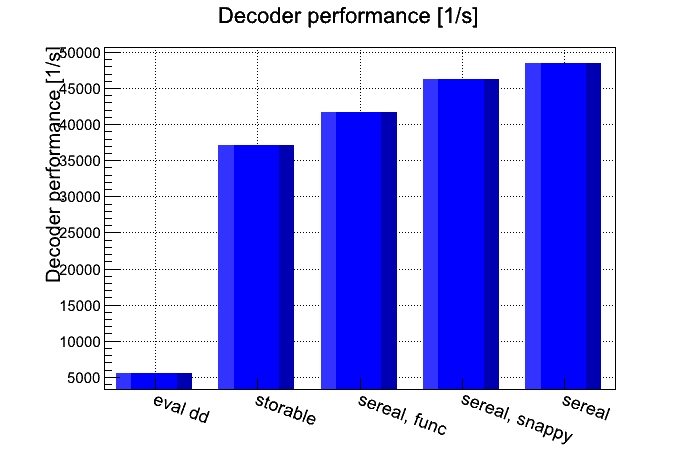 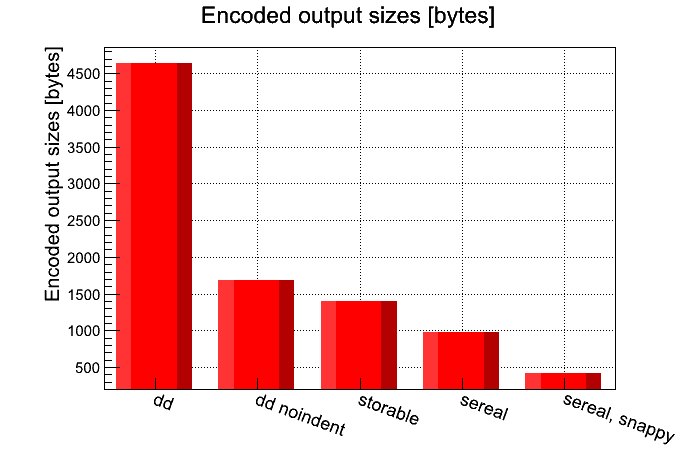 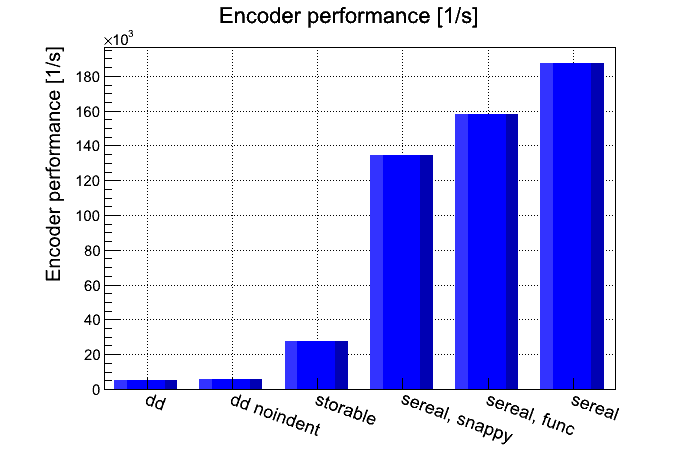 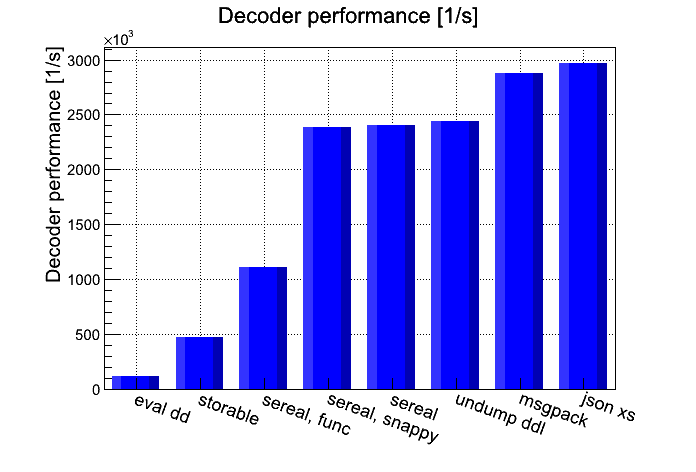 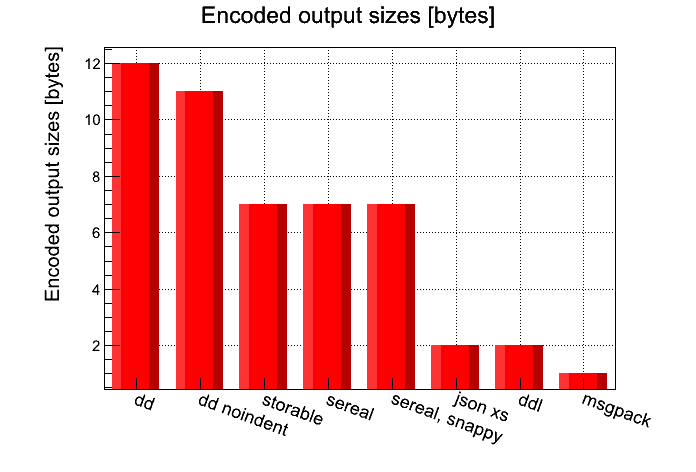 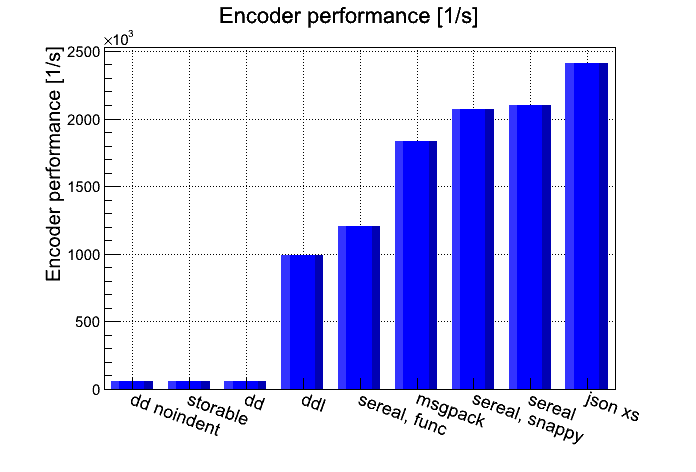 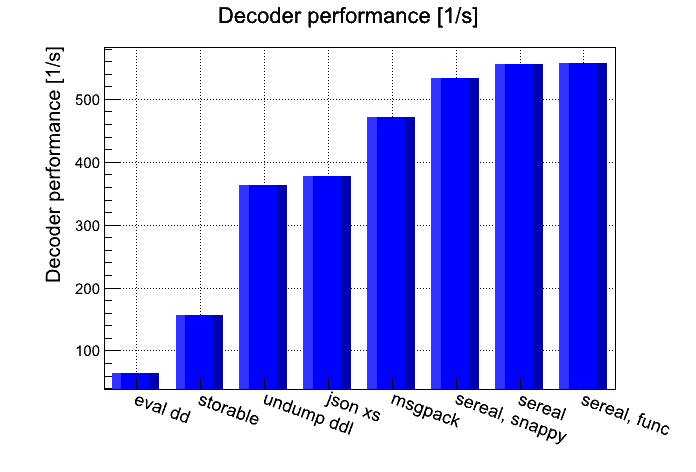 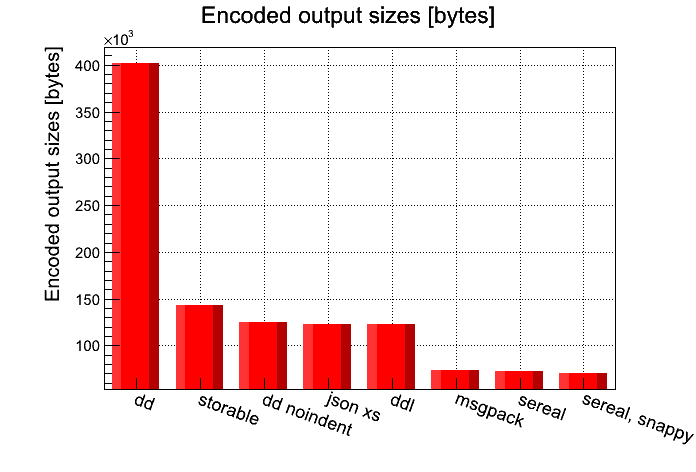 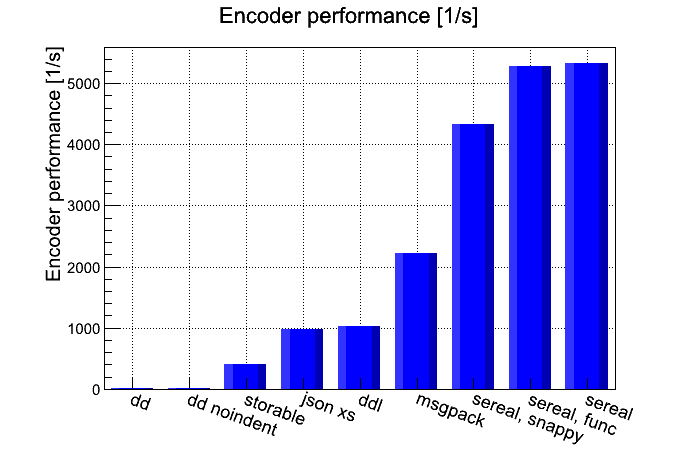 A small hash with three keys, an integer value, an array of three integers, and a Unicode string. 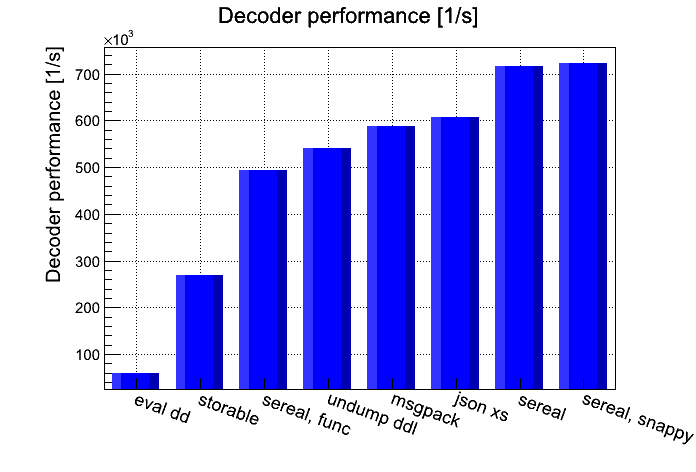 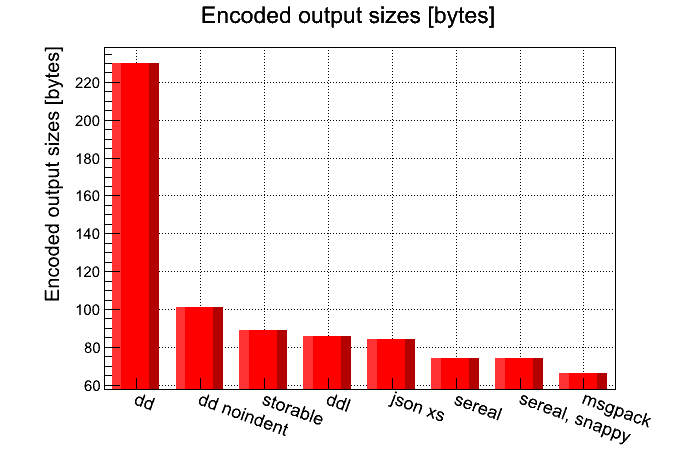 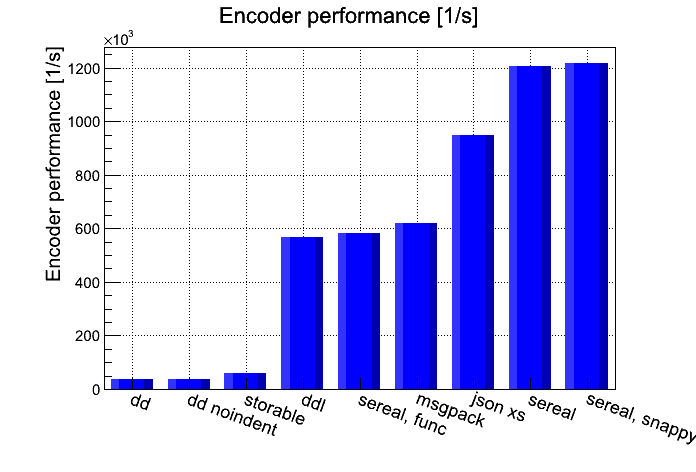