An open, distributed platform as a service 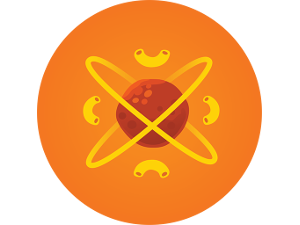 Want to know more about the opinions behind what makes PaaSTA special? Check out the PaaSTA Principles.

Note: PaaSTA has been running in production at Yelp for years, and has a number of "Yelpisms" still lingering in the codebase. We have made efforts to excise them, but there are bound to be lingering issues. Please help us by opening an issue or better yet a pull request.

Note: PaaSTA is an opinionated platform that uses a few un-opinionated tools. It requires a non-trivial amount of infrastructure to be in place before it works completely:

The main advantage to having a PaaS composed of components like these is you get to reuse them for other purposes. For example at Yelp Sensu is not just for PaaSTA, it can be used to monitor all sorts of things. Also Mesos can be re-used for things like custom frameworks. For example at Yelp we use the Mesos infrastructure to run our large-scale testing framework: Jolt. SmartStack is used at Yelp for service discovery for Non-PaaSTA things as well, like databases, legacy apps, and Puppet-defined apps. Most PaaS's do not allow for this type of component re-use.

On the other hand, requiring lots of components means lots of infrastructure to setup before PaaSTA is fully baked. If you are looking for a project that doesn't require external components, we encourage you to look at the doc comparing PaaSTA to other tools.

PaaSTA is an opinionated platform, and it is not designed to interoperate with every possible backend service out there.

Think of it as an example of how we have integrated these technologies together to build a cohesive PaaS. It is not a turn-key PaaS solution.

See the getting started documentation for how to deploy PaaSTA.

Read the documentation at Read the Docs.

PaaSTA is licensed under the Apache License, Version 2.0: http://www.apache.org/licenses/LICENSE-2.0

Everyone is encouraged to contribute to PaaSTA by forking the Github repository and making a pull request or opening an issue.

An open, distributed platform as a service