Initially I used MockApi instead of JSONPlaceholder for storing the data, which worked really well -except for the fact that anyone editing the todo items in the app would update the actual list in MockApi and who knows what texts the next viewer would have seen :)

So I changed the URLs used by Axios to JSONPlaceholder, but with some caveats:

That being said, if you replace all the axios used URLs (in App.js) with a REST API of your choice (needs to hold an array of objects with title, completed and id properties), then the app works as intended, PUTing all the updated items in the list (titles and marked completed), DELETing items from the list, POSTing new items to the list. So yeah, it works. Just change the URLs if you want to try it out.

You can replace the jsonplaceholder links in App.js with https://5c7d6322dd19010014c8e9cf.mockapi.io/todo/todo if you want to see the data getting deleted, posted, put and obviously saved to MockApi. But be aware that using MockApi you change the actual list it holds, and other viewers trying the MockApi list will see what you wrote/added/deleted last.

You can see it in action here https://codepen.io/alina-balteanu/full/xBRgNO 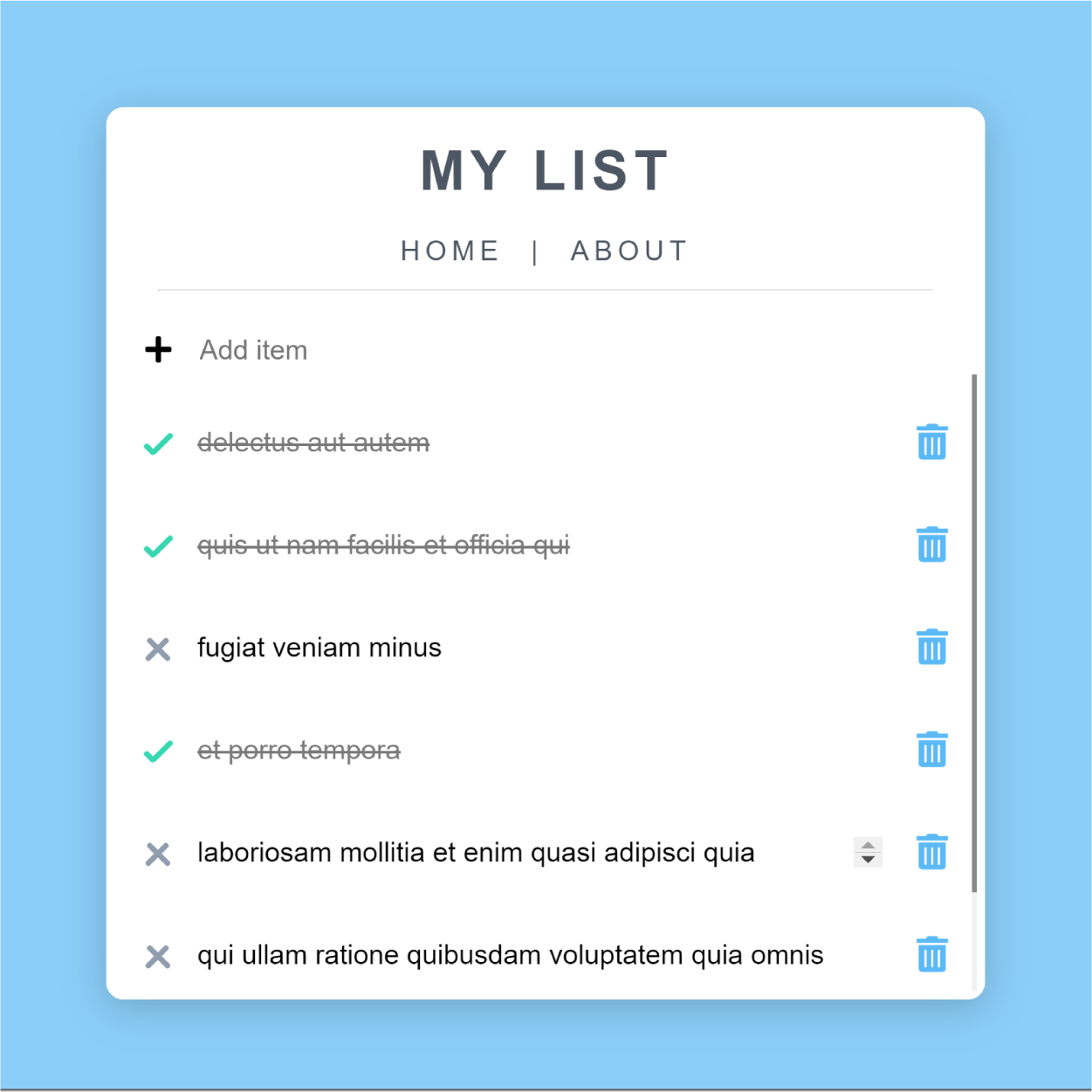