An implementation of paper's system

Image stylization refers to the process of converting input images to a specific representation that enhances image content using several designed patterns. The critical steps to a successful image stylization are the design of patterns and arrangements. However, only skilled artists master such tasks because these tasks are challenging for most users. In this paper, a novel image stylization system based on anisotropic reaction diffusion is proposed to facilitate pattern generation and stylized image design. The system begins with self-organized patterns generated by reaction diffusion. To extend the style of reaction diffusion, the proposed method involves using a set of modifications of anisotropic diffusion to deform shape and introducing a flow field to guide pattern arrangement. A pattern picker is proposed to facilitate the pattern selection from these modifications. In the post-process step, a new thresholding and color mapping method is introduced to refine the sizes, densities, and colors of patterns. From the experimental results and a user study, several image stylizations, including paper-cut, stylized halftone, and motion illusion, are generated using our method, demonstrating the feasibility and flexibility of the proposed system. 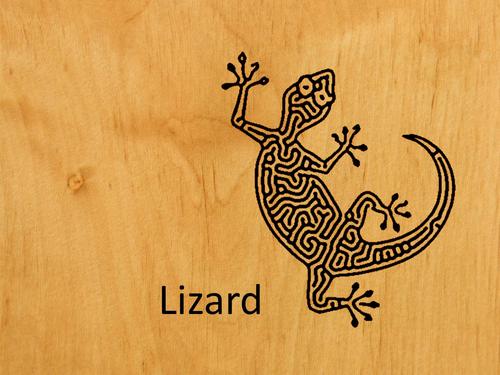