A Sinatra app that produces an RSS feed of a user's Steam screenshots.

Deploy this app to a server, Heroku is pretty easy. Then, set up a recipe on IFTTT with the Feed channel. Set the URL to wherever you deployed this app. Be sure to pass the user parameter to set your Steam name! Choose 'New feed item' for the IFTTT trigger.

For a Tumblr recipe, the following works: 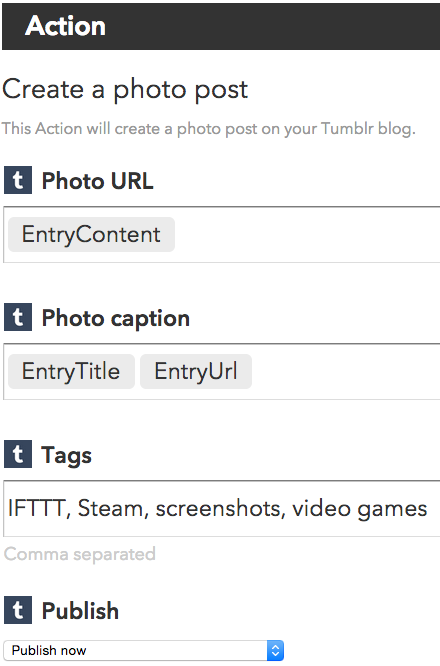