This is a python script that will generate password use statistics from password hashes dumped from a domain controller and a password crack file such as hashcat.potfile generated from the Hashcat tool during password cracking. The report is an HTML report with clickable links. A full video tutorial and demo can be viewed here: http://www.blackhillsinfosec.com/?p=5527.

You can run the python script as follows.

The two required parameters are the hashes extracted from the domain controller -n and the list of cracked passwords -c generated by tools like Hashcat or JohnTheRipper.

Note that the group lists at the end (-g "Domain Admins.txt" "Enterprise Admins.txt") are optional. Try this out on the example files provided in the sample_data folder of this project. The sample data was built from census data for common first and last names and passwords from the well known rockyou list.

Your customer.ntds file should be in this format:

You can get this file by first dumping the password hashes from your domain controller by executing the following command in an administrative command prompt on a domain controller. Just make sure you have enough disk space to store the output in c:\temp. The amount of space needed will be slightly larger than the size of the ntds.dit file that is currently on the disk, as this performs a backup of that file and some registry settings.

The ntdsutil command will create the two files, Active Directory\ntds.dit and registry\SYSTEM, that are needed. You can then turn this output into the format expected by DPAT using secretsdump.py. Secretsdump comes pre-installed on Kali Linux or can be easily installed on Windows using these instructions.

If you would like to report on password history, include the -history flag as shown below. Note: Jan/2020 Josh Wright reported that the history hashes are not exported correctly on ntds.dit files from Win2K16 TP4 and later. See this issue.

Note: Try using impacket-secretsdump instead of secretsdump.py on Kali Linux if secrectsdump.py can't be found.

The command above will create a file called "customer.ntds" which you will use with this tool (DPAT) as well as for password cracking. You can now proceed with your password cracking efforts to create a crack file in this format (which is the default output of the Hashcat tool):

Or for LM Hashes:

The DPAT tool also supports output from John the Ripper (same format as hashcat.potfile but prepended with $NT$ or $LM$)

The optional "-g" option is followed by a list of any number of files containing lists of users who are in the given group such as "Enterprise Admins" or "Domain Admins". The file can be in the format output by the PowerView PowerShell script as shown in the example below:

Alternatively, the group files can simply be a list of users, one per line, in the following format:

Here is a PowerShell one-liner to create group files for all groups.

The Domain Password Audit Tool also has the handy feature to finish cracking the LM hashes for any hashes where the NT hash was not cracked. This asssumes that you have used Hashcat to brute force all 7 character passwords with the following command:

Or to crack LM hashes with John the Ripper instead: 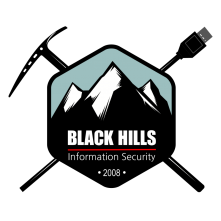