This application is intended to facilitate the launch of battle.net games from steam with overlay while still being automaticly logged in by the battle.net client.

Note: If the Battle.net client isn't running when starting the game it will be closed as soon as the game starts, otherwise it will be left running. 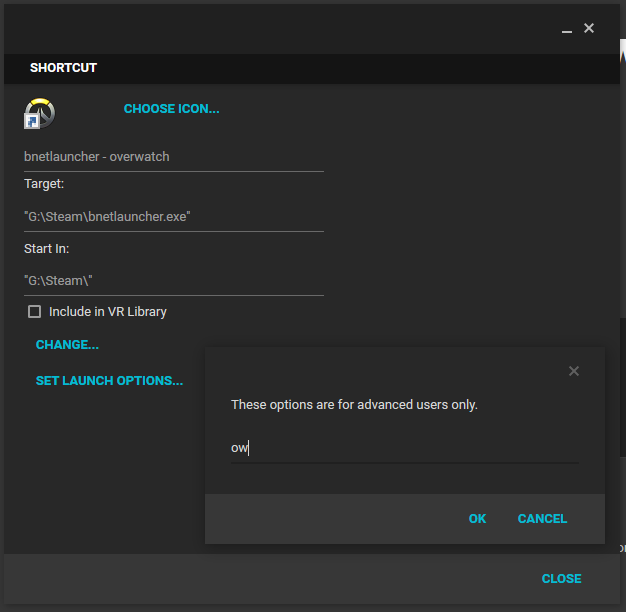 Note: Destiny 2 has moved to steam on the 1st of October.

In case of problems logging can be enabled by creating a enablelog.txt file inside %localappdata%\madalien.com\bnetlauncher\, you can open the location by pasting the path into explorer or the run dialog in windows (WinKey+R)

To remove all traces of bnetlauncher from your system:

From v2.00 onward bnetlauncher uses a internal gamedb.ini to control how games are launched.

Disclaimer: This option is there to make it easier to add new games as blizzard releases them or support "exotic" use cases. It's not intended or needed for regular users.

To customize the configurations create a gamedb.ini file in:

A gamesdb.ini.sample is distributed with bnetlauncher containing a copy of the built in shortcuts.

Important: The defaults are not changeable. bnetlauncher will always override them with it's internal gamesdb.ini file. However it is possible to create a new entry using a different name to use custom options.

Explaining what each part does: