Here is a video (click to play) of a sample SparCraft experiment playing for battles of size 32 vs. 32 units. The visualization is written in OpenGL and is included in the SparCraft download: 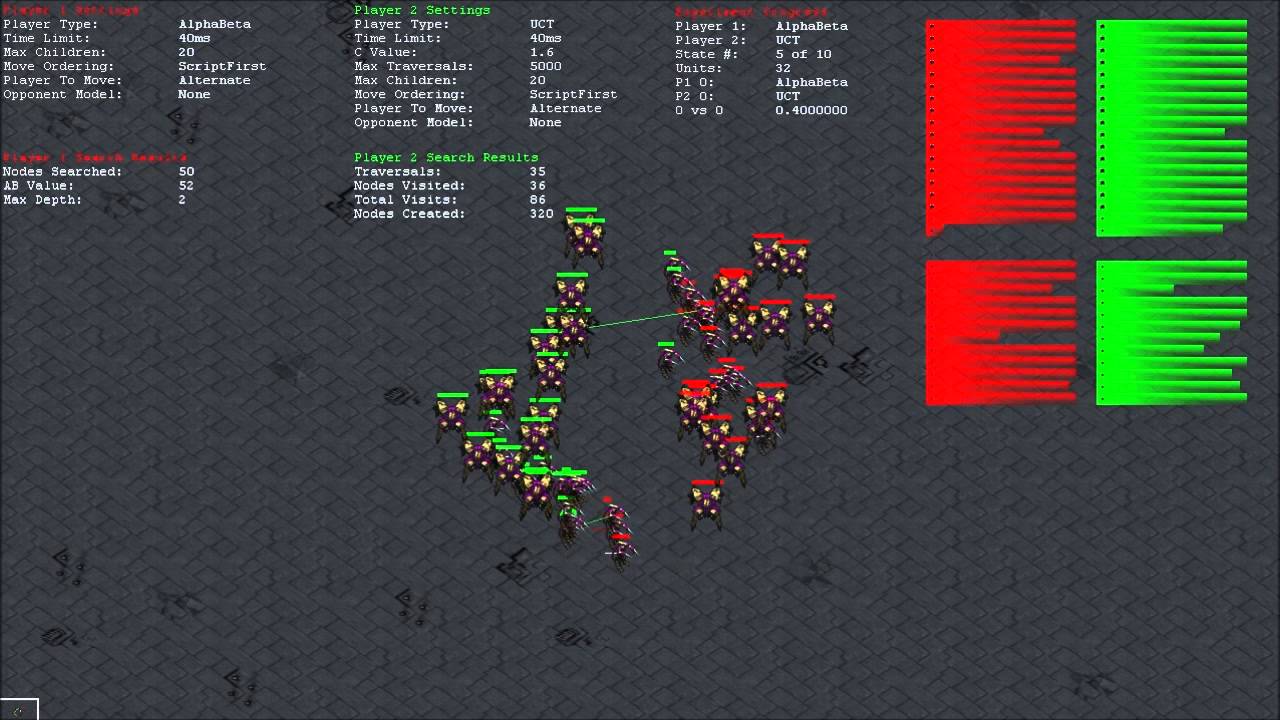 The StarCraft Build Order Search System (BOSS) is a StarCraft: BroodWar build order search and simulation package used to plan all build orders in UAlbertaBot. Its documentation is incomplete. 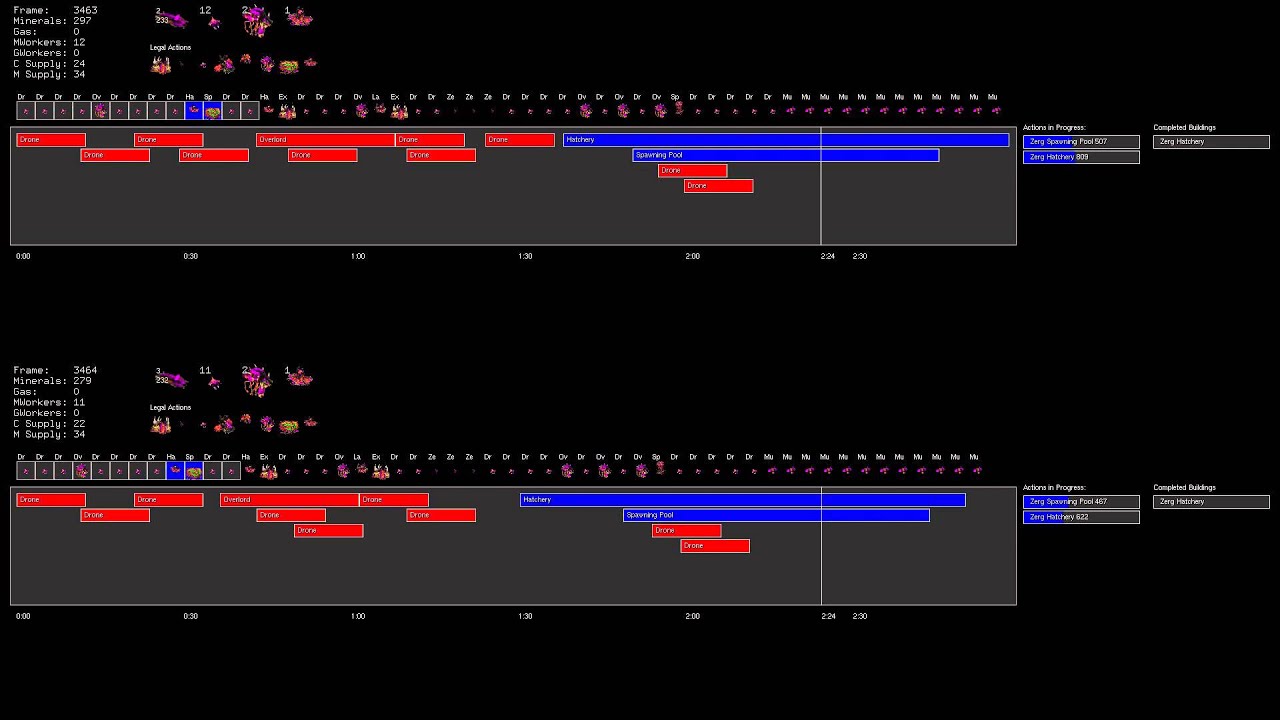