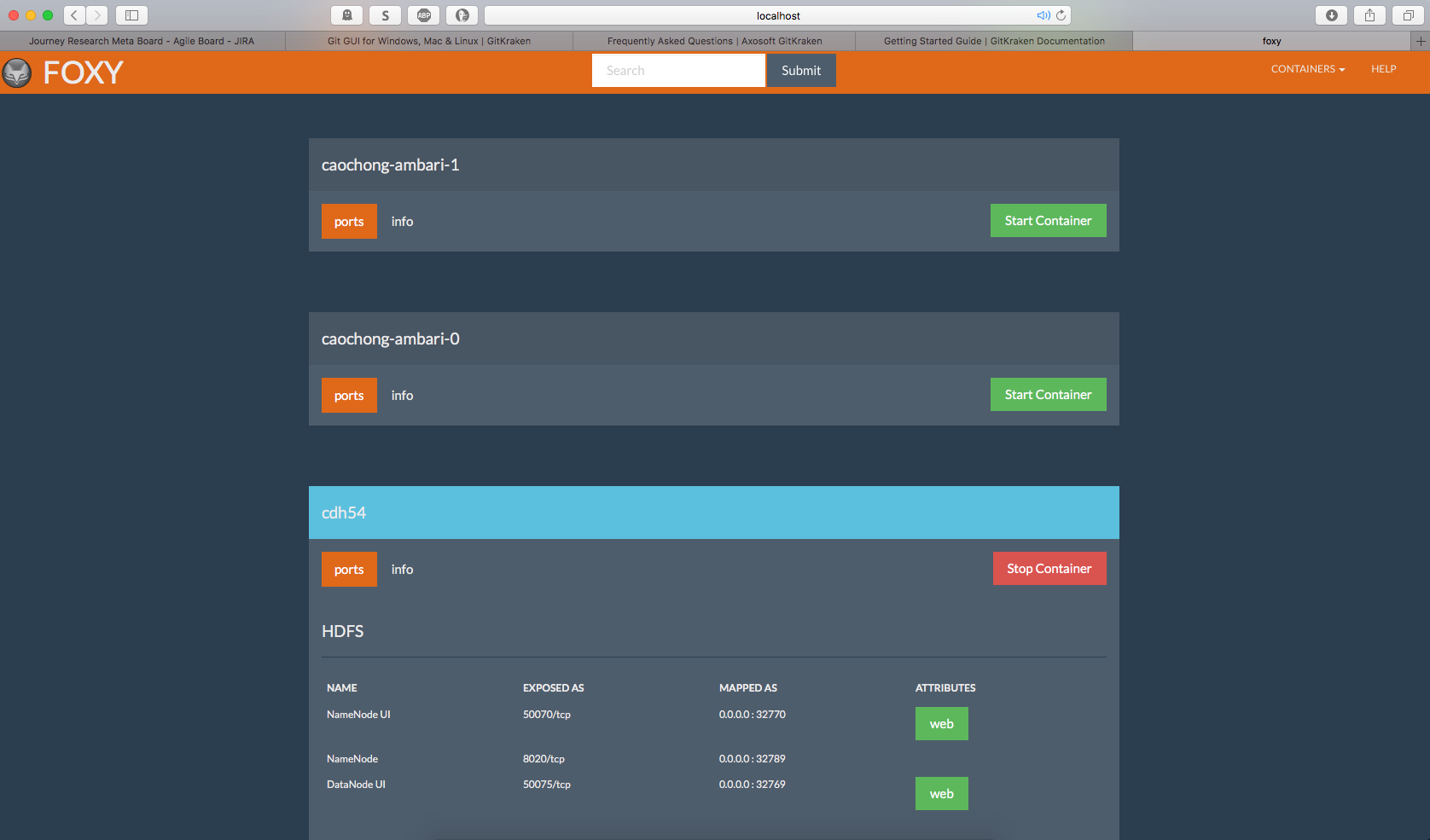 Foxy is a python-powered dashboard designed to make using docker for local development easier. While there are many other dashboards available for docker, they are all focused primarily on the needs of dev-ops personnel running a cluster. A developer using docker to create a sandbox production environment on her workstation has different needs. Foxy meets those needs by providing meaningful information on what containers are available on the system, what ports are available on the containers, links to open any web-accesible services in the container, and the means to start/stop containers from the dashboard. Ports are displayed along with a name indicating what service it's attached to, and may be grouped together in the dash. For example, the Hadoop ecosystem has many constitutent technologies, HDFS, Hadoop, Spark, Yarn, etc., each of which has one or more network ports used to interact with the service. Foxy can group all of the ports for a given service together on the display so you don't have to hunt around for them.

associate meta-data with a docker file

The first thing you're going to need to do is associate metadata with the docker file you're planning on using to build your container. If you've already got a container(s), you can still use foxy to start, stop, or display the docker inspect report, but you won't be able to view the port resolution tables or have one-click access to available web services.

Foxy metadata is associated with the LABEL tag in a dockerfile. Below is an example of what this might look like for a containerized cloudera cdh stack:

Now that you've created your container, you'll need to fire up foxy. Create a virtual environment for python 2.7, activate it, then execute the setup script:

Once you everything installed, start foxy by executing the following script:

then navigate your favorite web browser to localhost:1701

Foxy will present you with a dashboard with a nav bar on top and a set of panels below; each panel representing a docker container.