Use this mark to identify Markdown.

Use this mark to identify Markdown. It can be used to identify user input areas which support Markdown-compiled HTML output or to identify general Markdown support.

The Markdown Mark was designed and built by Dustin Curtis (https://dustincurtis.com). Important contributions were provided by Mac Tyler (http://mactyler.com).

Markdown was developed by John Gruber (https://daringfireball.net/projects/markdown/) in collaboration with Aaron Swartz. 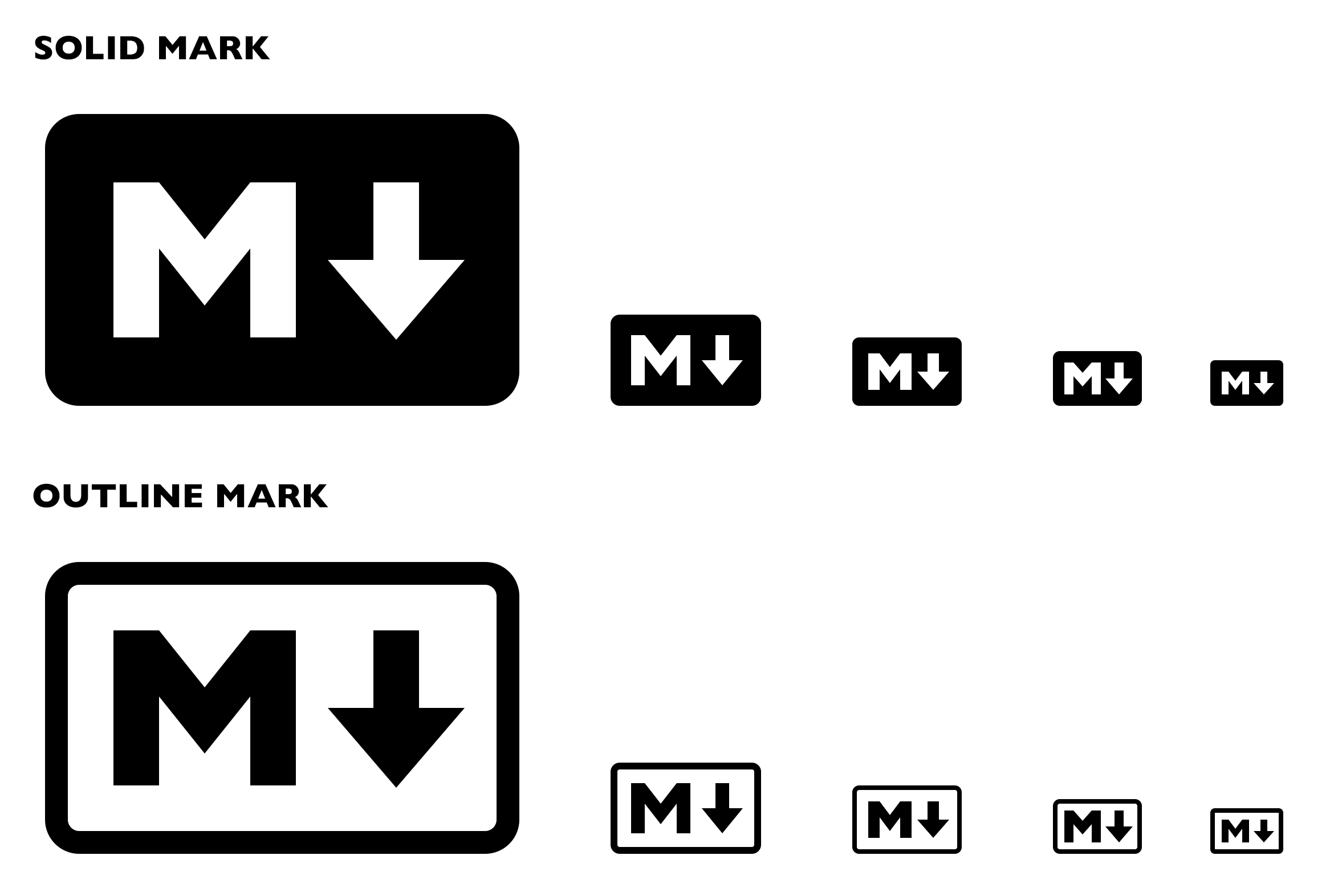 The "M" glyph was inspired by the the capital letter M of Gill Sans Bold, a typeface designed by Eric Gill in 1928. The down arrow icon was constructed to proportionally complement the "M" glyph. The border radius used for the rounded enclosure box was chosen so that the box looks natural at both small and large sizes.

The Markdown Mark is designed to be used for identifying user input areas which support Markdown-compiled HTML output and to identify general Markdown support.

Although you may modify this mark any way you like, without restriction, we ask that you respect the following guidelines:

If you cannot use an image for the Markdown Mark, use this unicode approximation (the letter M and the "Downwards Black Arrow" U+2B07 unicode character between square brackets): 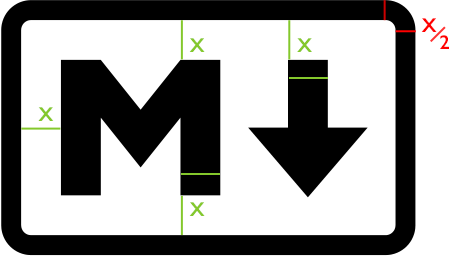 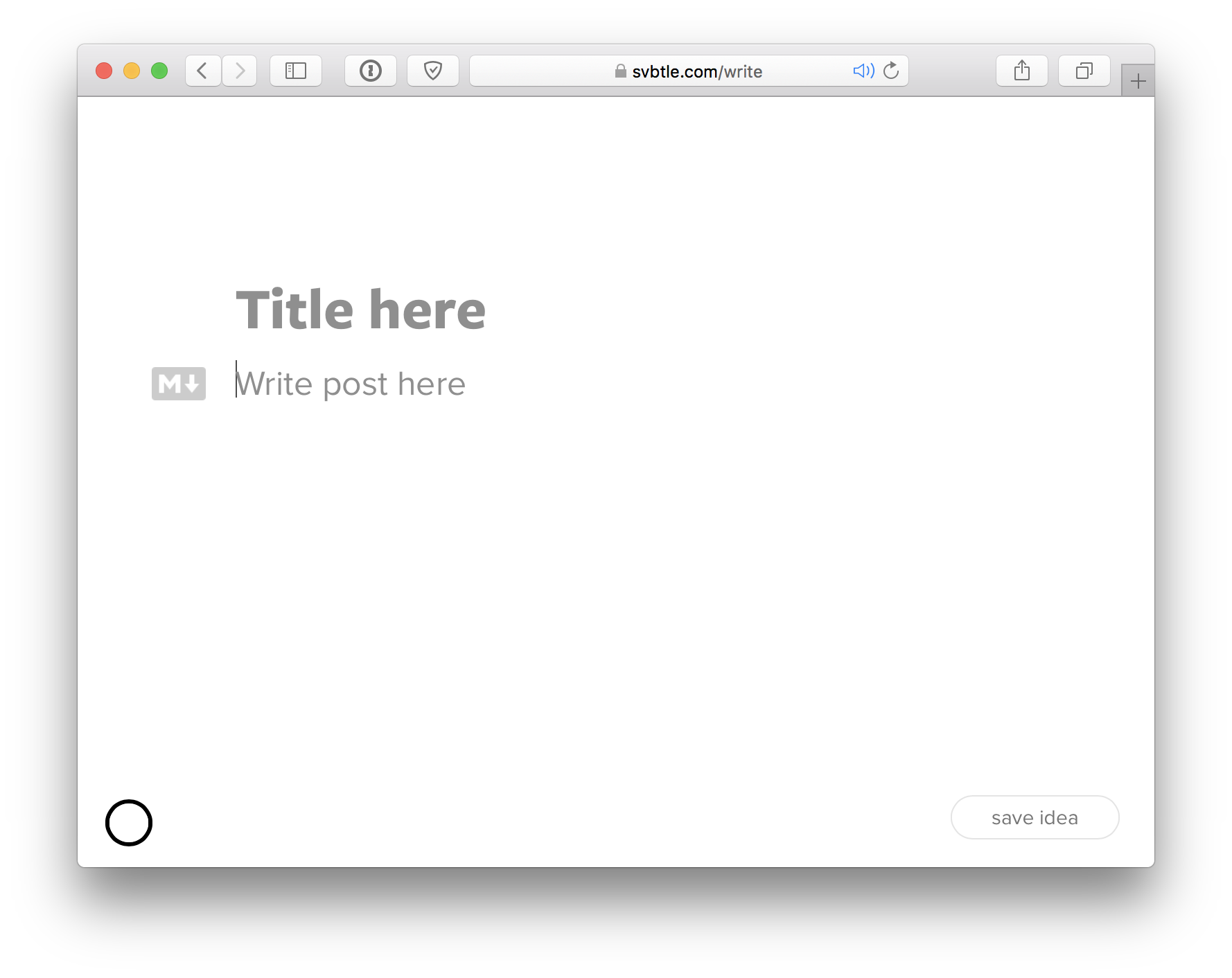 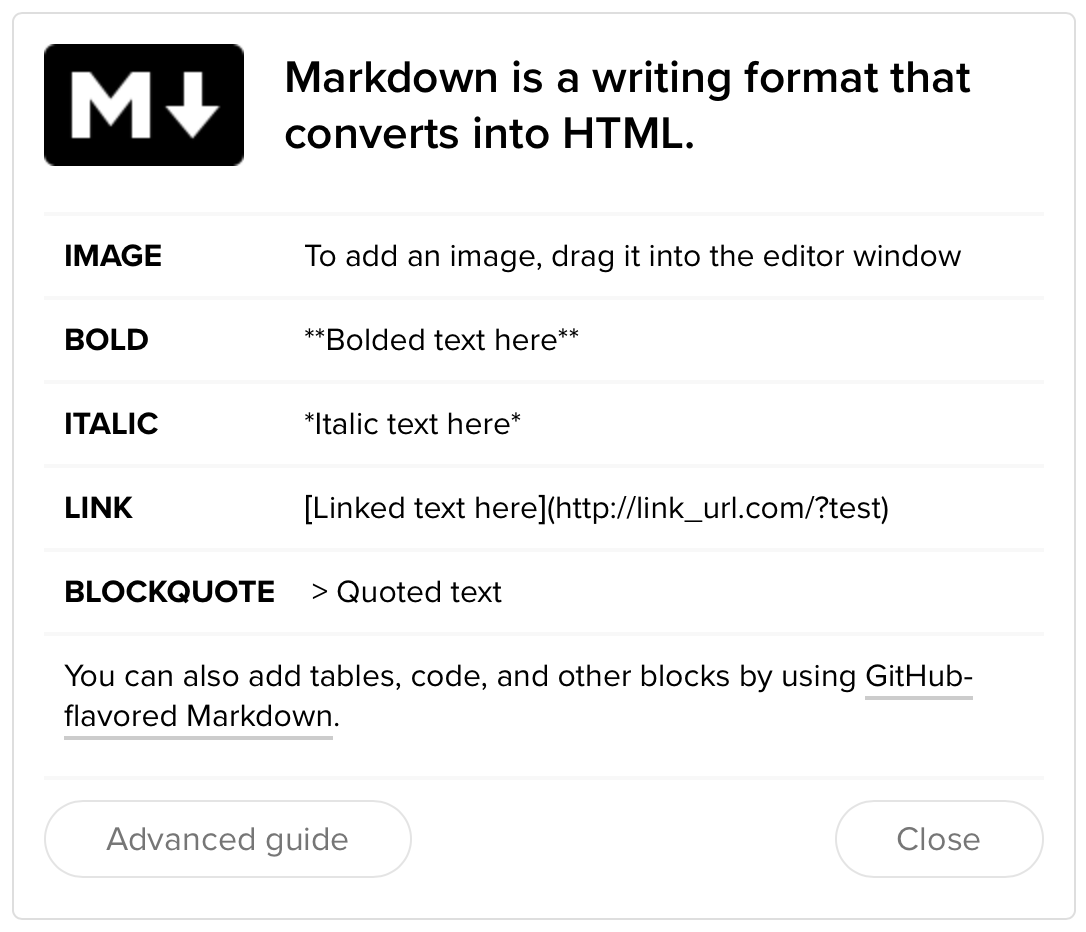 The Markdown Mark has been dedicated to the public domain. See the included file LICENSE.

Use this mark to identify Markdown.