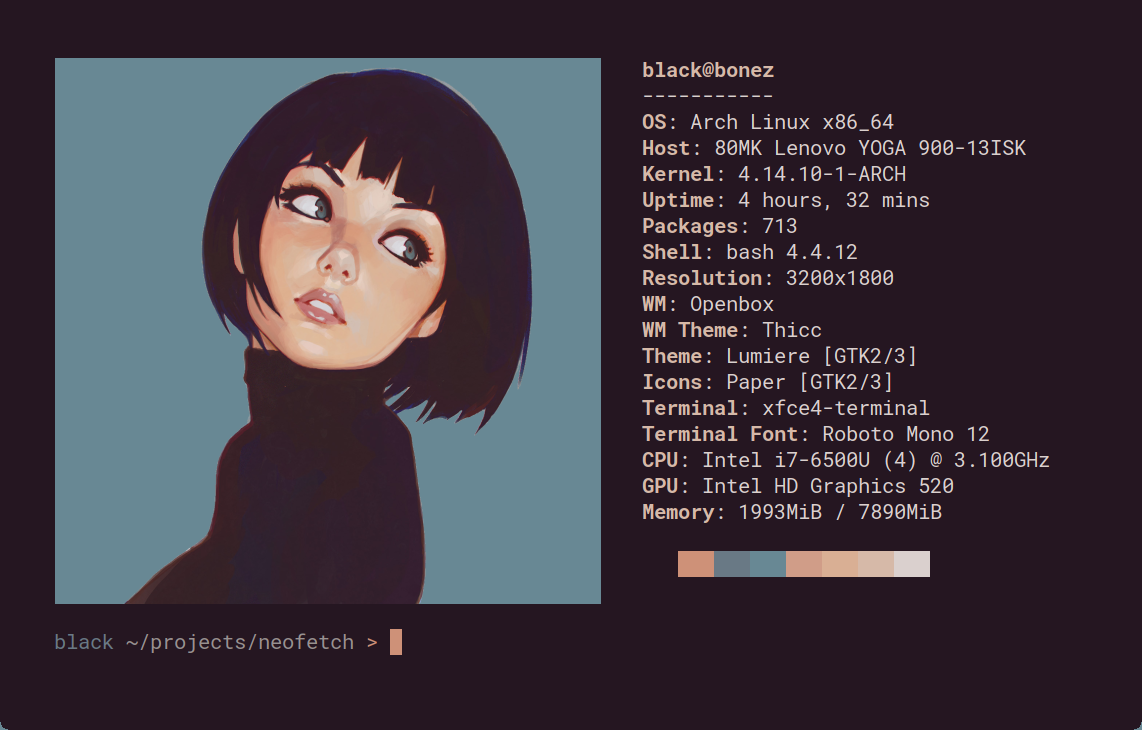 Neofetch is a command-line system information tool written in bash 3.2+. Neofetch displays information about your operating system, software and hardware in an aesthetic and visually pleasing way.

The overall purpose of Neofetch is to be used in screen-shots of your system. Neofetch shows the information other people want to see. There are other tools available for proper system statistic/diagnostics.

The information by default is displayed alongside your operating system's logo. You can further configure Neofetch to instead use an image, a custom ASCII file, your wallpaper or nothing at all. 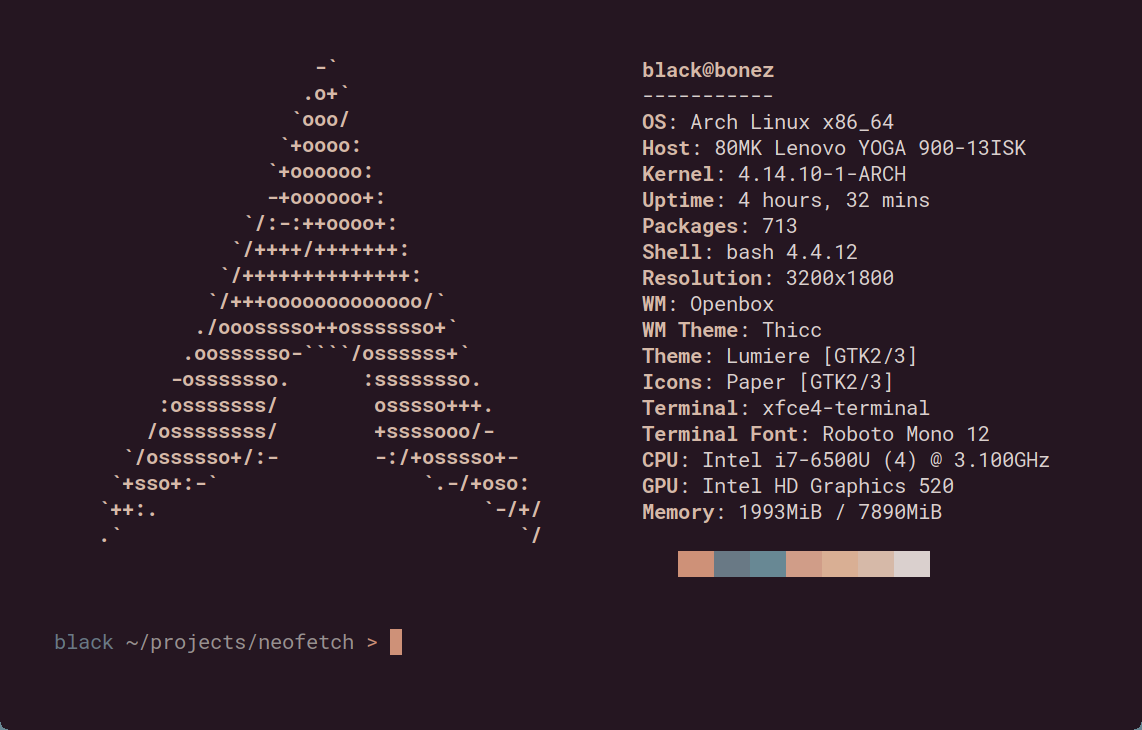 You can further configure Neofetch to display exactly what you want it to. Through the use of command-line flags and the configuration file you can change existing information outputs or add your own custom ones.