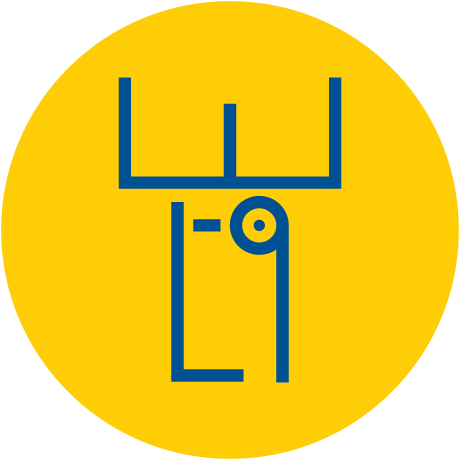 If you want to use ELQ in a React project. Try the React wrapper called react-responsive-block.

Big thanks to Evry sponsoring the project.

Element queries are not for the faint hearted (read: not suitable for all projects). If your web app consists of modules that are (or should be) responsive – then this is most probably something for you! Otherwise, move on and come back another time :)

Since element queries have not been standardized (and not implemented in browsers), developers need to resort to JavaScript to provide element queries. There are numerous libraries that enable element queries in different ways, but here are the main selling points to why we believe ELQ is the best solution:

For a very detailed description of ELQ and element queries, read the Master's Thesis. The API and architecture is somewhat outdated, but the Thesis is still relevant for understanding ELQ.

We haven't had time to write proper docs yet. What follows is really a minimal explanation of the API.

Once the dist/elq.js file is included into the HTML (it is built with UMD, so include it as you wish) it exposes a global function Elq. This is a constructor that creates ELQ instances. It is recommended to only use one instance per application.

The main idea is to annotate elements with breakpoints of interest so that children can be conditionally styled in CSS by targeting the different breakpoint states. ELQ is bundled with three plugins as default, that let you annotate breakpoints as attributes of your elements like so:

It may seem alien that the classes describe that the width of the element is both maximum 300 and 500 pixels. This is because we have taken a user-centric approach, so that when using the classes in CSS the API is similar to media queries. However, developers are free to change this API at will as elq is plugin-based.

Now that we have defined the breakpoints of the element, we can conditionally style it by using the classes:

This API is sufficient for applications that do not need nested breakpoint elements, and similar features is provided by related libraries. However, using such API in responsive modules still limits the reusability since the modules then may not exist in an outer responsive context.

The reason this API is not sufficient for nested modules is because there is no way to limit the CSS matching search of the selectors. The selector .foo.elq-max-width-500px p specifies that all paragraph elements should have white text if any ancestor breakpoints element is above 500 pixels wide. Since the ancestor selector may match elements outside of the module, such selectors are dangerous to use in the context of responsive modules. The problem may be somewhat reduced by more specific selectors and such, but it cannot be fully solved for arbitrary styling.

Let's expand our example HTML to include to nested modules, that uses the mirror API.

As the paragraph elements are mirroring the nearest .foo ancestor, we can now write CSS in the following encapsulated way:

Since we in the previous examples have annotated elements manually, the power and flexibility of the API have not been properly displayed. Only when combined with JavaScript, things get more interesting. To be continued...

Returns the version of instance.

Registers a plugin to be used by the instance. Parameter is required to be a plugin definition object.

Tells if the given plugin has been registered or not. Parameter can be a plugin name (of type string) or a plugin definition object.

Activates the given collection of elements. This triggers ELQ to perform its work so that all element queries are updated. Plugins are invoked, so that they can perform their logic. Resize listeners are also installed when propriate. Elements may be activated multiple times.

Parameter can be any collection of elements, and also accepts a single element. The are assumed to be ELQ-elements and it is not recommended to activate non-ELQ elements.

Deactivates the given collection of elements. This stops all ELQ and plugin systems started by activation.

Registers a callback to be called for an event of an element. The element parameter is option, and if omitted the callback will be called when the event is emitted for any element.

When enabled, the cycle detection system tries to detect cyclic rules and breaks them if needed. When a cycle is detected, a console warning is printed. This may be helpful during development to catch cycles.

A plugin is defined by a plugin definition object and has the following structure:

When necessary, ELQ invokes certain methods of the plugin API, if implemented, to let plugins decide the behavior of the system. Those methods are the following:

In addition, plugins may also listen to the following ELQ events:

The update flow is as follows:

Of course, there are options to disable some of the steps such as cycle detection and applying breakpoints. In addition to being triggered by the start flow and plugins, it is also triggered by element resize events.

The API that enables developers to annotate breakpoints in HTML, as described in the usage section, is implemented as two plugins. One plugin parses the breakpoints of the element attributes and one plugin applies the breakpoint classes. The simplified code of the make method of the parsing plugin is as following:

The applying plugin simply implements the applyBreakpoints method to alter the className property of the element by the given breakpoint states.