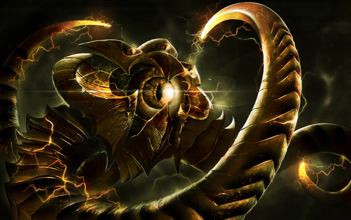 Overmind replaces ng-view. When the user navigates to a route, the overmind checks to see which app that route belongs to, loads the app's scripts and templates (if not already loaded) and bootstraps the app on the fly.

Breaking your Angular project into many small, isolated angular apps has many benefits. Each app:

You can have several apps on the page at a time. See the Demo.

Shows a project broken up into several apps: nav, home, profile, and admin. The nav app is always on the page and is the only app bootstrapped on pageload. See the demo here.

Also replace your ng-view with:

Wherever you define your Angular apps, register them with the overmind:

Let overmind know about your apps. /routePrefix : any route that starts with this will cause this app to be loaded & boostraped. ngModule : the name of your Angular module. file : the location of the app's main entry JS file to load. Usually this file will require() the rest of the app's files when loaded.

The overmind config is also the place to set html5 mode if you're using it:

You may also bootstrap any other apps that live continuously on the page, like a nav app or a chat sidebar. But the overmind will handle the bootstrapping of your main content apps.

The overmind provides your apps with things they used to get from ngRoute: $location, $route, $routeParams, etc. The difference is these actually belong to the overmind. So even though your project will consist of many isolated apps, users can enjoy a seamless routing experience between apps via overmind.

The user then navigates to /admin/users. Overmind will unbootstrap/cleanup the profile app, load and bootstrap the admin app, and render the view specified in the admin app for the /admin/users route.

Overmind.js is a replacement for ng-view, and currently assumes a single main content area. Luckily your apps can bootstrap other apps where needed. For example when the user clicks on a chat icon, the nav app could load & bootstrap the chat app into a sidbar area.

$rootScope will be unique for each app. If you need to communicate between apps via events etc. inject and use overmindScope instead.

Many projects will have a common ng app for reusable models, filters, services etc. You will still need to namespace these components to avoid collisions with your various apps. Also keep in mind that the components get registered for each app that uses them, so make sure they are idempotent. For example a directive that breaches its element to modify the <body> may cause you trouble when it registers multiple times (for each app that uses it).

Setting up overmind is pretty easy, the only real work is separating your apps' dependencies so they are loosly coupled from each other.

I'd like to make overmind configurable for other loaders, so you could use webpack, browserify, etc. Currenly only requirejs is supported. Also might look into support ui-router if there's enough interest.