This repository contains tools and code to extract and convert game assets of the Dungeon Siege and Dungeon Siege: Legends of Aranna games, from developer Gas Powered Games (GPG).

This project aims at reverse engineering the main file formats used by Dungeon Siege to store its game assets (i.e.: textures, 3D models, sounds) and to provide tools for converting them to more standard formats that can be opened/viewed outside the game.

At the current stage, the following file formats are implemented:

Hint: Check the misc/ directory for detailed descriptions of each format.

The goal of this project is to experiment, research, and educate on the topics of game development and game asset management. All information was obtained via reverse engineering of legally purchased copies of the games and information made public on the Internet.

Relevant source code for this project is located inside the source/ directory. The misc/ directory contains additional information such as more detailed description of the file formats, screenshots from extracted models, among other things not directly related to the code. build/ is just an empty dummy dir, but when compiling the source, that's where the binaries are outputted.

source/ is further divided into the following subdirectories:

The only dependencies of the project, at the moment, are a few Unix system calls (namely stat and mkdir) which are all contained inside LibUtils. The libraries and tools are all written using the full feature set of C++11, plus its Standard Library, so compiling will require a recent compiler like Clang or GCC. It should also compile with Visual Studio 2015 or more recent.

Mini-Z is currently the only external code required, and it is included in the thirdparty/ dir.

A premake4 script is included, which was only tested on Mac OSX with Clang and will probably not work out-of-the-box with GCC & Linux. Fixing eventual issues should be easy, nevertheless. This script is deprecated. We now have a CMakeLists.txt that should be used instead. It can generate the projects for Windows (VS) or Linux/OSX (GCC/Clang).

To generate the project files using CMake, you can use the command line or the CMake GUI for Windows.

To build using Premake on Linux/OSX, navigate to the source code root and run:

Then navigate into build/ and just run make.

The project is currently comprised of five command line tools, besides the static libraries.

All the above tools can be called with the -h or --help flags to display more detailed usage information and the other available command line flags.

A big thanks to the folks at GPG for making this awesome game, one of the best RPGs of all times, no doubt, and for making a huge amount of technical information about it available. If only the bulk of the games industry was like that, we'd have a lot better and more game developers today...

Another big thanks to Scott Bilas for providing detailed documentation and source code samples on the Tank format and other details about the inner workings of Dungeon Siege.

And lastly, the SiegeTheDay community and forums for making the 3DMax import/export scripts available. It would have taken many more months to reverse the 3D model formats if it wasn't for them!

This project's source code is released under the MIT License. 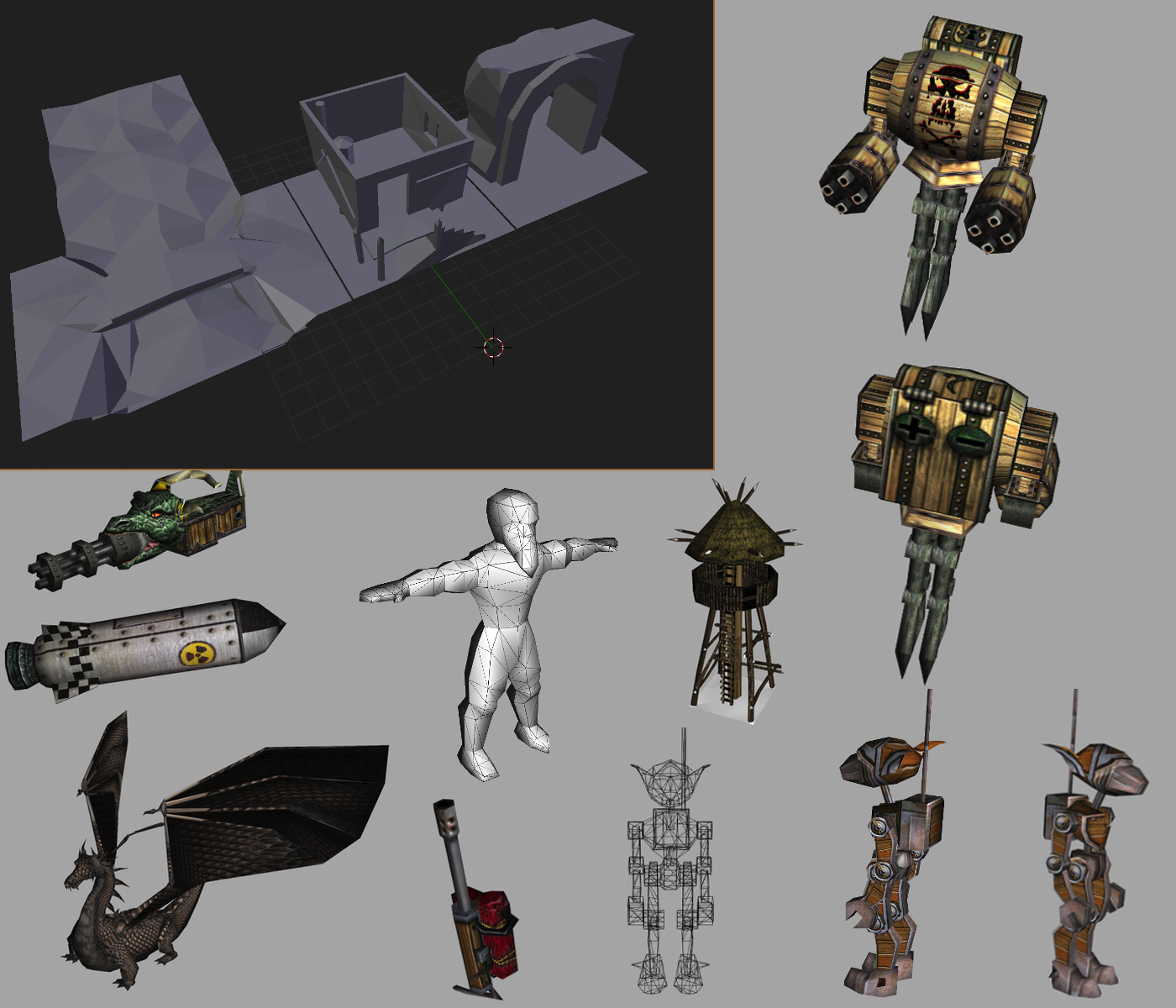 The blessings of Azunai The Defender upon you! Travel safely!