##An image georectification and feature tracking toolbox for MATLAB

On the ImGRAFT web site you will find more detailed information on the project such as:

This software is open source (See licensing details elsewhere). In addition to the formal licensing terms, We would greatly appreciate an acknowledgement. Preferably in the form of a citation and a link to the web-page.

We hope you will find this package useful. We would be grateful for any feedback and example use-cases. 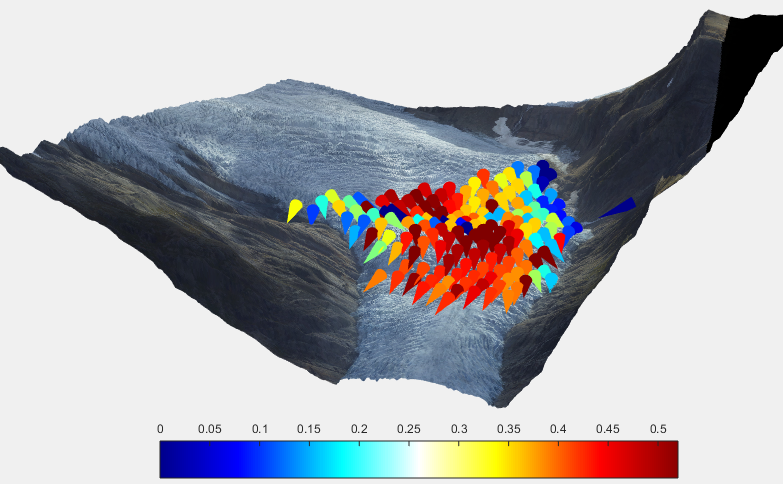 Demos included in the package.

See also the full examples on the ImGRAFT web site.

The majority of the code is licensed under a very permissive MIT license, but some routines and example data are licensed under other terms. See licensing details in LICENSE.txt and individual files.

This software has been developed at Centre for Ice and Climate, Niels Bohr Institute, University of Copenhagen as part of the SVALI project. SVALI is a part of the Top-level Research Initiative (TRI), which is a major Nordic collaborative venture for studies of climate, energy and the environment. We are also grateful to Miriam Jackson and NVE who has helped facilitate the Engabreen fieldwork and contributed with data.