OpenWebRX is a multi-user SDR receiver software with a web interface.

From 2019-12-29 OpenWebRX development is discontinued.

I'm would like to say a big thanks to everyone who supported me during this project, including those who contributed either code or donations. It has been a very fruitful 6 years, but now it's time to move on to other projects. See also my blog about that.

Know limitations of the last version:

Even though these limitations are probably acceptable in an amateur radio project, I would not build critical infrastructure on it.

For commercial inquiries (e.g. if someone wants me to develop an improved version without these limitations), I'm still open, drop me an e-mail.

Setup guide for Ubuntu | Knowledge base on the Wiki | Receivers on SDR.hu 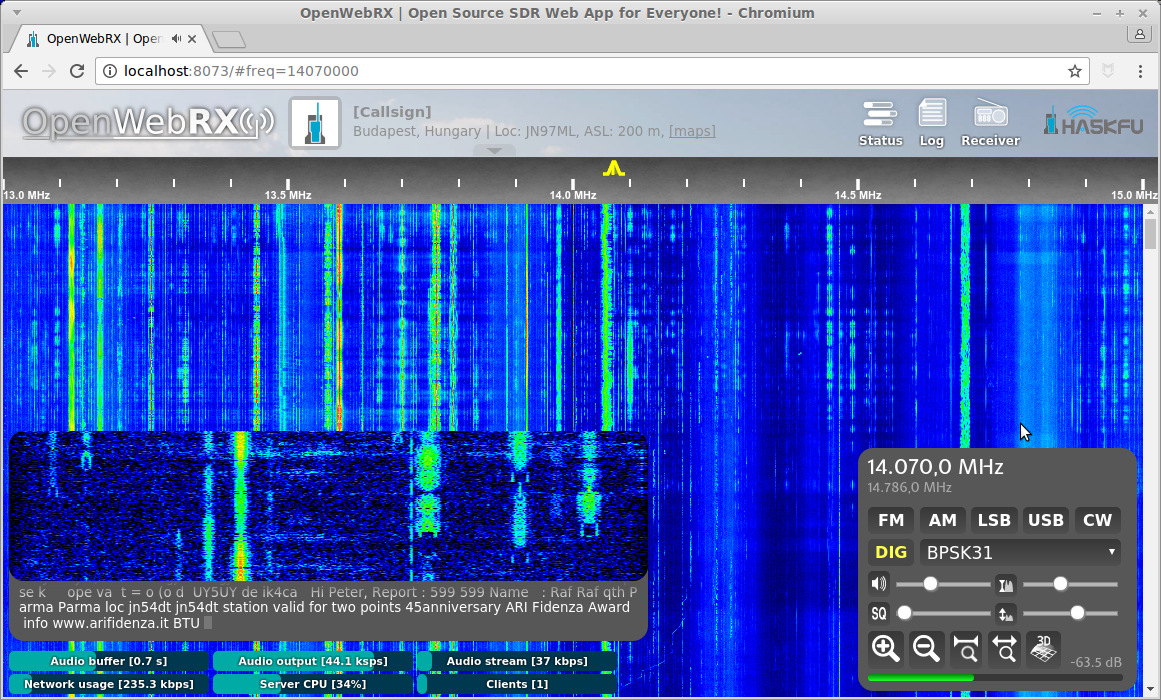 It has the following features:

When upgrading OpenWebRX, please make sure that you also upgrade csdr!

SDR.hu is a site which lists the active, public OpenWebRX servers. Your receiver can also be part of it, if you want. 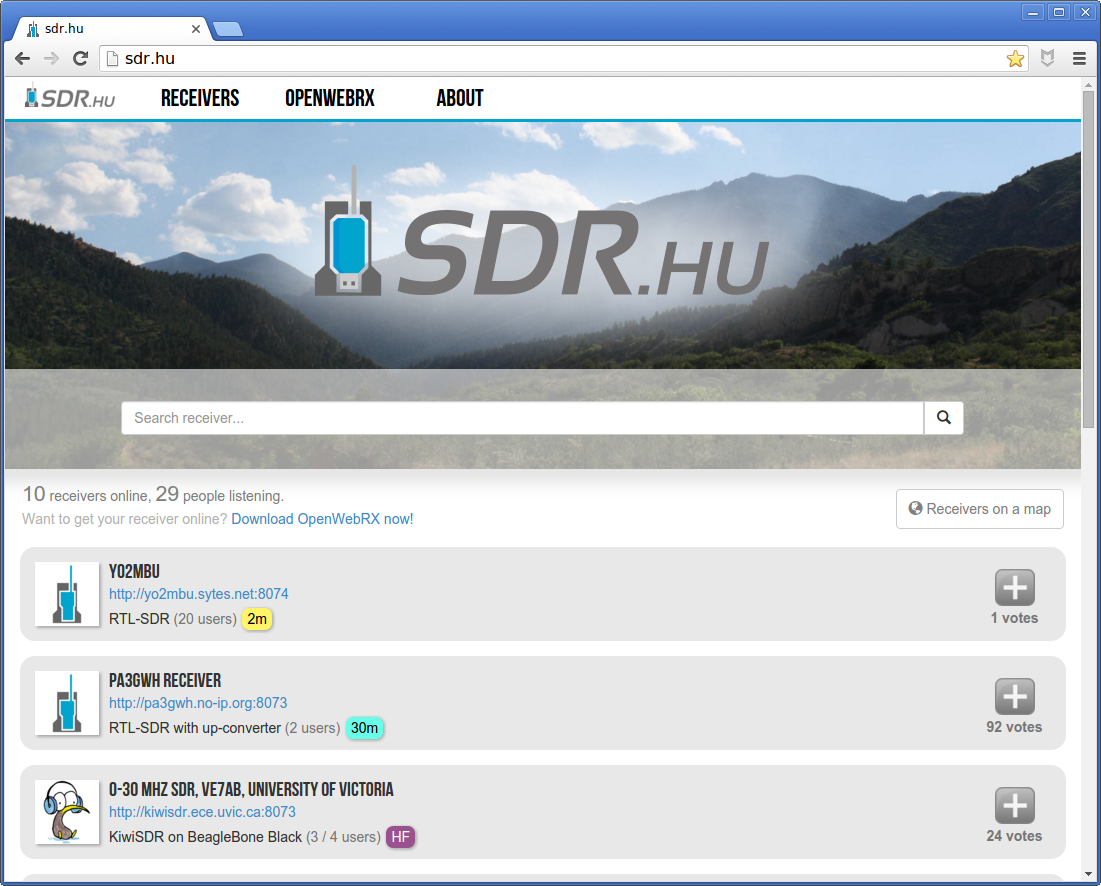 First you will need to install the dependencies:

After cloning this repository and connecting an RTL-SDR dongle to your computer, you can run the server:

Please note that the server is also listening on the following ports (on localhost only):

Now the next step is to customize the parameters of your server in config_webrx.py.

Actually, if you do something cool with OpenWebRX, please drop me a mail:
Andras Retzler, HA7ILM <randras@sdr.hu>

The filter envelope can be dragged at its ends and moved around to set the passband.

However, if you hold down the shift key, you can drag the center line (BFO) or the whole passband (PBS).

If you have any problems installing OpenWebRX, you should check out the Wiki about it, which has a page on the common problems and their solutions.

Sometimes the actual error message is not at the end of the terminal output, you may have to look at the whole output to find it.

If you want to run OpenWebRX on a remote server instead of localhost, do not forget to set server_hostname in config_webrx.py.

OpenWebRX is also available under a commercial license on request. Please contact me at the address <randras@sdr.hu> for licensing options.