The coin relay in most payphones operates using +/- 130VDC. This project uses a DC-DC converter to boost 12VDC to 130VDC. Construction and operation of this circuit should only be performed by people familiar with best practices when operating with high voltage, and using extreme caution.

I WILL NOT BE HELD LIABLE FOR INJURY OR DEATH RESULTING FROM BUILDING OR USING THIS CIRCUIT. BUILD AND USE THIS CIRCUIT AT YOUR OWN RISK.

This project aims to emulate a coin line as required by the older "dumb" (ie, non-COCOT) payphones such as the Western Electric 1D "Fortress" series. This coin line interface connects in between an Asterisk PBX and the payphone. It provides the coin control functionality as well as the ability to determine whether an initial rate has been deposited, and can also perform the "stuck coin" test.

This project is based on another open-source project (see References below) and has the following goals: 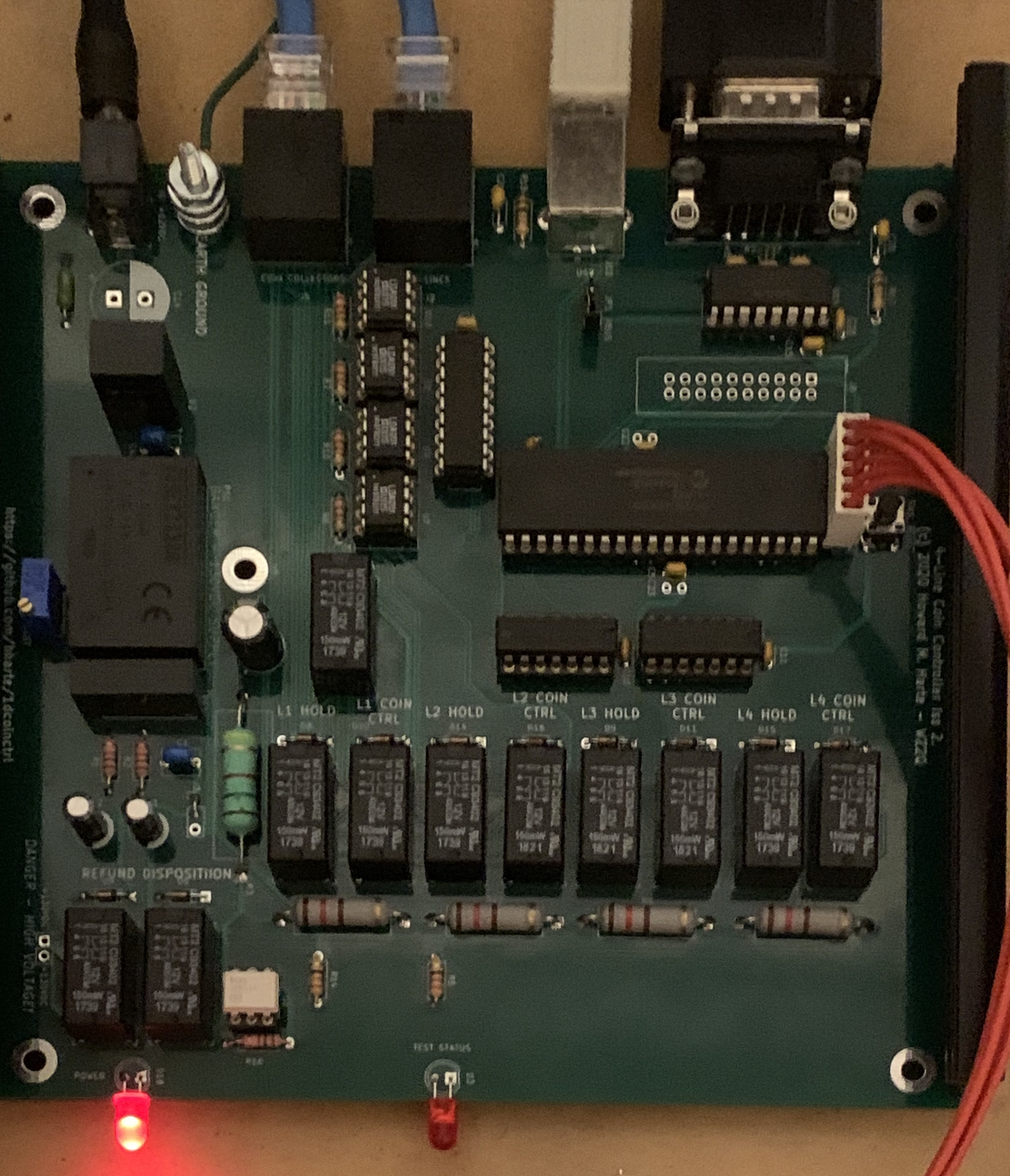 All coin line signaling happens with respect to TIP and Ground with the RING open. For the tests, current flowing when voltage is applied indicates that either a coin is present in the hopper, or the initial rate has been deposited.

Control of the coin lines is handled by a PIC18F45K50 microcontroller. This microcontroller can sense the line ON/OFF hook status, the test status, and can control the relays on the controller.

There are three relays that provide common control, and two additional relays per line.

Per-Line Relays (one each per coin line:)

There are several opto-isolated sensors in the design to provide status to the microcontroller.

The microcontroller firmware is written in the C programming language, and provides a command-line interface that uses a command set modeled after the familiar Hayes AT command set.

Commands are as follows:

Modifications to Asterisk in order to recognize the 1700/2200Hz coin tones is based on Joshua Stein's project although I modified them to treat the 1700/2200Hz tones as a 5th row/column in the standard DTMF decoding routine in Asterisk's main/dsp.c.

The Asterisk AGI script is not complete, but at present it will prompt for money and can recognize the coin tones. It will complete the call after 25 cents has been deposited.