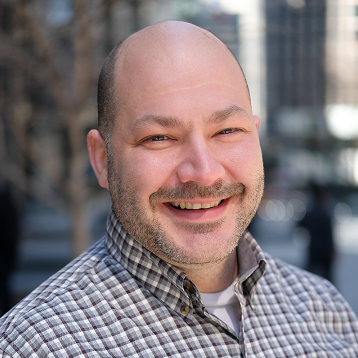 I'm an indenpendent consultant with over 30 years of IT experience (that's right, I started working two years before I was born ).

I've been working with SharePoint since is was still codenamed Tahoe (that's why my blog is called TahoeNinjas.blog) and I still love it.

I've also been using Dynamics 365 since the early days.

I worked as a management consultant with McKinsey & Company, where I learned to combine my love for problem solving and geekiness to solve business problems using cool technologies.

People seem to call me when they've tried to implement a software project unsuccessfully two or three times before.

As the self-proclaimed "World's Laziest Developer" and a certified SCRUM Master, I like to teach organizations how to succeed with the least effort possible.

I'm super-passionate about technology, user experience, and accessibility and I get to travel around the world to speak about it. I have worked in Canada, the United States, Germany, Finland, Singapore, Hungary, France, and the United Kingdom -- among others.

As a Microsoft MVP and a PnP Team member, I get to work with some of my heroes on PnP initiatives like PnP reusable controls, PnP property controls, Office365-CLI, and web part samples and extension samples.

I'm also insanely privileged to help David Warner II on a PnP initiative called Sharing is Caring, where we show people how to contribute to various open-source iniatives with hands-on workshops.

The other PnP Team members still haven't figured out that I don't know anything compared to them . Shhh!

1,606 contributions in the last year