because matplotlib is too mainstream (or you broke it like I did). Also good while debugging numerical code.

pip install hipsterplot is all you need.

Can plot a list of y values [ys] which works for evenly spaced points, or pairs of lists ([xs], [ys]) which works for heterogeneous x-spacing, or disorder in the x's (scatterplots).

In a given 'pixel', the plotted character depends how many data points map to it, so it can look good on densities. 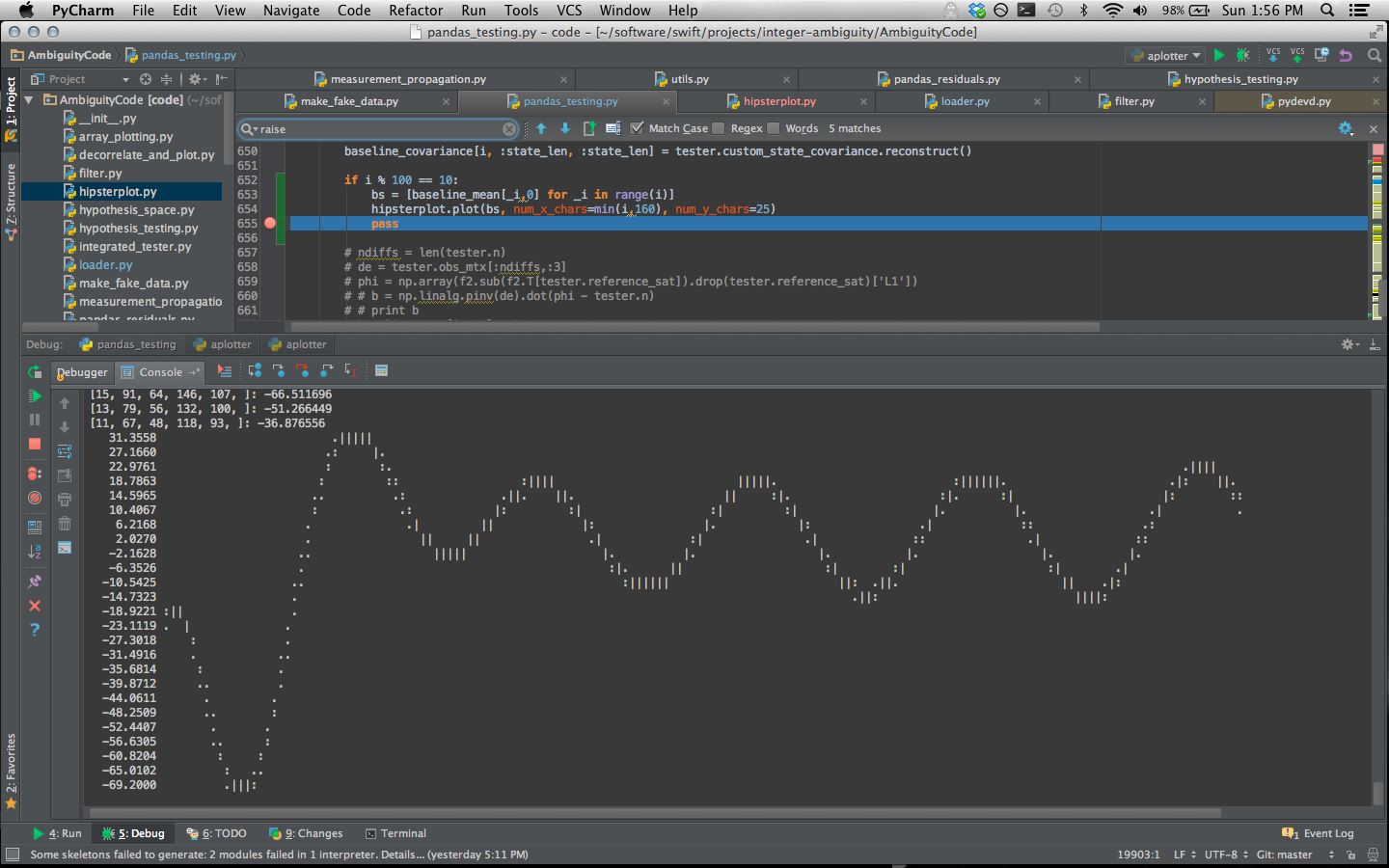 also looks good on noisy data and plots of non-functions: 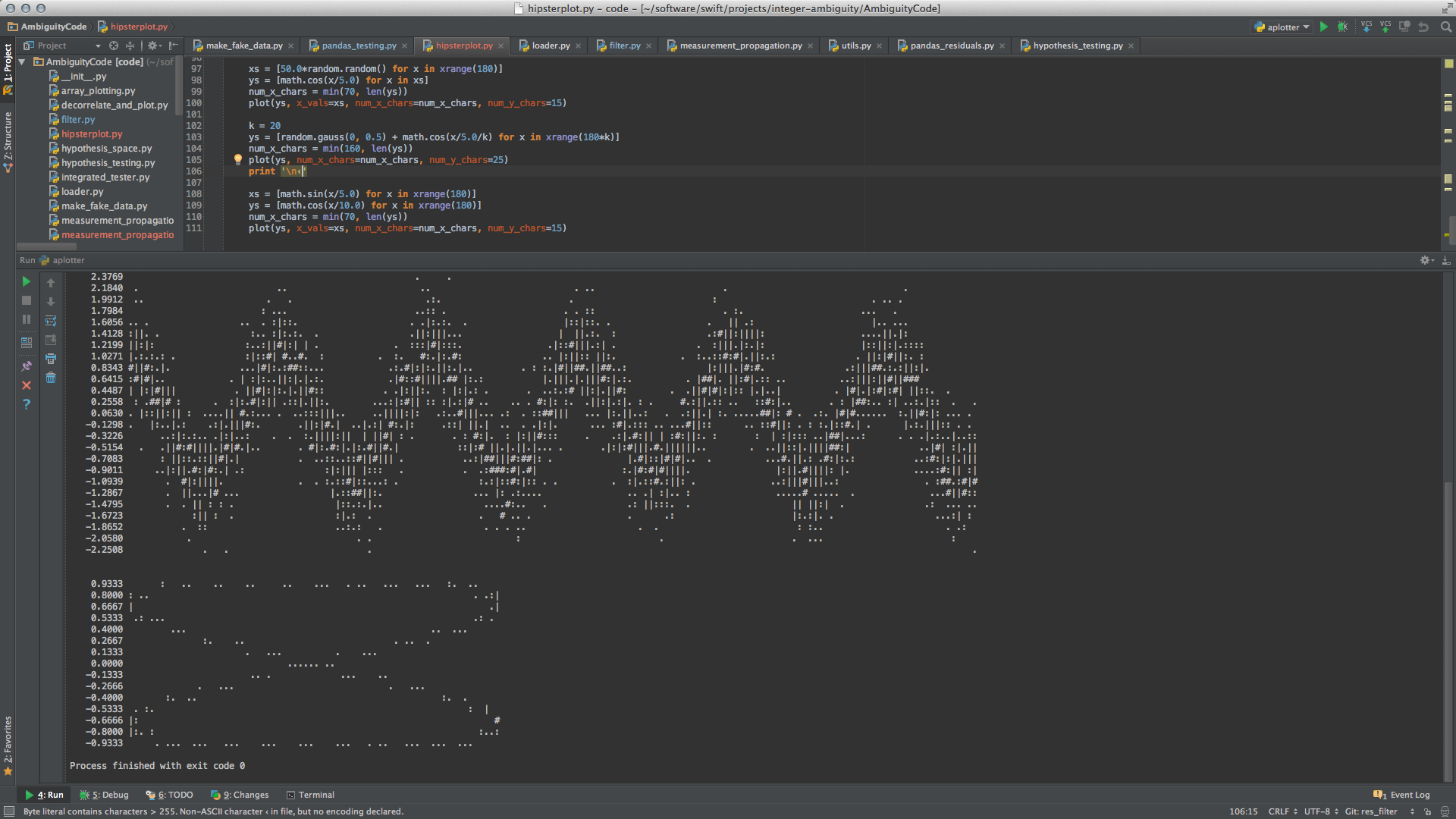 More examples in the main function of hipsterplot.py.