This is a Docker container for FileBot.

The GUI of the application is accessed through a modern web browser (no installation or configuration needed on client side) or via any VNC client. 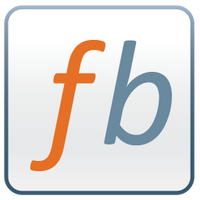 FileBot is the ultimate tool for organizing and renaming your movies, tv shows or anime, and music well as downloading subtitles and artwork. It's smart and just works.

NOTE: The Docker command provided in this quick start is given as an example and parameters should be adjusted to your need.

Launch the FileBot docker container with the following command:

Browse to http://your-host-ip:5800 to access the FileBot GUI. Files from the host appear under the /storage folder in the container.

To customize some properties of the container, the following environment variables can be passed via the -e parameter (one for each variable). Value of this parameter has the format <VARIABLE_NAME>=<VALUE>.

The following table describes data volumes used by the container. The mappings are set via the -v parameter. Each mapping is specified with the following format: <HOST_DIR>:<CONTAINER_DIR>[:PERMISSIONS].

Here is the list of ports used by the container. They can be mapped to the host via the -p parameter (one per port mapping). Each mapping is defined in the following format: <HOST_PORT>:<CONTAINER_PORT>. The port number inside the container cannot be changed, but you are free to use any port on the host side.

Changing Parameters of a Running Container

As seen, environment variables, volume mappings and port mappings are specified while creating the container.

The following steps describe the method used to add, remove or update parameter(s) of an existing container. The generic idea is to destroy and re-create the container:

NOTE: Since all application's data is saved under the /config container folder, destroying and re-creating a container is not a problem: nothing is lost and the application comes back with the same state (as long as the mapping of the /config folder remains the same).

Here is an example of a docker-compose.yml file that can be used with Docker Compose.

Make sure to adjust according to your needs. Note that only mandatory network ports are part of the example.

If the system on which the container runs doesn't provide a way to easily update the Docker image, the following steps can be followed:

For owners of a Synology NAS, the following steps can be use to update a container image.

For unRAID, a container image can be updated by following these steps:

When using data volumes (-v flags), permissions issues can occur between the host and the container. For example, the user within the container may not exists on the host. This could prevent the host from properly accessing files and folders on the shared volume.

To avoid any problem, you can specify the user the application should run as.

This is done by passing the user ID and group ID to the container via the USER_ID and GROUP_ID environment variables.

To find the right IDs to use, issue the following command on the host, with the user owning the data volume on the host:

The value of uid (user ID) and gid (group ID) are the ones that you should be given the container.

Assuming that container's ports are mapped to the same host's ports, the graphical interface of the application can be accessed via:

By default, access to the application's GUI is done over an unencrypted connection (HTTP or VNC).

When enabled, application's GUI is performed over an HTTPs connection when accessed with a browser. All HTTP accesses are automatically redirected to HTTPs.

When using a VNC client, the VNC connection is performed over SSL. Note that few VNC clients support this method. SSVNC is one of them.

SSVNC is a VNC viewer that adds encryption security to VNC connections.

While the Linux version of SSVNC works well, the Windows version has some issues. At the time of writing, the latest version 1.0.30 is not functional, as a connection fails with the following error:

However, for your convienence, an unoffical and working version is provided here:

The only difference with the offical package is that the bundled version of stunnel has been upgraded to version 5.49, which fixes the connection problems.

Here are the certificate files needed by the container. By default, when they are missing, self-signed certificates are generated and used. All files have PEM encoded, x509 certificates.

NOTE: To prevent any certificate validity warnings/errors from the browser or VNC client, make sure to supply your own valid certificates.

NOTE: Certificate files are monitored and relevant daemons are automatically restarted when changes are detected.

To restrict access to your application, a password can be specified. This can be done via two methods:

The level of security provided by the VNC password depends on two things:

When using a VNC password, it is highly desirable to enable the secure connection to prevent sending the password in clear over an unencrypted channel.

ATTENTION: Password is limited to 8 characters. This limitation comes from the Remote Framebuffer Protocol RFC (see section 7.2.2). Any characters beyhond the limit are ignored.

The following sections contains NGINX configuration that need to be added in order to reverse proxy to this container.

A reverse proxy server can route HTTP requests based on the hostname or the URL path.

Routing Based on Hostname

In this scenario, each hostname is routed to a different application/container.

For example, let's say the reverse proxy server is running on the same machine as this container. The server would proxy all HTTP requests sent to filebot.domain.tld to the container at 127.0.0.1:5800.

Routing Based on URL Path

In this scenario, the hostname is the same, but different URL paths are used to route to different applications/containers.

For example, let's say the reverse proxy server is running on the same machine as this container. The server would proxy all HTTP requests for server.domain.tld/filebot to the container at 127.0.0.1:5800.

To get shell access to a the running container, execute the following command:

Where CONTAINER is the ID or the name of the container used during its creation (e.g. crashplan-pro).

FileBot supports a cross-platform custom license model, which means that a license can be purchased and then be used on all the buyer's machines.

While FileBot can be used/evaluated without a license, certain features, like renaming files, won't work without one.

A license can be purchased at https://www.filebot.net/purchase.html.

Once purchased, the license file received via email can be saved on the host, into the configuration directory of the container (i.e. in the directory mapped to /config).

Then, start or restart the container to have it automatically installed.

NOTE: The license file is expected to have a .psm extension.

In the past, FileBot was donation supported, meaning that the author was expecting users to donate an arbitrary amount of money if they like and use the software.

The last version of FileBot supporting this model is 4.7.9. This version is implemented in container image version 1.0.2.

To revert to this version, create the container by using jlesage/filebot:v1.0.2 as the image name.

NOTE: While no license is required to use this version, it is no longer supported and maintained by the author of FileBot.

To see what the AMC script is doing, look at the container's log.

NOTE: By default, the script runs in dry mode, meaning that no change is performed. This allows you to verify that results produced by the script are correct. Then, the AMC_ACTION environment variable can be updated to perform changes to the file system.

NOTE: For the script to properly function, container folders /watch and /output must be properly mapped to the host. See the Data Volumes section.

Having troubles with the container or have questions? Please create a new issue.