The other day the Allen Institute released a dataset of elementary school science questions. And every dataset is an opportunity to build a stupid data product.

This one is a stupid science quiz generator. It's an end-to-end product with three phases: 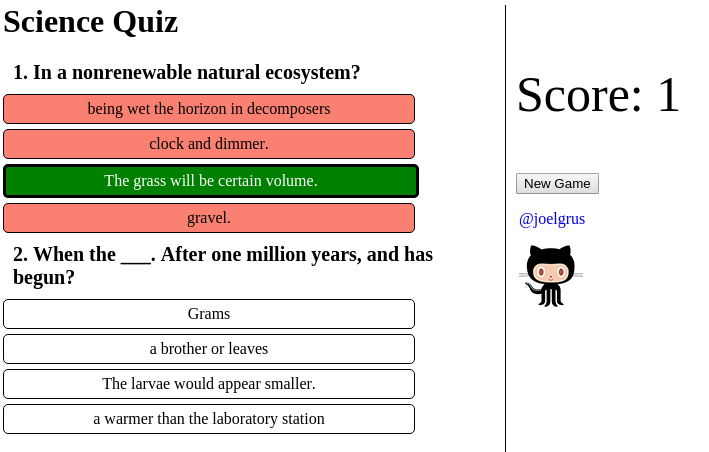 For now there's a version running at http://joelgrus.com/experiments/science-questions/

The data layer is implemented in python. (python-data)

The backend was originally implemented in Haskell (haskell-servant) but I couldn't figure out how to deploy the binary to EC2, so I also created a Python version (python-flask).

The first version of the frontend was in cycle.js (cycle-js) but for some reason it stopped working.

The current version of the frontend is implemented in PureScript (purescript-pux).