TumblTwo, an Improved Fork of TumblOne, a Tumblr Image Downloader.

New: Check out TumblThree for my beginning code rewrite using C# with WPF and the MVVM pattern.

TumblTwo, a TumblOne Fork: TumblTwo is an image downloader for the Bloghoster Tumblr.com largely based on TumblOne by Helena Craven. After supplying a url, the tool will search and download all types of images in a given resolution. You can simultaneously download from multiple blogs and enqueue others. 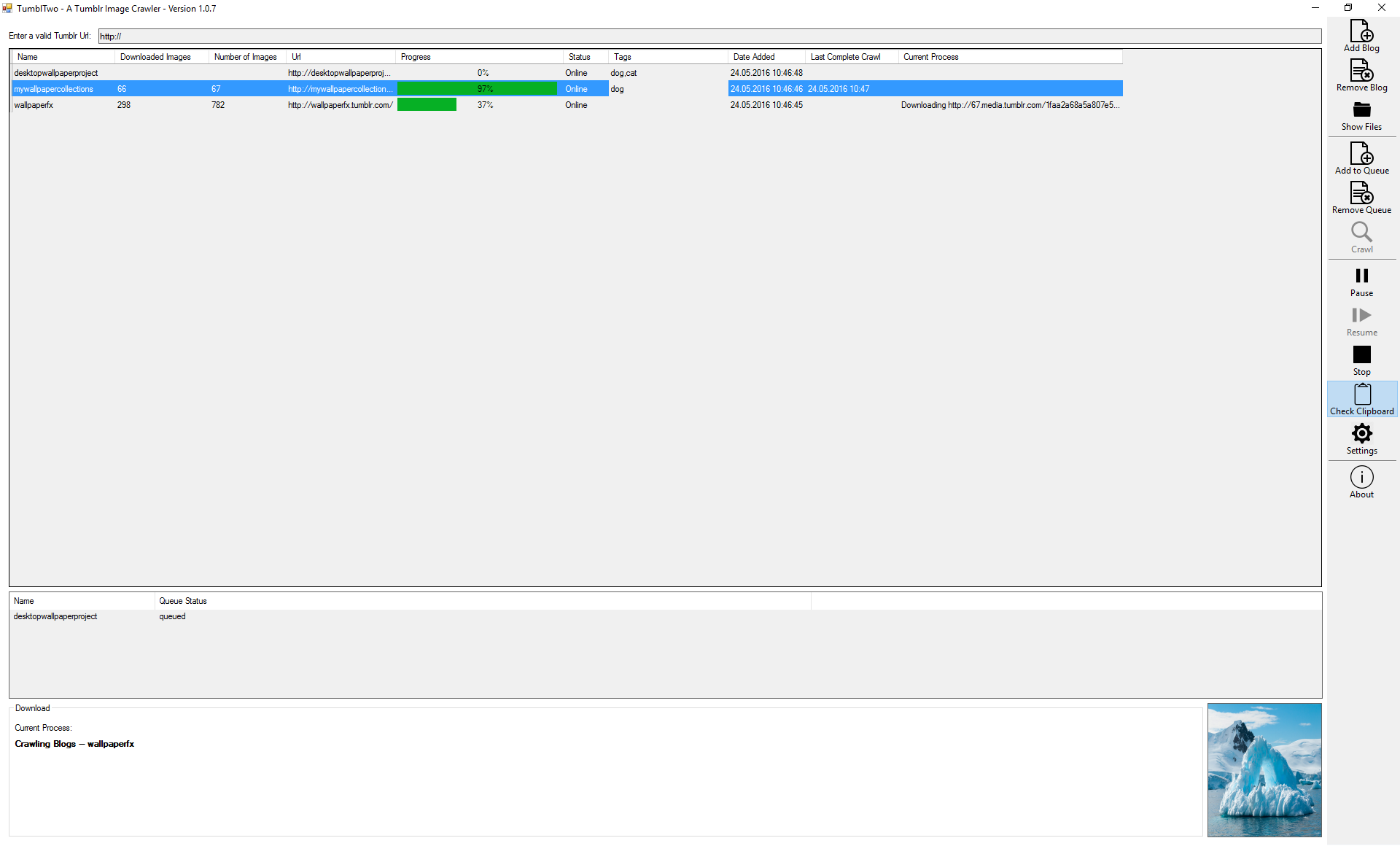 I'm completely new to C# and (safe)-threading programming and if anyone wants to help, feel free to commit. So, beware of the code ;). I'll add source code annotations over the next few days and the first git commit is the pure reverse engineered TumblOne code without any modifications from my side.