Whipped Cream is a tool which does a couple of things:

It has a CLI (command line interface) command which parses a plugin:

...and can start a web server: 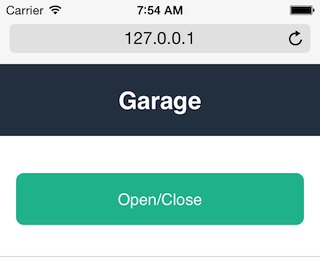 ...which can be deployed to your Pi:

Install Ruby on your computer

We recommend ruby-install for installing Ruby versions, and chruby for switching between them. RVM will also work fine.

You can also install Ruby 2.0 with Homebrew.

Install the whipped-cream CLI to your computer

That's right, we're still on your computer, not your Raspberry Pi.

Check to make sure everything works

You'll want to use the pin numbering from the BCM chip (not the actual pin number, and not the WiringPi numbers).

Gets shown at the top of the page.

Toggle a pin on or off.

Momentarily turn a pin on for 0.25 seconds.

Display something on the web page based on a pin's value.

Sensors can also be created with a block to show non-pin data.