An example Svelte application that shows how to use esri-loader to create a custom <EsriMapView> component. 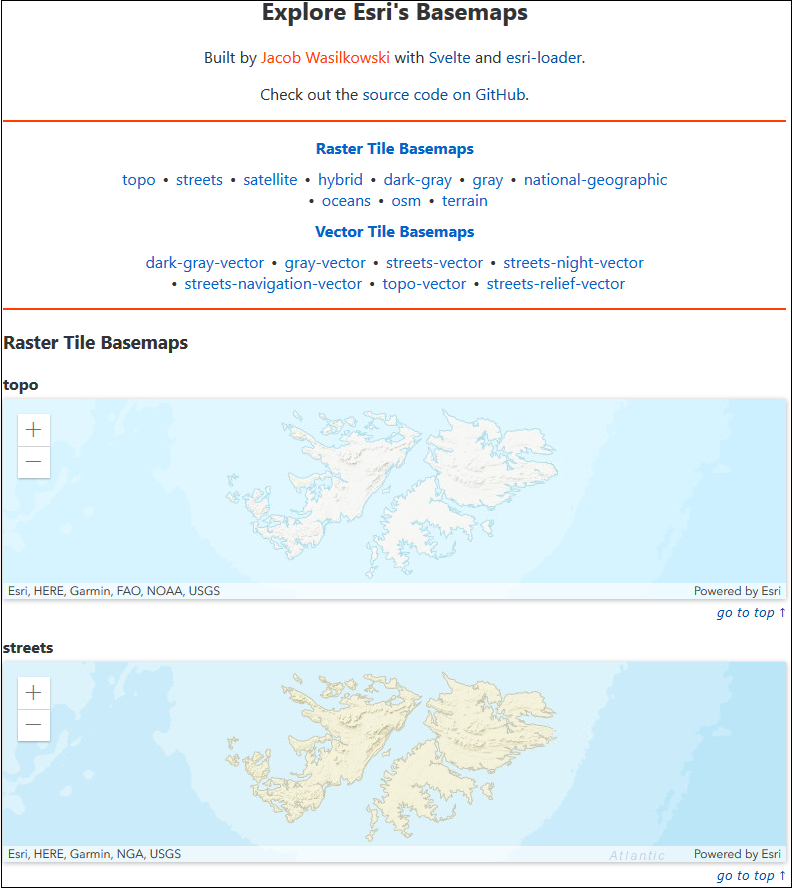 The source code in this repo was scaffolded and started with the Svelte project template. I have included the template's original README content below.

This is a project template for Svelte apps. It lives at https://github.com/sveltejs/template.

To create a new project based on this template using degit:

Note that you will need to have Node.js installed.

Navigate to localhost:5000. You should see your app running. Edit a component file in src, save it, and reload the page to see your changes.

By default, the server will only respond to requests from localhost. To allow connections from other computers, edit the sirv commands in package.json to include the option --host 0.0.0.0.

Building and running in production mode

To create an optimised version of the app:

You can run the newly built app with npm run start. This uses sirv, which is included in your package.json's dependencies so that the app will work when you deploy to platforms like Heroku.

By default, sirv will only respond to requests that match files in public. This is to maximise compatibility with static fileservers, allowing you to deploy your app anywhere.

If you're building a single-page app (SPA) with multiple routes, sirv needs to be able to respond to requests for any path. You can make it so by editing the "start" command in package.json:

Deploying to the web

Install now if you haven't already:

Then, from within your project folder:

As an alternative, use the Now desktop client and simply drag the unzipped project folder to the taskbar icon.

Install surge if you haven't already:

Then, from within your project folder: