*eless* is a combination of Bash script and a minimal emacs view-mode config.

This script is designed to:

It was created out of a need to have something like less (in the sense of launch quickly, do, and quit), but better in these ways:

I call it eless and here’s a little taste of what it looks like: 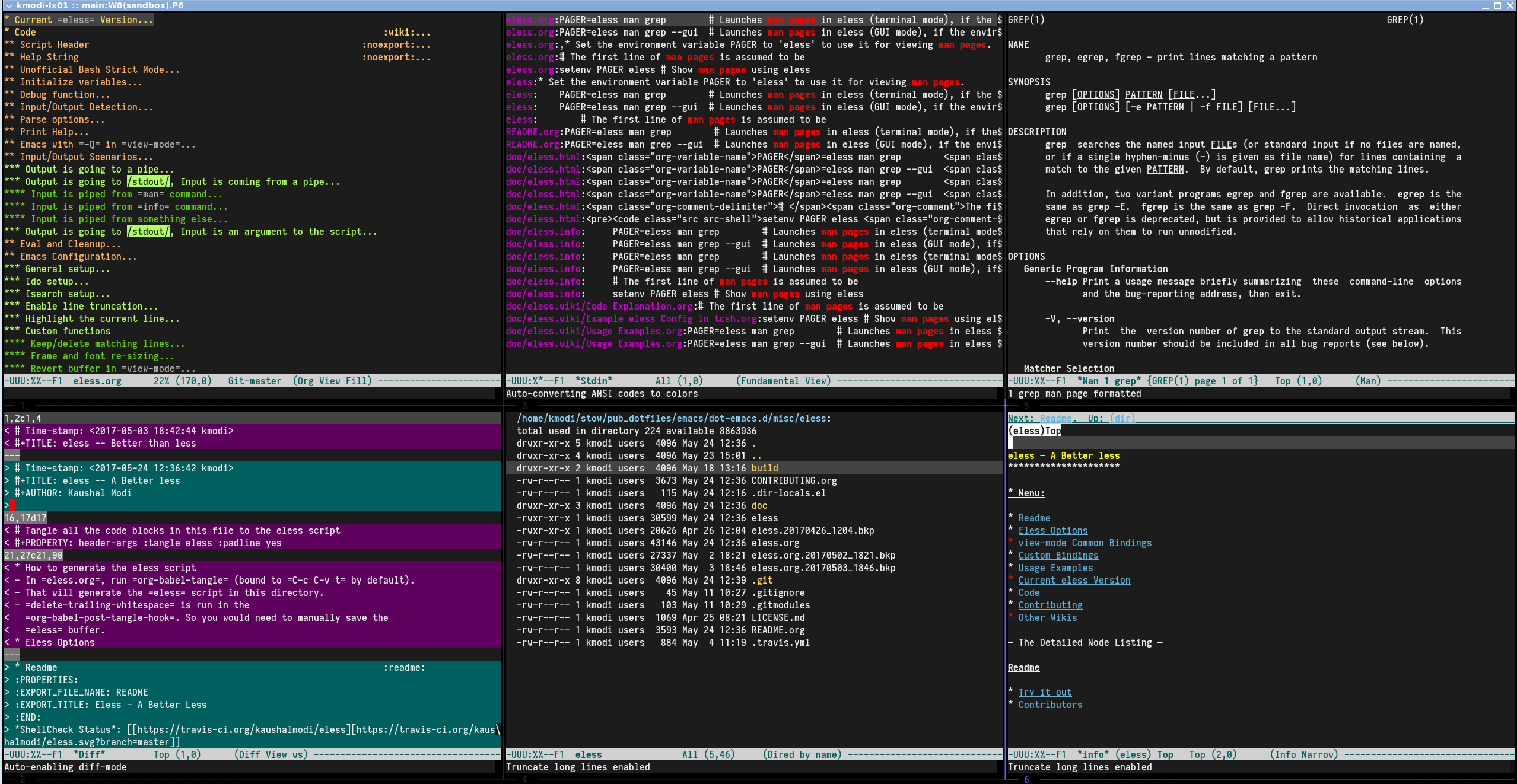 Shown above, starting from top left image and proceeding clock-wise..

NOTE 1
If the environment variable EMACS is set, eless uses that as the emacs binary, else it defaults to using emacs as emacs binary.
NOTE 2
eless is known to not work with info (texinfo) 6.1 (see eless issue #35). If you want to use eless to view Info manuals, ensure that it is at least version 6.5.

For the following instructions, let’s assume that you clone this repo to ~/downloads/eless.

The above make install will install the eless script and documentation in a directory structure like this:

NOTE
Make sure that you add <PREFIX>/bin/ directory to your PATH environment variable and <PREFIX>/share/eless/info/ to INFOPATH.

Assuming that you used PREFIX=~/.local in the Run =make= step above, uninstall it using the same PREFIX:

Here are some usage examples:

NOTE
Above examples are tested to work in a =bash= shell. Specifically, examples like PAGER=eless man grep might need to be adapted for the shell you are using, and also the OS.