WARNING: This project is at an unstable alpha stage and is not yet suitable for general use. There is no current plan for continuing the development of Kivy Designer. The repository has been archived, please contact us if you intend to maintain the project.

Kivy Designer is Kivy's tool for designing graphical user interfaces (GUIs) from Kivy Widgets. You can compose and customize widgets, and test them. It is completely written in Python using Kivy.

To install the prerequisites, enter a console (on Windows use kivy.bat in the kivy folder):

To install the XPopup enter a console (on Windows use kivy.bat in the kivy folder):

With the prerequisites installed, you can use the designer:

or download it manually from https://github.com/kivy/kivy-designer/archive/master.zip and extract to kivy-designer, and then run:

On OS X you might need to use the kivy command instead of python if you are using our portable package. 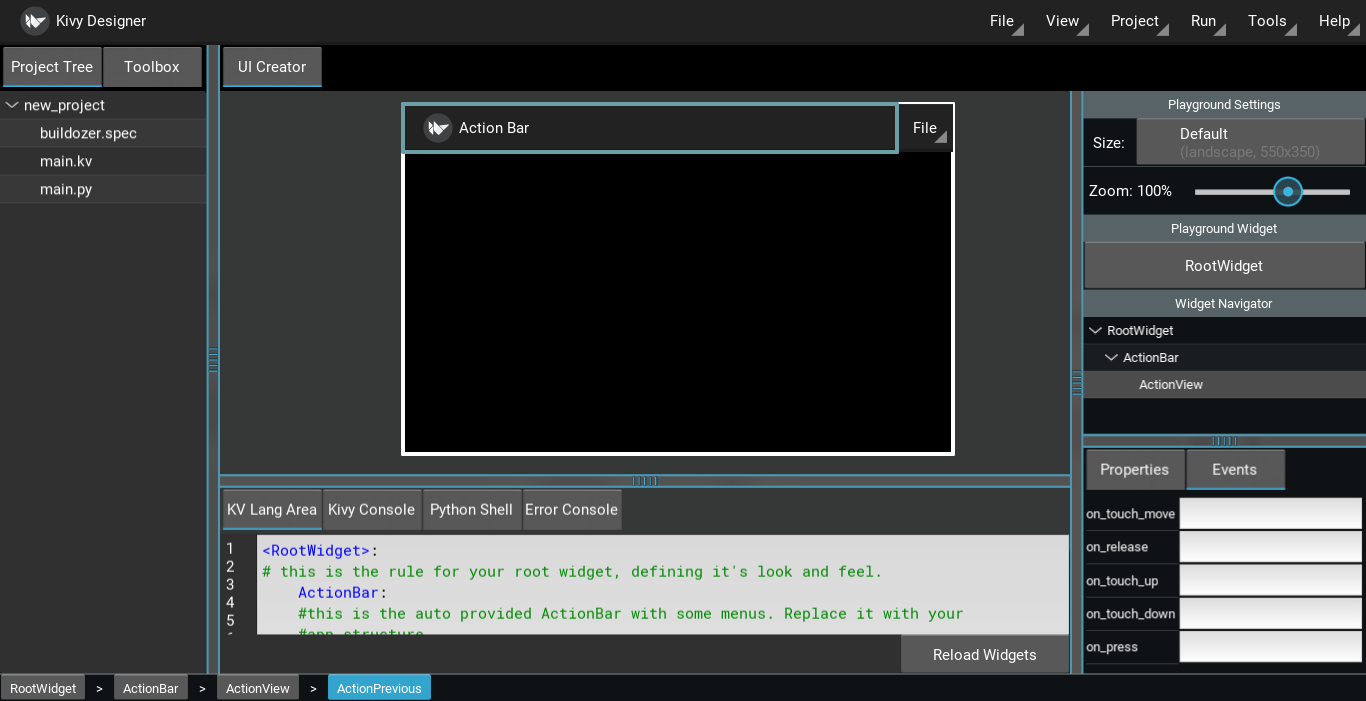 We also have an IRC channel:

We love pull requests and discussing novel ideas. Check out our contribution guide and feel free to improve Kivy Designer.

The following mailing list and IRC channel are used exclusively for discussions about developing the Kivy framework and its sister projects:

Kivy Designer is released under the terms of the MIT License. Please refer to the LICENSE file.