Simple DVI transmitter for the Digilent Arty Z7 board.

Code is part of a series of blog posts at lvoudouris.com: ​

Didn't test on Windows (will do at some point) so no guarantees. ​ Before generating the bitstream first setup the board jumpers as in the following picture:

You will also need to:

In the top directory open a terminal and run make build. This will generate the bitstream in the build/bit directory.

Then, with the Arty connected to your PC run make program.

You should see 4 different colors alternating every ~2 seconds 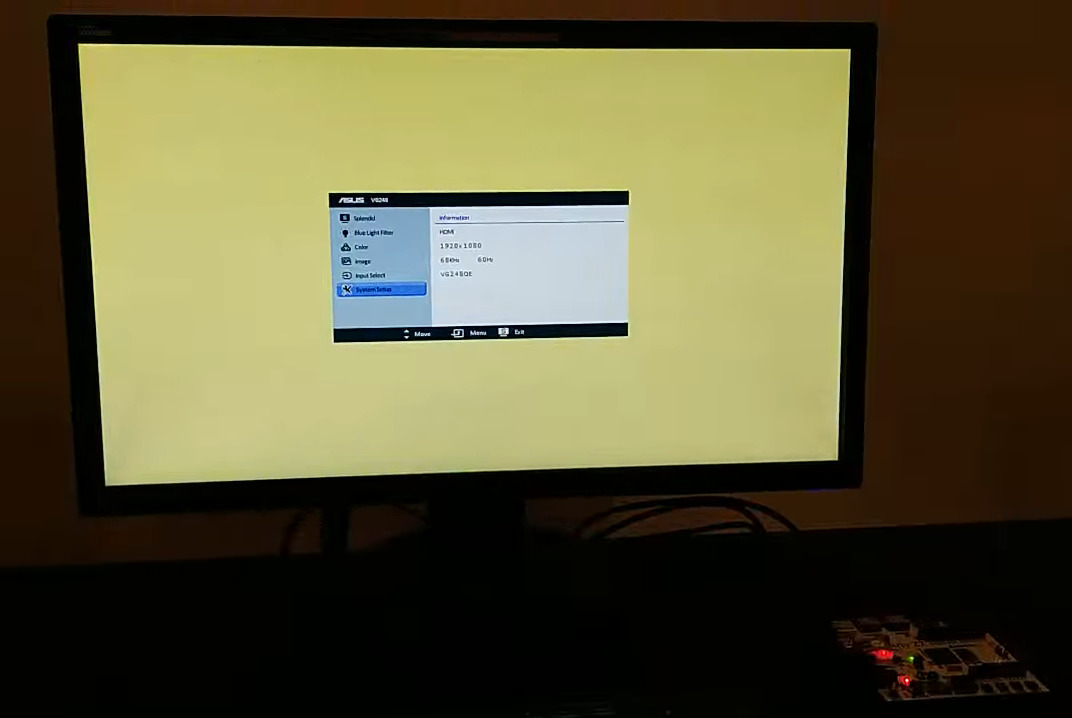