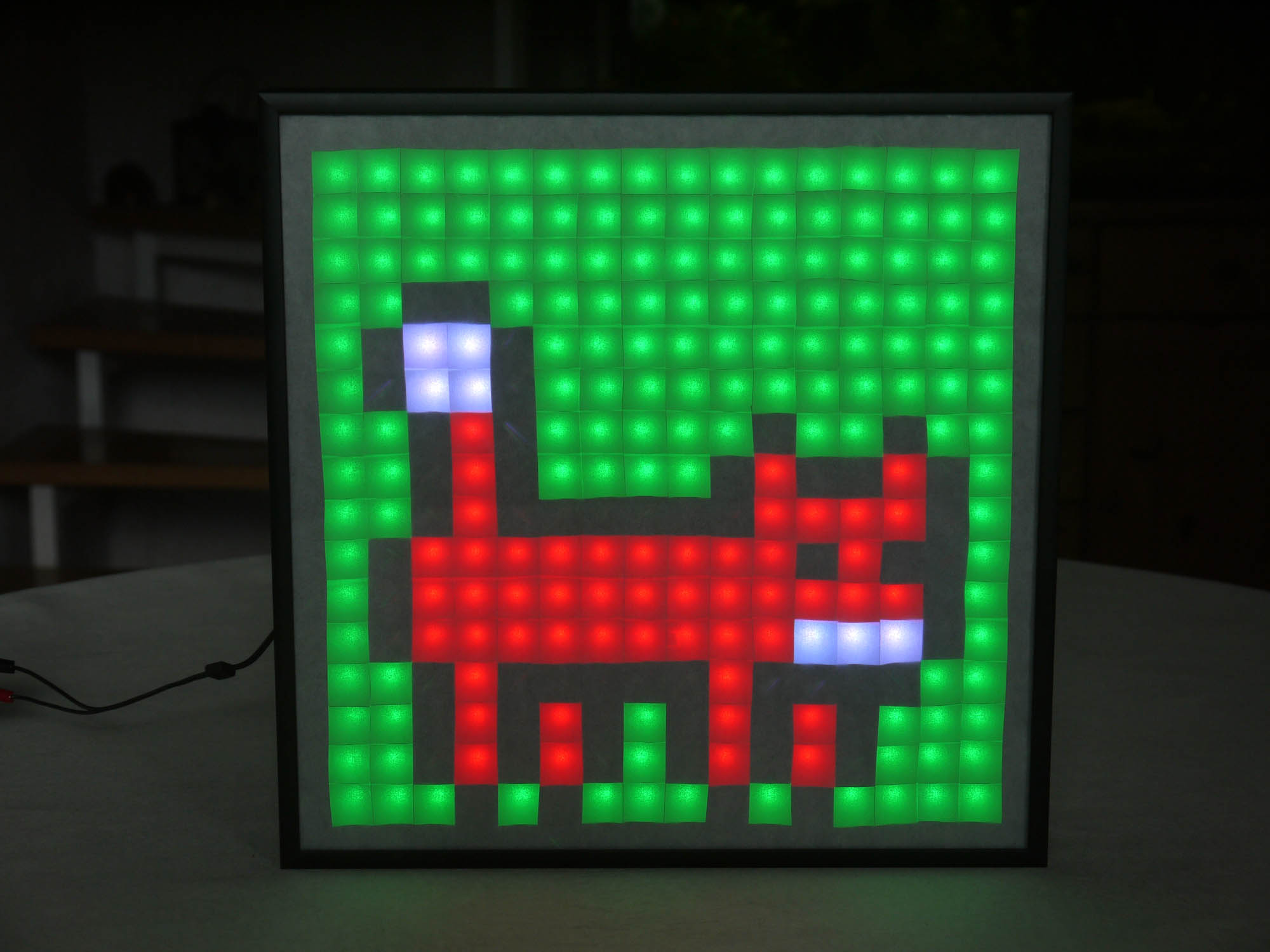 This is a collection of python scripts that run animations and games on a 16x16 matrix of WS2812B LEDs (aka Neopixel). The project is inspired by and compatible to Jeremy Williams' Game Frame.

Here is a set of photos of the hardware I use and a parts list with approximate costs:

I recommend you use this tutorial to set up the LED hardware. Make sure you install rpi_ws281x as explained in the tutorial.

Then copy this repository somewhere to the SD card, copy your andimations to the sd card and run a script.

You can edit the Screen.py file to default to the LED strip settings you used in the neopixel tutorial (especially pin and brightness).

The Screen.py script expects your LED strip to be layed out like this:

If you have a different setup, you can edit the Screen.py file to translate the 16x16 matrix on your LED strip.

To set up the software, clone this repository on your Raspberry Pi. Rename the file config.ini.example to config.ini. Make sure, the neopixel library is installed. This project uses Python 2.7.

Here are the Eboy animations and a forum for fan-made Game Frame animations.

Take a look at the files example_animation.py and example_cycle.py to display single or multiple animations.

The current gamepad code probably only works with my logitech gamepad. I'm planning to make more generic gamepad support. Until then, you need to edit the gamepad.py file and make it work with your gamepad.

The file menu.py provides a visual menu to select from the available modules such as animations and games. For me, this is the default way of using the LED screen. You need a gamepad for this to work.

You can test all software without a Raspberry Pi, Gamepad or LED matrix. To do so, set up the software as described above and edit the config.ini file. Set virtualhardware to true. Try to run menu.py, a window with a simulated screen should open. Note that this requires pygame which you may need to install.